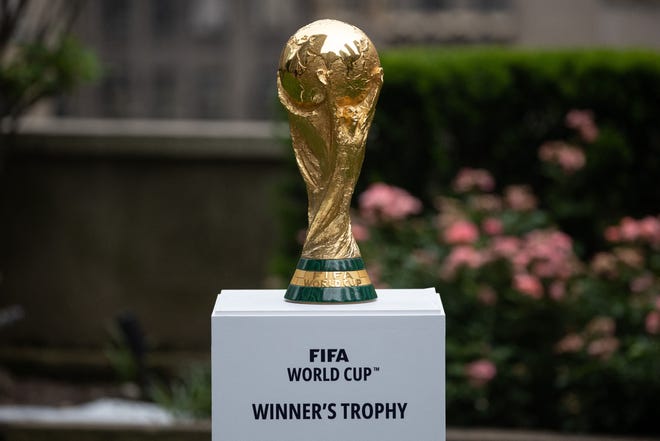 Tennessee Titans CEO Burke Nihill said 75% of the conversation with FIFA about hosting the 2026 World Cup at Nissan Stadium regarded the field itself. It turns out uncertainty around the stadium surface led to the World Cup bid’s demise.

“We answered all of their questions and we felt strong that the stadium wasn’t going to be an issue and I guess we’ll never know,” Nihill said.

Nashville led with Nissan Stadium for its bid. But since February, the Titans have rolled out development plans for a new $2.2 billion stadium on the East Bank, aiming to finish in time for soccer’s big dance.

Nashville was not selected Thursday as one of the 11 U.S. cities, and five from Mexico and Canada, to host soccer’s global governing body’s first 48-team tournament and first held by three nations. Despite its knack for a massive party, Nashville couldn’t convince FIFA its current stadium would suffice with a newborn venue on the horizon.

Here’s our breakdown of Nashville’s failed bid to host the 2026 World Cup.

Nashville Convention and Visitors Corporation CEO Butch Spyridon hopped on a Zoom conference call in late February with fellow bid committee members to field questions from FIFA about its recently revealed plans for a new stadium.

“They grilled us and we answered them and then we put it in writing,” he said.

FIFA’s requirements for Nissan Stadium were to knock out the corners, add modern and sufficient amount of VIP hospitality areas and a new field surface system. A new closed-air stadium meant “meeting the criteria, and then some,” Spyridon said last week.

However, an ideal start time for construction for a minimum 30-month project would be this fall, leaving less than two months of room for error and FIFA approval.

“I’m not willing to blame the stadium,” Spyridon said. “I would admit it raised questions and I feel like we more than answered and gave them the insurances that they needed.”

With an expected 11 U.S. slots to shoot for, Nashville was competing with the likes of Kansas City, Missouri and Houston, to join behemoths New York/New Jersey, Los Angeles, Dallas and Miami.

But to Nashville’s surprise, FIFA divvied its cities of choice by three regions: West, Central and East. Surprisingly, Atlanta was placed into the central region, rather than the east. That’s in addition to Kansas City and Houston.

“I think that worked against Nashville because there were two or three very strong candidates in our group,” said Nashville SC CEO and bid committee member Ian Ayre. “So you really are then fighting amongst a bunch of people for a smaller thing.”

Growth to be had as soccer city

Nashville has the sufficient training facilities like Vanderbilt University and Geodis Park. Broadway remains as the haven that hosted 600,000 fans for the 2019 NFL Draft.

The lost 2026 World Cup bid might have deterred soccer growth in Tennessee, but it won’t stop it. Nashville won’t let it.

“There’s so many great things that could still happen here for soccer in this city and I don’t mean just Nashville Soccer Club,” Ayre said. “I mean big international games, wherever in the city and we’ll always be after that.”

Correction: This story has been updated from the original version, which stated that Tennessee Titans CEO Burke Nihill had revealed a new stadium plan to FIFA four years ago. The Titans did not reveal plans until February 2022.