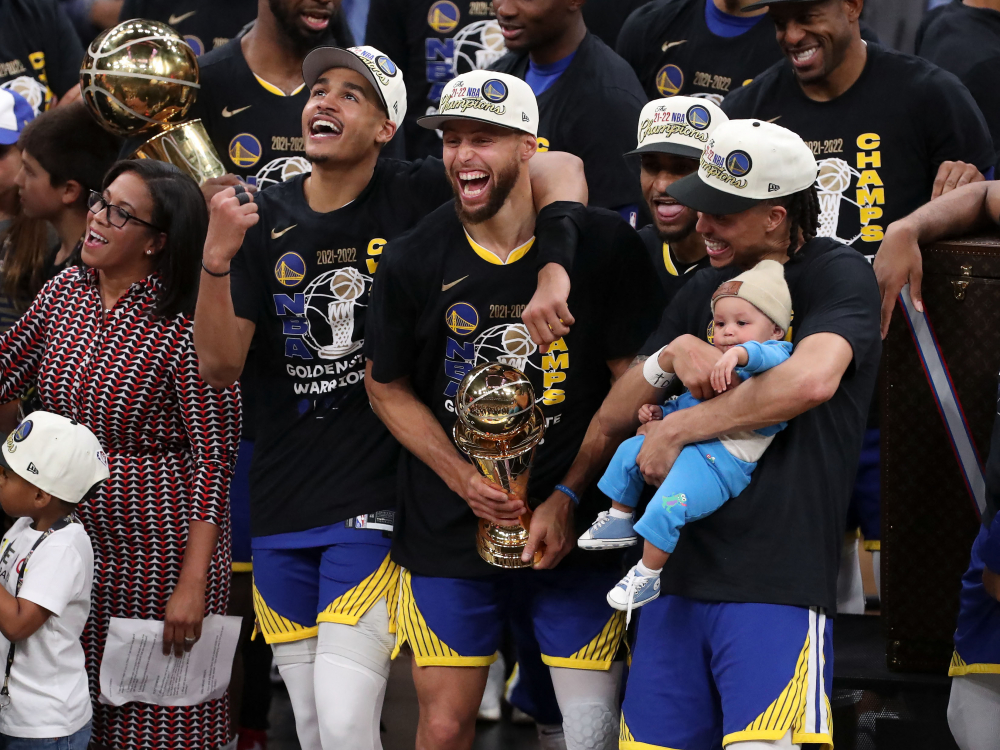 During the post-game press conference, the first question Curry received was about the meaning of becoming the Finals MVP, but the 34-year-old wasn’t having it.

“Forget that! We champs!” Curry replied. “Why are you starting with that question? We got four championships. You know, God is great. The ability to be on this stage and play with amazing teammates. This one hits different.”

Curry was also happy for Draymond Green, Klay Thompson, and Andre Iguodala, with whom he won all four championships.

“This one hits different for sure, knowing what the last three years meant, what it’s been like,” Curry said. “Injuries, the changing of the guard, rosters, the young guys. Now, we got four championships. Me, Dray, Klay, and Andre.

“Finally got that bad boy,” Curry added, referring to the MVP trophy. “It’s special. Everybody mattered in that process.”