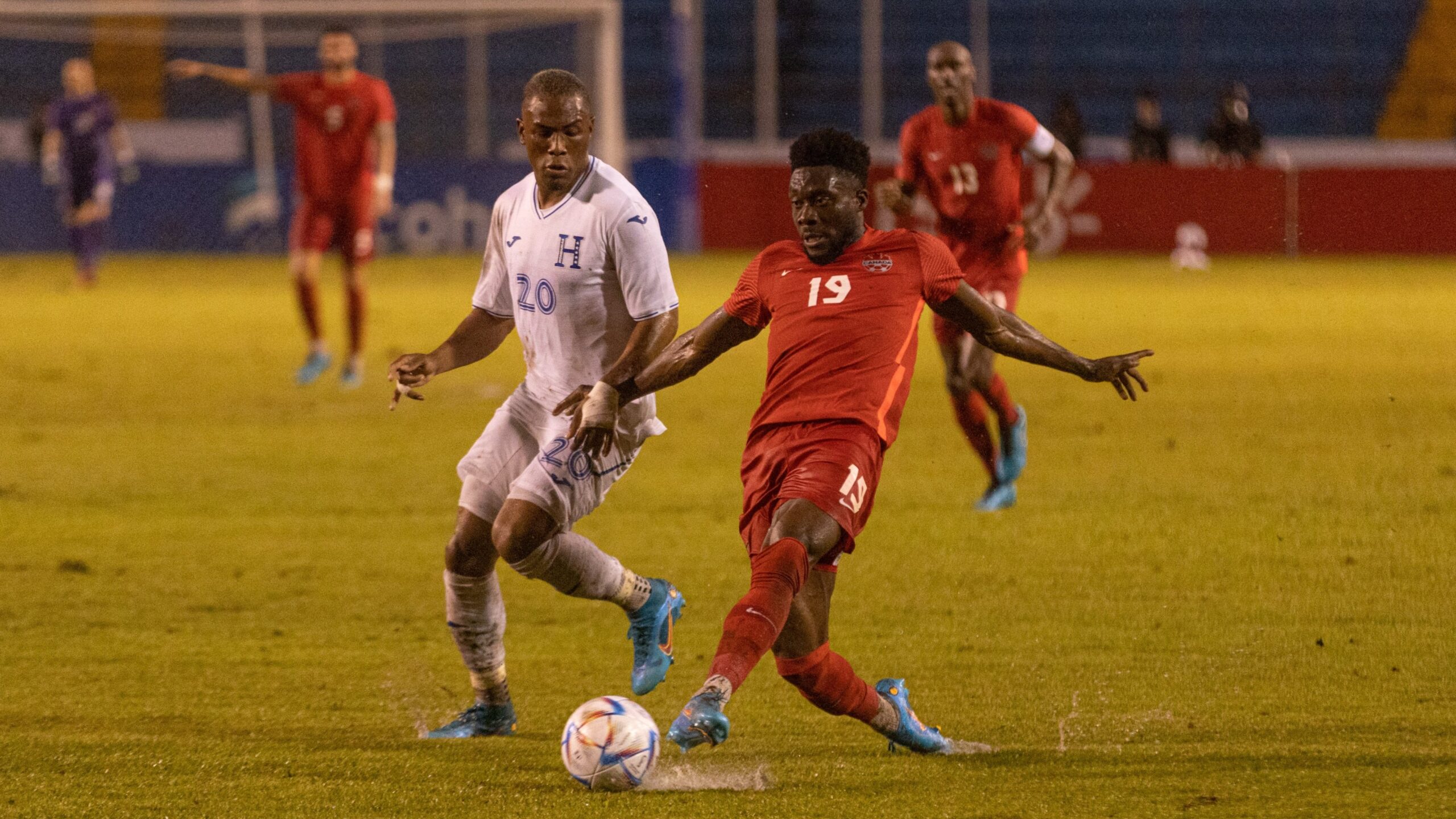 Drenching rains in San Pedro Sula made for treacherous footing, with balls played to feet often eaten up by massive puddles, making build-up play or combinations extremely difficult on the water-logged pitch.

The hosts managed the conditions best in the first half, striking first in the 13th minute. Kevin Lopez latched onto a Romell Quioto cross, took it down off his chest following a bounce and slotted a low shot inside the far post to put Honduras in front.

John Herdman made four changes just before the hour mark in the hopes of getting anything out of the match, other than being soaked.

Alphonso Davies drew a threatening free-kick soon thereafter, but the former Vancouver Whitecaps homegrown slipped on his attempt and the ball scuffed wide in the 63rd minute. All Canada had to show for that chance was a divot Davies immediately replaced.

Honduras put the match away in the 78h minute through Minnesota United midfielder Kervin Arriaga, who took a ball cut back by Edwin Solano and put his deflected shot past Milan Borjan.

Canada had a late lifeline when Jonathan David ran onto a Cyle Larin through ball and tapped it past onrushing Honduran goalkeeper Luis Lopez four minutes from full time.

Les Rouges’ chances of nicking a late goal got washed away when Alistair Johnston was sent off in the fourth minute of second-half stoppage time for a second bookable offense.