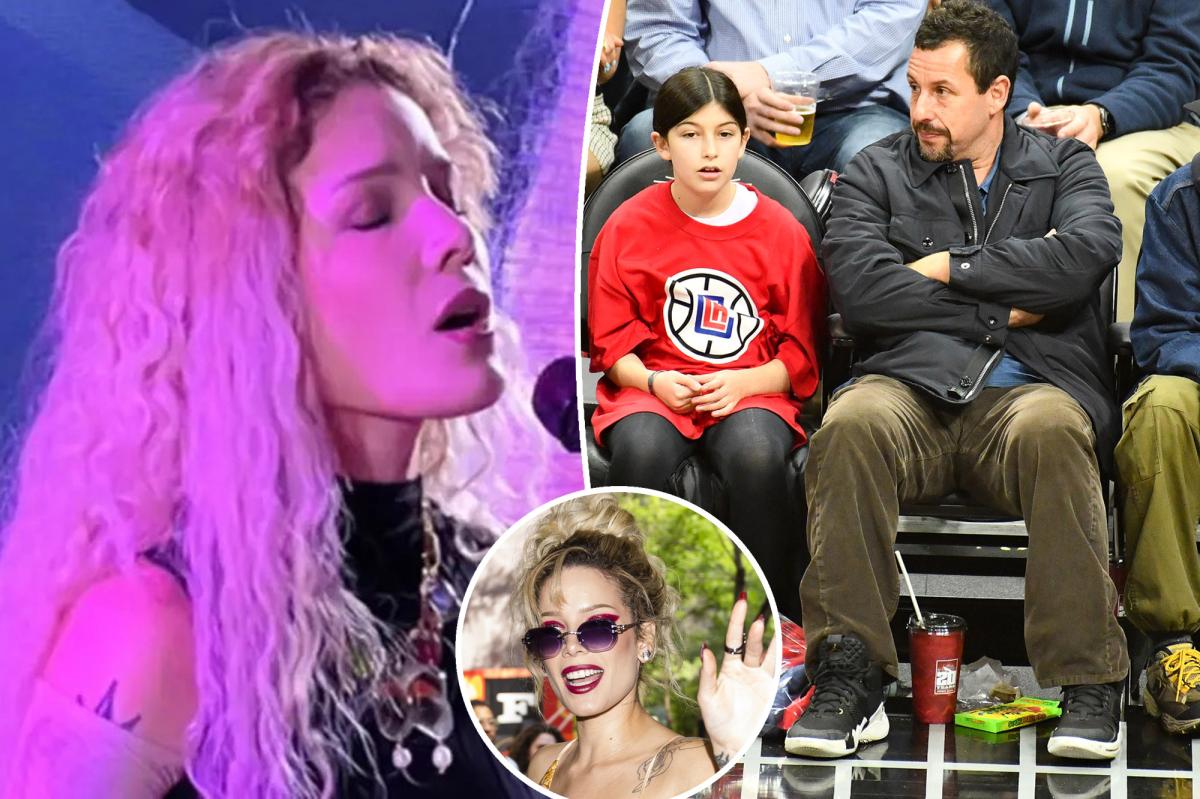 The Sandlers know how to party – just ask Halsey!

The singer – who performed during a bat mitzvah for Adam Sandler’s 13-year-old daughter Sunny back in May – compared the celebration to California’s iconic Coachella Valley Music and Arts Festival.

“First of all, it was the craziest bat mitzvah I’ve ever seen in my life,” Halsey, 27, told Jimmy Fallon during their guest appearance on “The Tonight Show.”

“As you would expect from Adam Sandler. It was like… I mean, it was like Coachella. I couldn’t believe it. I was like, ‘Wow, you guys booked me?’ I was really honored.”

Halsey, who uses “she/they” pronouns, also said that celebrating alongside Adam, 55, felt like a “full circle moment” – as they used to watch his movies “all the time.” 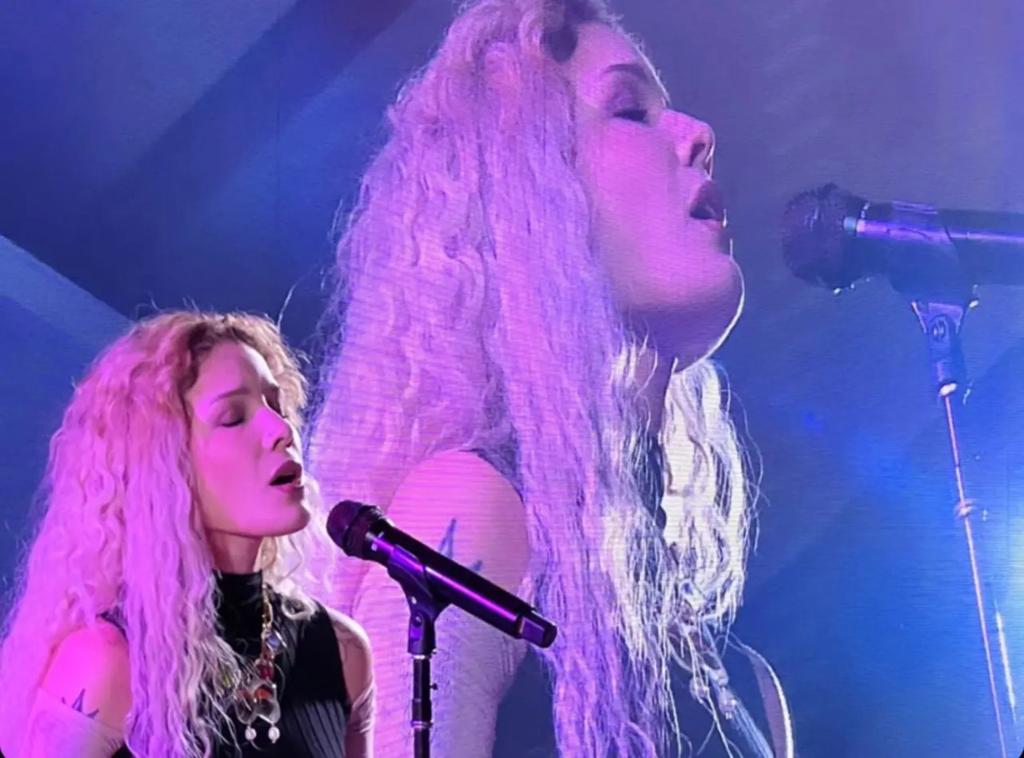 Halsey performed during Adam Sandler’s daughter’s bat mitzvah and compared it to Coachella. 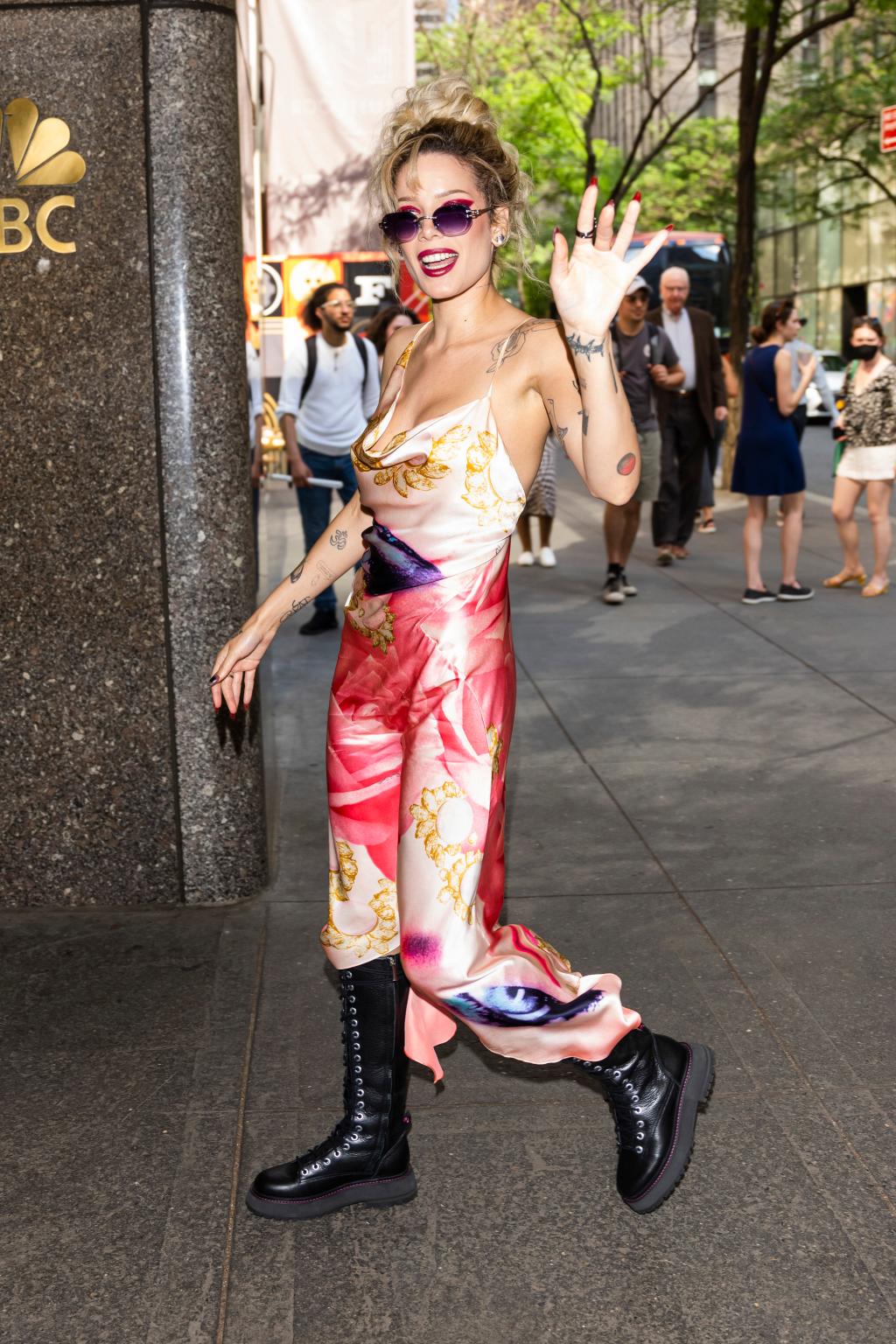 Halsey claimed they felt “honored” to be hired for Adam Sandler’s party.

Page Six reported that the retired athlete was seen kissing…

“My dad is a huge golfer and loved ‘Happy Gilmore’ and used to watch it all the time. So the first sentence I ever said in my life was, ‘Go to your home, ball,’” they told Fallon, quoting the iconic 1996 movie.

Of course, Halsey wasn’t the only one who got to party it up alongside Adam. The star-studded party included everyone from Jennifer Aniston and Charlie Puth to Taylor Lautner.

As for Coachella? Halsey is a veteran of the Indio, Calif., music festival. Earlier this year, they were spotted attending the event as Harry Styles headlined.

The former One Director member brought out surprise guest Lizzo to perform the band’s hit “What Makes You Beautiful,” as well as Gloria Gaynor’s “I Will Survive.”

In 2016, Halsey performed at the festival and brought out her own special guest – Panic! At The Disco frontman Brendon Urie.

“When I was young, there was one band that changed my f–king life!” the singer told the crowd at the time, before they sang “New Americana” and “I Write Sins Not Tragedies” together.