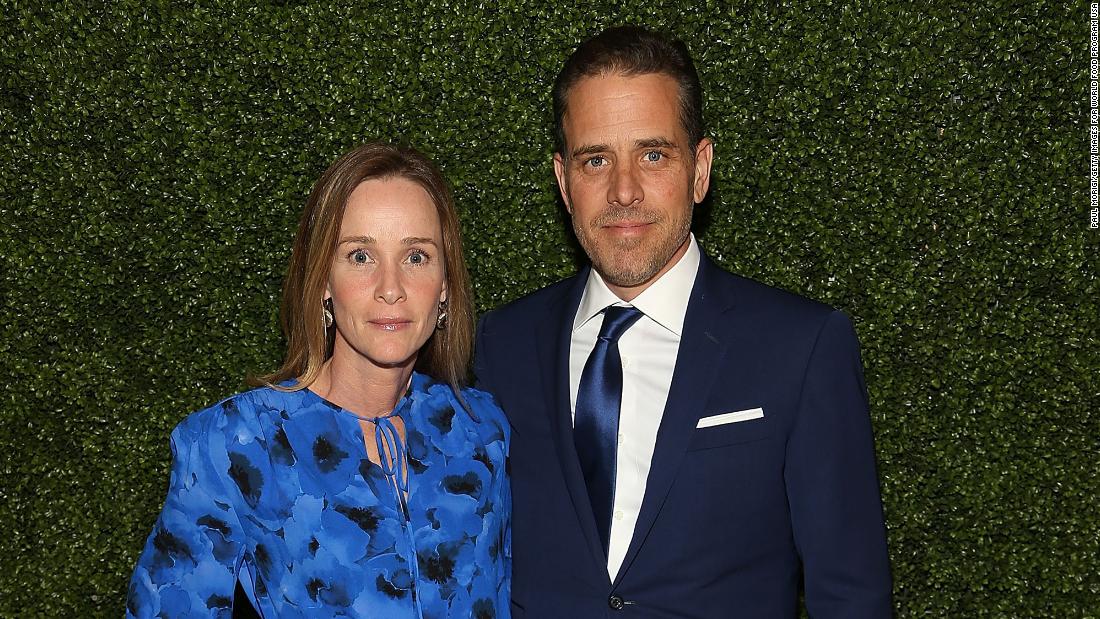 “This was one of the harder parts for me to write, and to acknowledge,” Buhle told ABC’s “Good Morning America” in her first televised interview about her new memoir, “If We Break,” which goes on sale Tuesday.

“It’s embarrassing to say that I ceded all financial control to my husband,” she said, adding, “I liked the nice things. And I didn’t want to think about the cost at which they were coming.”

Hunter Biden is at the center of an ongoing Department of Justice investigation into his financial dealings and his taxes. Buhle said Tuesday she would not be helpful if she is questioned by the government, saying: “No. I buried my head in the sand.”

CNN has asked the White House and Hunter Biden’s lawyers for comments on Buhle’s interview.

She acknowledged she was aware the couple owed money to the Internal Revenue Service in the early 2000s, but Hunter Biden told her he had “set up a payment plan and he wasn’t worried.” The couple divorced in 2017 after 24 years of marriage.

Buhle was asked about Biden’s business relationships and whether his proximity to power aided in his dealings. She said Biden was aware he was part of a political dynasty and that his last name carried weight but did not explicitly connect that she was aware he used his family connections to procure deals.

“He has always acknowledged the benefit and the advantage of coming from a prominent family,” said Buhle.

Buhle also discussed Biden’s years of addiction and was asked whether she recognized the person he was in in the many publicly released photographs of him in the throes of his drug and alcohol addiction as the person she was married to.

“Not at all,” said Buhle. “He was struggling under a massive drug addiction and that’s heartbreaking and painful.”

Buhle dodged a question about where her personal relationship with President Joe Biden and first lady Jill Biden presently stands. In 2017, Joe Biden issued a statement saying he and Jill Biden supported the romantic relationship Hunter Biden was having with his late brother Beau Biden’s widow, Hallie Biden — Buhle’s sister-in-law.

“The one thing I’ve never ever questioned was Joe and Jill’s love and attention to my three daughters,” said Buhle. “The divorce was hard on all of us.”

Buhle resides in Washington, DC, where she said she has recently started a women’s club to help those in need.