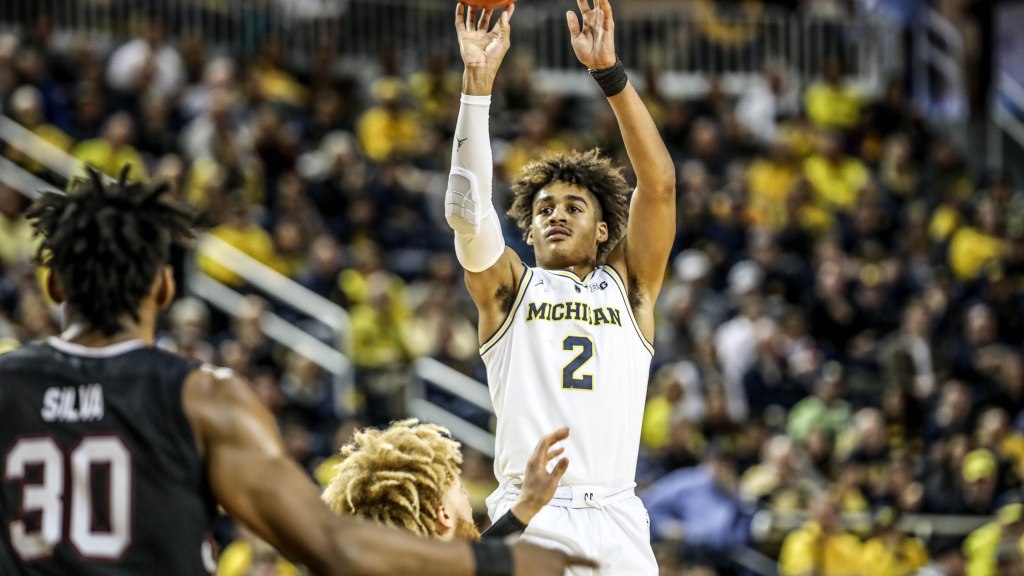 During game two of the NBA Finals, Jordan Poole hit a 39-foot buzzer-beater at halftime against the Boston Celtics — the former Michigan basketball marksman was at it again on Monday night during game five.

This time around the buzzer-beating machine hit a 33-foot shot to end the third quarter to give the Warriors a 75-74 lead going into the final quarter. As you can see below, Poole got the shot off with 0.1 seconds left to give Golden State the lead — the crowd went nuts.

Poole did the most out of his 14 minutes played on Monday. He went 4-for-8 from the field, and 3-for-6 from 3. Poole finished the game with 14 points and helped energize the Warriors to end the third quarter.

During the postseason, Poole is third on Golden State in scoring with 17 points-per-game while he has averaged 28 minutes-per-game. Poole is shooting 39.2% from 3 and he is leading his team in that category of anyone that attempts three or more 3-point shots a game.

Poole has been talked about as a very improved NBA player this season, and the stats really show why. During has averaged 8.8, 12, and 18.5 points-per-game during each regular season he has played in respectively. The 3-point numbers have also backed that up while he has shot 27%, 35%, and 36% from deep in each regular season he has played respectively.

The Warriors now lead the Celtics 3-2 and Golden State will look to win its seventh NBA Title on Thursday night in Boston.