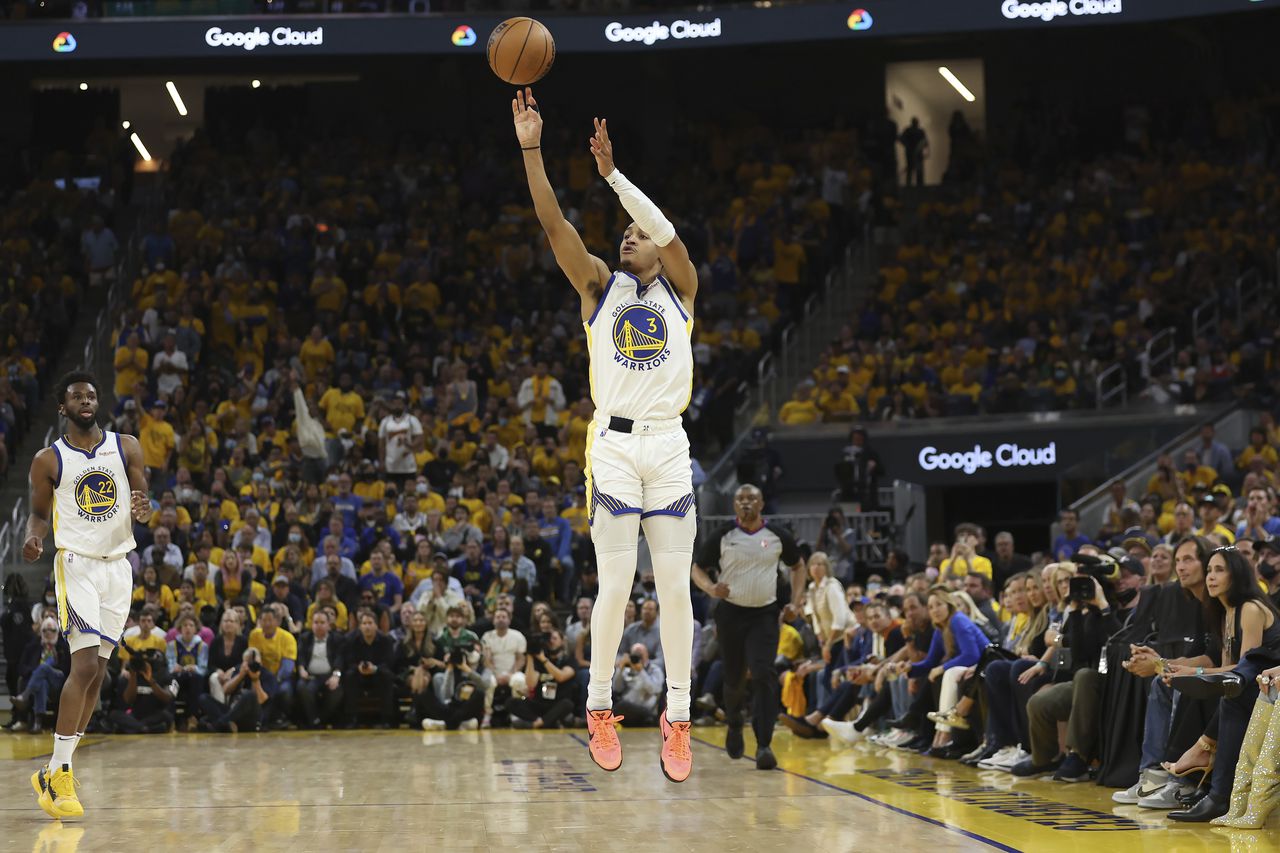 “This dude been making these type of shots forever lol,” Charles Matthews tweeted late Monday night, clearly in response to yet another long-distance buzzer beater from his former Michigan teammate Jordan Poole.

Poole helped the Golden State Warriors take a 3-2 lead against the Boston Celtics in the NBA Finals with his deep 3-pointer at the end of the third quarter. The shot turned the Warriors’ two-point deficit into a one-point lead. They carried that momentum into the fourth quarter, scoring the first 10 points en route to a 104-94 win.

It’s not Poole’s first deep buzzer, not even in this series. In Game 2, he closed the third quarter with an even longer, more difficult 3 after a series of fancing dribbling. Poole splashed that one, nothing but net, to cap a monster quarter for the Warriors and put them ahead by 23 points in an eventual 107-88 win.

On Monday, after Golden State’s Andrew Wiggins grabbed a defensive rebound with 3.6 seconds left in the third, Poole immediately raced up court and called for the ball. Though Wiggins released his pass with just .8 seconds left, Poole caught it and released a fundamentally sound shot before the buzzer. It banked in, putting the Warriors up 75-74 and sending the Chase Center crowd into a frenzy.

“As for the shots, end of shot clock or ends of quarters, I always want those and my teammates look for me on those,” Poole told reporters after the game. He added: “(I) continue to be aggressive and look for my shot and just be the moment I guess.”

Related: Ex-Wolverine Jordan Poole a big reason the Warriors are in the NBA Finals

Michigan fans of course knew Poole was capable of such baskets ever since he drained a deep 3 at the buzzer to beat Houston in the second round of the 2018 NCAA Tournament. Matthews was on that team and had a front-row seat (he’d fouled out a few seconds earlier) for the iconic shot. Poole was a freshman at the time. He left Michigan after his sophomore season, was drafted by the Warriors with the 28th pick, and is in his third season in the NBA.

Golden State is one win away from an NBA championship, with Game 6 set for Thursday night in Boston. Poole would be the first Wolverine to win the title since current Michigan head coach Juwan Howard won with the Miami Heat in 2013.