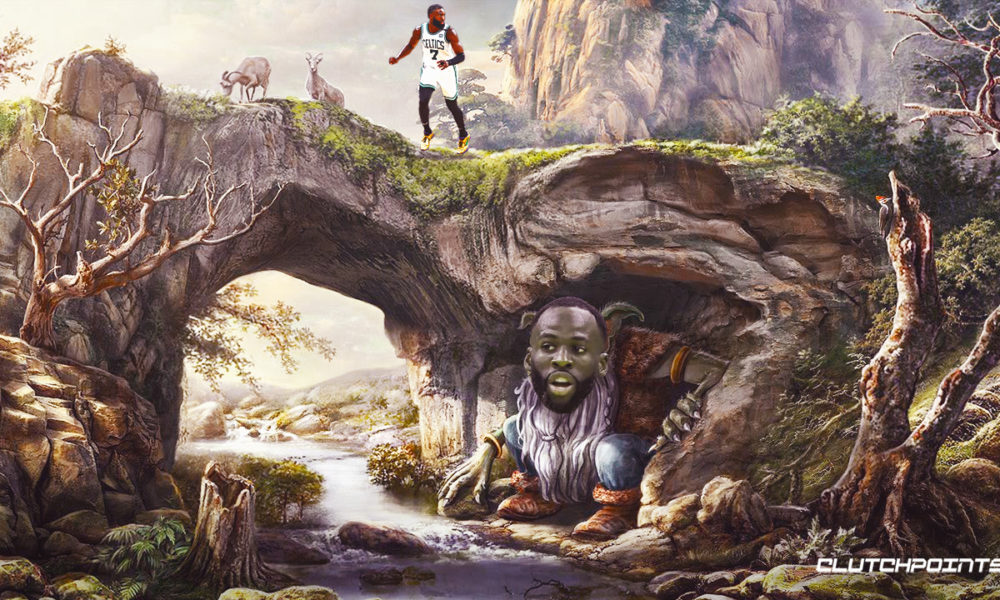 The Golden State Warriors captured another championship Thursday night, defeating the Boston Celtics 103-90 in Game 6 of the NBA Finals. Stephen Curry finally won his first NBA Finals MVP. But it was a complete team effort from Golden State, with contributions from Jordan Poole, Andrew Wiggins, Gary Payton II among others.

But once again, the spark plug and engine to the Warriors was none other than Draymond Green. Green had arguably his best game of the series, with 12 points, 12 rebounds, eight assists, two steals and two blocks. The Warriors forward in typical fashion has been very outspoken after winning his fourth championship.

He didn’t hold back with his podcast, but also took to social media to troll Jaylen Brown a bit.

Earlier this season, the Celtics were under .500 after a couple of months. That prompted Brown to tweet out a message that came to fruition, saying “the energy is about to shift.” The Celtics turned it around seemingly overnight after that and went on a historic run, particularly on the defensive end of the floor.

Well, after winning another title Thursday, the Warriors forward had something to say about that energy.

“The Energy Shifted 4x,” he tweeted.

He’s not wrong either. Boston was in control of this series after winning Game 3 in blowout fashion. They led 2-1 with Game 4 at home. That led to Curry’s 43-point bomb, tying up the series. Green stepped up his game as well as the series moved along.

Brown was the lone bright spot for Boston in the Game 6 loss, dropping 34 points. But he and the rest of the Celtics never got the momentum back once that energy shifted to Golden State.