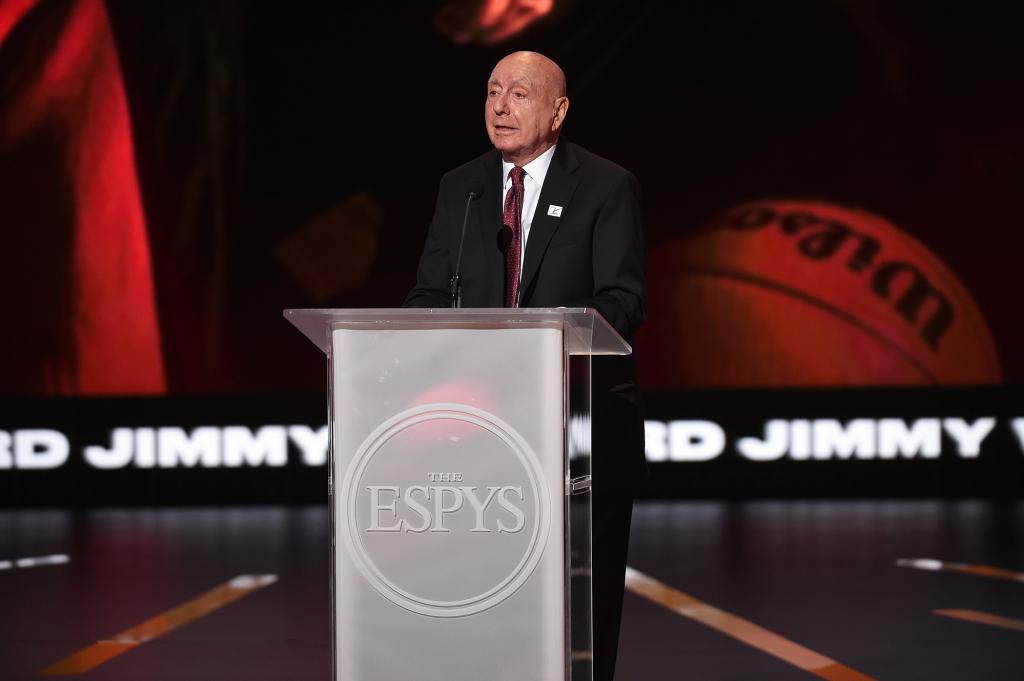 Dick Vitale delivered an emotional speech after being honored by the Jimmy V Foundation he has dedicated so much of his life to helping.

The long-time ESPN college basketball voice spent eight months in his own fight with cancer. He was diagnosed with lymphoma last October, months after being diagnosed with melanoma. Vitale later dealt with dysplasia and ulcerated lesions on his vocal cords that required him not to talk for weeks post-surgery.

The 83-year-old is now cancer free and was the recipient of the Jimmy V Award for Perseverance at the 2022 ESPY Awards at the Dolby Theater in Los Angeles on Wednesday night. Vitale stressed the importance of donating to fund cancer research through organizations such as the Jimmy V Foundation — named in honor of former North Carolina State coach Jim Valvano, who died of cancer in 1993.

“We are not going to stop, stop chasing the dream of raising dollars,” he said. “Jimmy’s dream was to beat cancer. But we must do it because it doesn’t discriminate. It comes after all.”

Vitale, who was a close friend of Valvano, recalled some of his time in the hospital and how much messages from his colleagues on and off the air at ESPN meant to him along with so many of the current and former college basketball coaches. He noted the Texas headman Rick Barnes would send him a personalized prayer every day. Vitale said “that love and that caring has me standing here today” and pleaded for people to do the same for others.

“If you know someone battling cancer, extend that message, extend that prayer,” Vitale said. “So many times I laid in the hospital and it was those messages that picked me up in the darkest moment. It gave me such a lift to say, you know what I got to beat this. I hear Jimmy’s words in my head, ‘Don’t give up, don’t give up.’ ”

Vitale said when Valvano gave his famous speech at the first ESPYs in 1993 he was so sick that he was worried his friend wasn’t going to be able to make it to the podium. When he told Valvano he was going to bring a mic to his seat, the coach would have none of it, telling Vitale: “‘Just get me on the f-ing stage, get me on that stage.’ ”

“When he got up on that stage I was mesmerized, blown away as he electrified the nation,” Vitale said.

Since then the Jimmy V Foundation has raised around $300 million for cancer research. But Vitale stressed the work is far from done, especially with pediatric cancer.

“It doesn’t matter race or religion, it will bring you to your knees,” Vitale said. “There’s only one way to beat it, my friends, we have to raise dollars and give oncologists a fighting chance.”