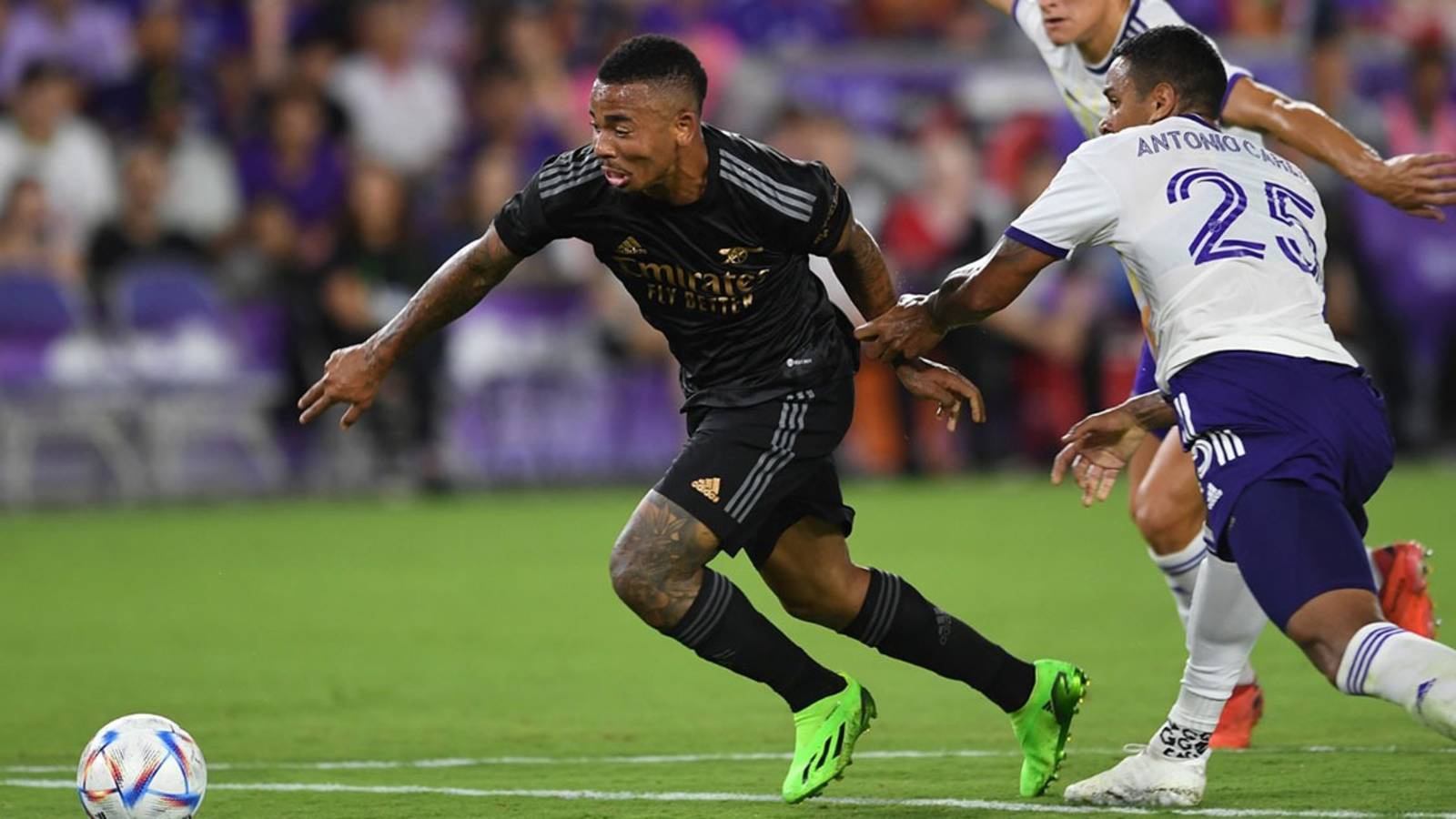 During our win over Orlando City on Wednesday, pictures emerged on social media of Ukraine international Oleksandr Zinchenko watching on from the stands with our technical director Edu, and owners Stan and Josh Kroenke.

There has been plenty of speculation linking Zinchenko with a move to Arsenal, and after the game Mikel Arteta confirmed that a transfer could be completed soon, subject to the competition of the regulatory process.

“Yeah, as you’ve seen he is here,” the boss said in his post-match press conference. “There are still a few formalities to get everything completed but we’re really happy to have him.

“I know the player really well, he’s an exceptional footballer and he is someone that is going to bring as well another competitive edge to that dressing room.”

Arteta coached the 25-year-old when he was assistant manager at Manchester City, and said he will bring extra options due to his versatility.

“He can play in both (defence and midfield). He was a natural No. 10 early in his career and we converted him into a left-back which can do a lot of things that we want in our way of playing.

“That versatility is something that is going to be important for the team because we have players in that position who are more specific full-back so I’m really happy.”

Copyright 2022 The Arsenal Football Club plc. Permission to use quotations from this article is granted subject to appropriate credit being given to www.arsenal.com as the source.