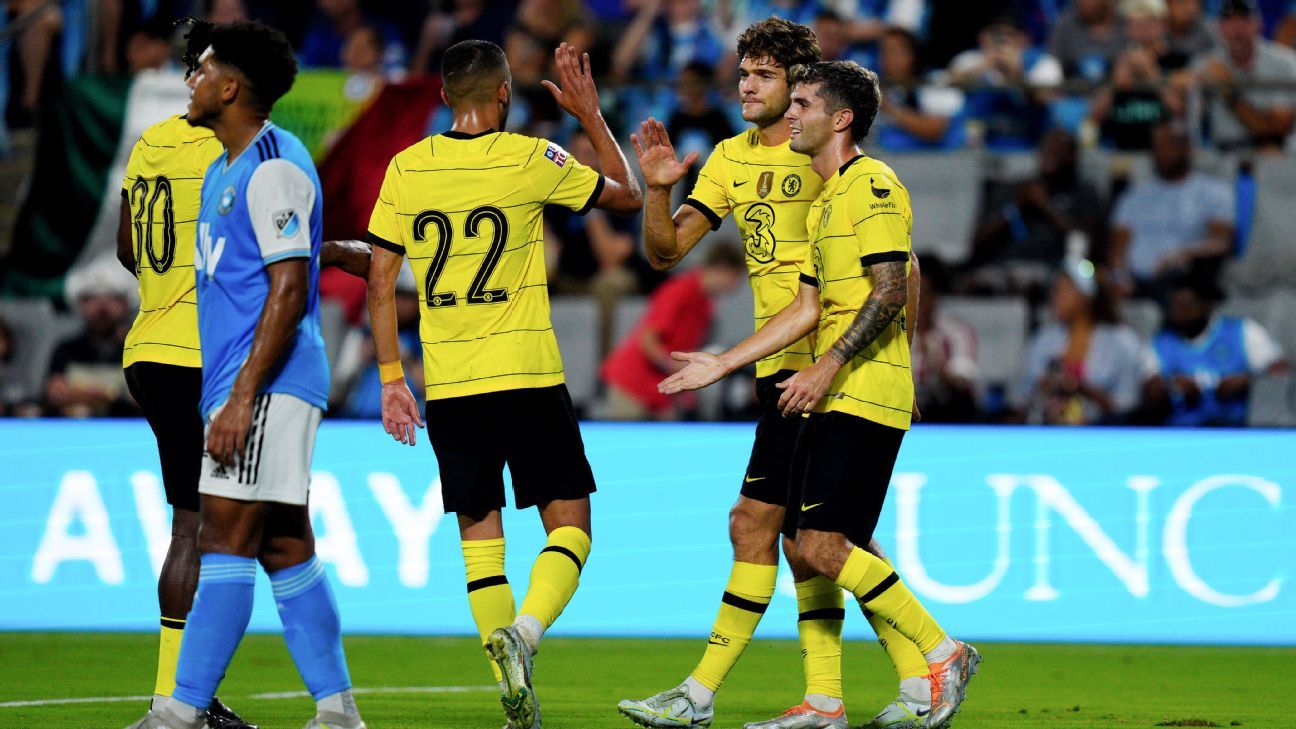 Christian Pulisic scored but was unable to prevent a Chelsea defeat against Major League Soccer side Charlotte as Thomas Tuchel’s team lost on penalties after drawing 1-1.

Raheem Sterling also made his first Chelsea appearance after completing his £47.5 million move from Manchester City, but the west London side were undone by a stoppage-time penalty before losing the subsequent shootout.

The game in North Carolina was postponed for more than an hour due to an electrical storm before kick-off, but play was able to go ahead when the lightning above the Bank of America Stadium cleared.

USMNT star Pulisic opened the scoring in the 30th minute after seizing on a blocked effort from Michy Batshuayi, while Sterling showed impressive flashes after coming on at the start of the second half.

But the momentum shifted when defender Trevoh Chalobah handled a shot from Charlotte’s Brian Romero in added time for a penalty, before Daniel Rios slotted past Edouard Mendy.

That took the game to an instant shootout in which Kai Havertz, Ben Chilwell and Sterling all scored for Chelsea, before former Crystal Palace loanee Conor Gallagher’s weak effort was saved.

Charlotte scored all five of their penalties to earn a surprise win against Tuchel’s side.

Chelsea will look to bounce back from the defeat when they face Arsenal in the Florida Cup on Saturday evening.