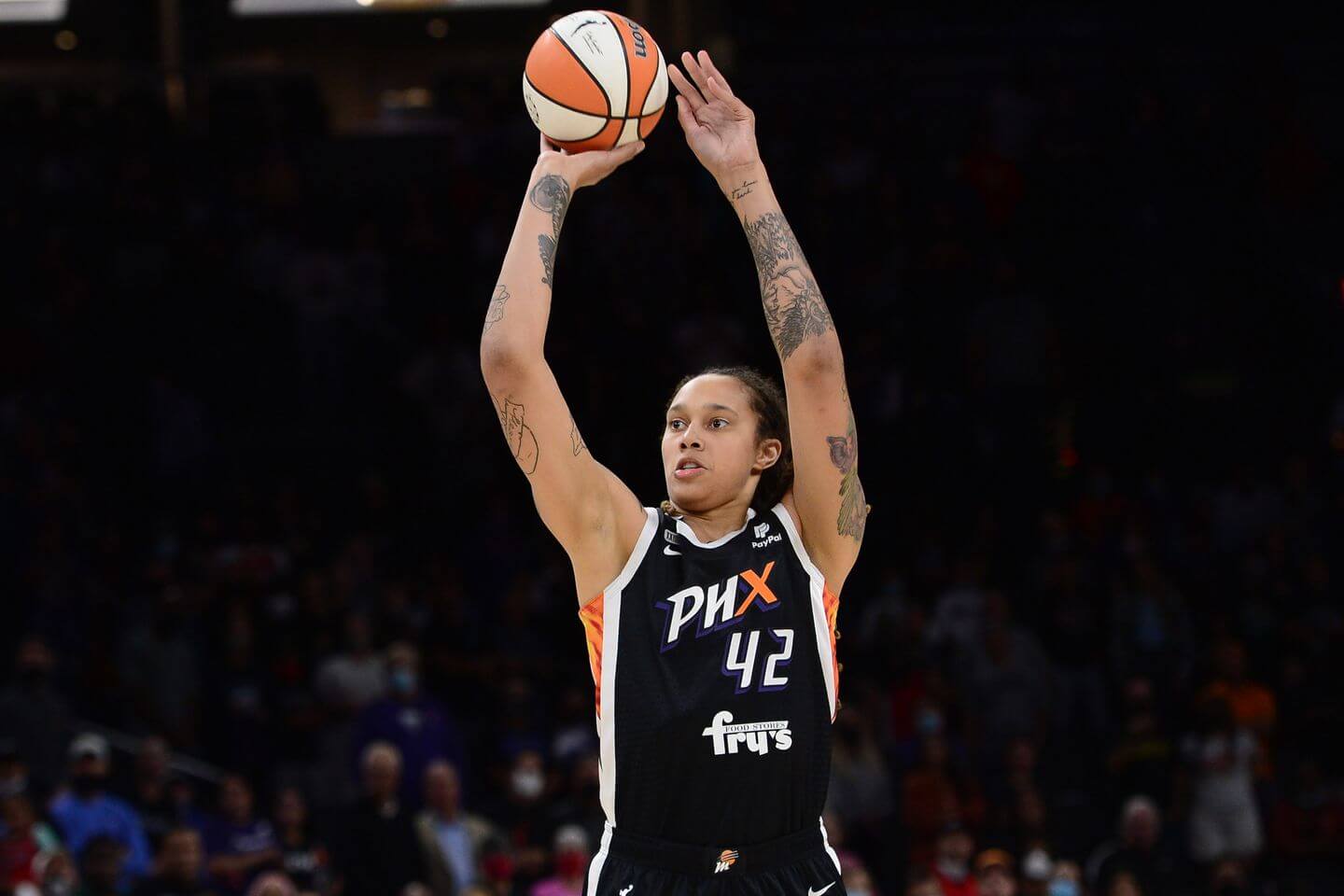 Brittney Griner’s wife Cherelle said their first phone call since the WNBA star’s arrest four months ago didn’t happen on Saturday because the U.S. embassy in Russia wasn’t staffed on the weekend, according to a report by the Associated Press.

Brittney Griner, a seven-time WNBA All-Star and two-time Olympic gold medalist, has been detained in Russia since February, when she was taken into custody at an airport after authorities allegedly found vape cartridges of hashish oil in her luggage.

The Griners were scheduled to connect through the American embassy in Russia for the couple’s fourth anniversary on Saturday, the AP reported. Brittney Griner reportedly tried to call 11 times over a period of several hours without success.

“I was distraught. I was hurt. I was done, fed up,” Cherelle Griner told the AP. “I’m pretty sure I texted BG’s agent and was like: ’I don’t want to talk to anybody. It’s going to take me a minute to get my emotions together and just tell everybody I’m unavailable right now. Because it just knocked me out. I wasn’t well, I’m still not well.”

The U.S. State Department told the AP on Monday that it was aware of the issue and was looking into it, and Cherelle Griner said a contact in the U.S. government had apologized to her for the error.

“Imagine the heartbreak,” Lindsay Kagawa Colas, Griner’s agent, said on Twitter later on Monday. “123 days w/out hearing her voice. Holding out hope for a call. Finally getting that call, just to have it keep ringing. My heart breaks into pieces every time I think of it — but it’s nothing compared to the reality BG and her family are enduring.”

Last week, a Russian court extended Brittney Griner’s pre-trial detention for 18 more days, according to a report from TASS. Per the Russian state-owned news agency, the extension is at “the request of the investigation.”

Last month, Cherelle Griner appeared on “GMA” and urged the U.S. government to make her release a top priority.

“I just keep hearing that he (President Joe Biden) has the power,” she told “GMA’s” Robin Roberts. “She’s a political pawn so if they’re holding her because they want you to do something then I want you to do it.”