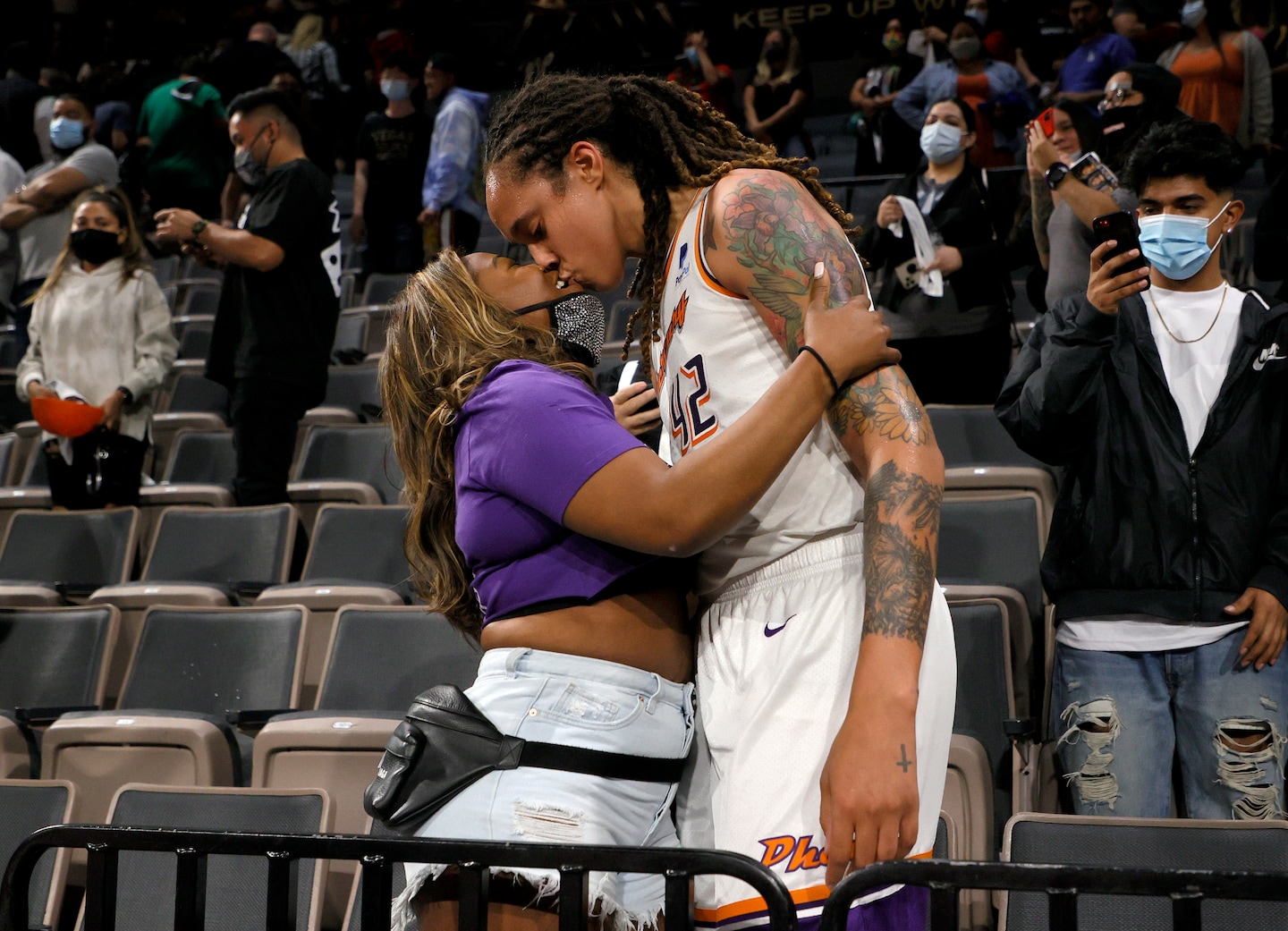 On their fourth anniversary, Brittney Griner was unable to speak with her wife for the first time in months because there was no one at the U.S. Embassy in Moscow available to connect a phone call between them, Griner’s wife said Monday.

The call had been set up two weeks earlier, Cherelle Griner told the Associated Press. They haven’t spoken directly since Brittney Griner, one of the WNBA’s most prominent players, was arrested in February at an airport near Moscow on drug charges.

“I was distraught. I was hurt. I was done, fed up,” Cherelle Griner said of her emotions after the conversation with her wife failed to materialize. She told the AP she initially suspected Russian officials had interfered with the call but said she learned Monday from Brittney Griner’s lawyers that her own country was responsible for the error.

According to the lawyers, Brittney Griner had tried phoning her wife 11 times, using a number she had been given at the embassy that was meant to be patched through to Cherelle Griner in Phoenix. However, the date for the call fell on a Saturday, and the embassy did not have staff on hand to make a connection, Cherelle Griner told the AP.

The State Department issued a statement of regret (via the AP) that “Brittney Griner was unable to speak with her wife because of a logistical error.”

“Imagine the heartbreak,” Brittney Griner’s agent, Lindsay Kagawa Colas, wrote on Twitter. “123 days w/out hearing her voice. Holding out hope for a call. Finally getting that call, just to have it keep ringing.

“My heart breaks into pieces every time I think of it — but it’s nothing compared to the reality BG and her family are enduring.”

The WNBA’s players union said Monday it was “crushed” at the missed opportunity for Brittney Griner to talk with her wife. Tagging President Biden in a tweet, the union called on him to meet with Cherelle Griner and secure the return of the 31-year-old center “so they can speak to one another in person.”

Saying it was “glad” that Biden was able to celebrate his 45th wedding anniversary with the first lady, Jill Biden, this past weekend in Rehoboth Beach, Del., the union added, “Whether you’ve been married for 4 years or 45, anniversaries are a big deal.”

Cherelle Griner told the AP that while she remained hopeful for a meeting with the president, it was “starting to feel like a no.”

The U.S. government declared last month that Brittney Griner was being “wrongfully detained” by Russia and pledged to “continue to undertake efforts to provide appropriate support” to her. Griner’s February arrest, for what Russian authorities said was an attempt to illegally bring vape cartridges containing hashish oil into the country after a flight from New York, came as tensions with the United States grew amid the then-impending invasion of Ukraine.

Cherelle Griner, a recent law school graduate, had described her wife in May as “a political pawn” and said she had been in contact with Secretary of State Antony Blinken.

“I was grateful for the call,” she said then. “You say she’s top priority, but I want to see it. I feel like to see it would be me seeing BG on U.S. soil.”

At the time, a Russian court had ordered Griner’s pretrial detainment to be extended until mid-June. Her detainment was reportedly extended again until July 2.

In addition to playing for the WNBA’s Phoenix Mercury, which she helped to the league title in 2014, Griner is also a member of a team in the Russian Premier League. UMMC Ekaterinburg’s season ended in April, approximately a week before the WNBA tipped off its 2022 campaign.

The WNBA announced then that the initials of Griner, a seven-time all-star and two-time U.S. Olympic gold medalist, and her jersey number of 42 would be displayed on the sidelines of all 12 of its teams’ courts. Mercury players have worn shirts in warmups bearing the message, “We are BG,” and similar shirts were worn by members of the Boston Celtics during the NBA Finals.

“As a collective, we wanted to come out and show our support for Brittney Griner,” Boston’s Jaylen Brown said this month. “She’s been over there for an extended amount of time, and we feel like enough is enough.”

On Monday, Cherelle Griner said the planned phone call represented “such a big moment because this would have been the first time where I truly could tell if she’s okay.” She noted that she has had to rely on the word of others who have been able to interact with Brittney Griner since the initial detainment.

“This would have been the first time for me to actually just hear her in real time,” Cherelle Griner said, “and to truly know if she’s okay or to know if she’s seconds away from not being in existence anymore.”