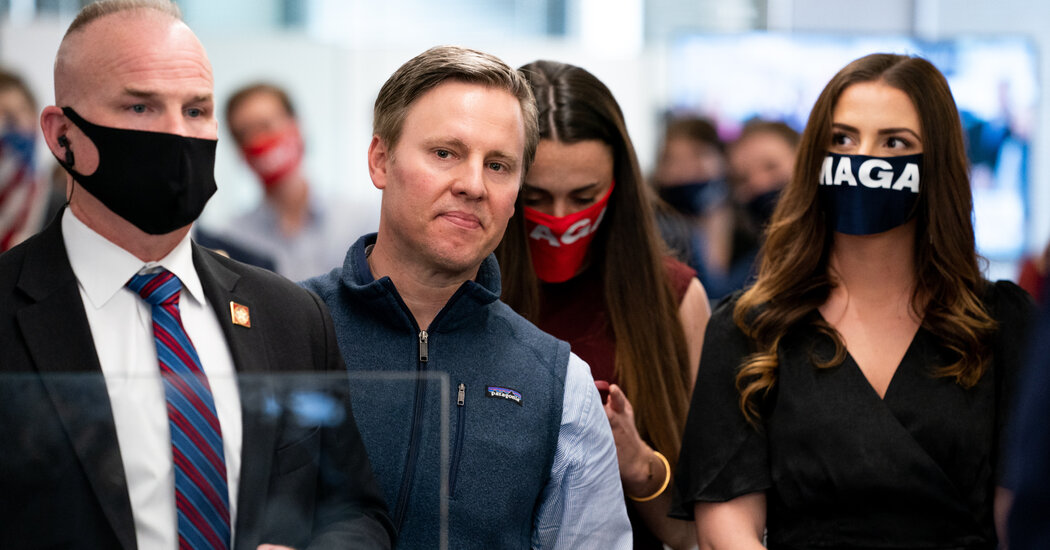 Bill Stepien, President Donald J. Trump’s campaign manager during the 2020 election, will not appear in person as scheduled to testify on Monday before the Jan. 6 committee because his wife went into labor, two people familiar with the events said.

Instead, Mr. Stepien’s lawyer, Kevin Marino, will make a statement on his behalf. It’s unclear if Mr. Stepien will be called at another date.

Mr. Stepien had been expected to testify on what the president had been told about whether he had lost the election, starting with conversations on election night.

Mr. Stepien, who was appointed to the role in July 2020, was present for the discussions in which Mr. Trump’s aides laid out for him what the data showed about whether it remained possible to thwart Joseph R. Biden Jr.’s victory.

Mr. Trump had told aides weeks before Election Day that he would declare victory that night even if the races hadn’t been called. Beginning on election night, Mr. Trump’s lawyer, Rudolph W. Giuliani, urged the president to declare victory, over the objection of other advisers.

Panel members likely would have asked Mr. Stepien about those conversations, as well as about the fund-raising efforts the Trump campaign made related to the former president’s baseless claims of widespread fraud.

The House select committee investigating the Jan. 6, 2021, riot at the Capitol has zeroed in on how many times Mr. Trump was told he had lost and yet persisted with his efforts to thwart the results.

Mr. Stepien had been set to appear under subpoena, and it was unclear how willing he would have been to deliver testimony that could be damaging to Mr. Trump. He is also advising Harriet Hageman, the candidate challenging the committee’s co-chairwoman, Rep. Liz Cheney, in a Republican primary in Wyoming.