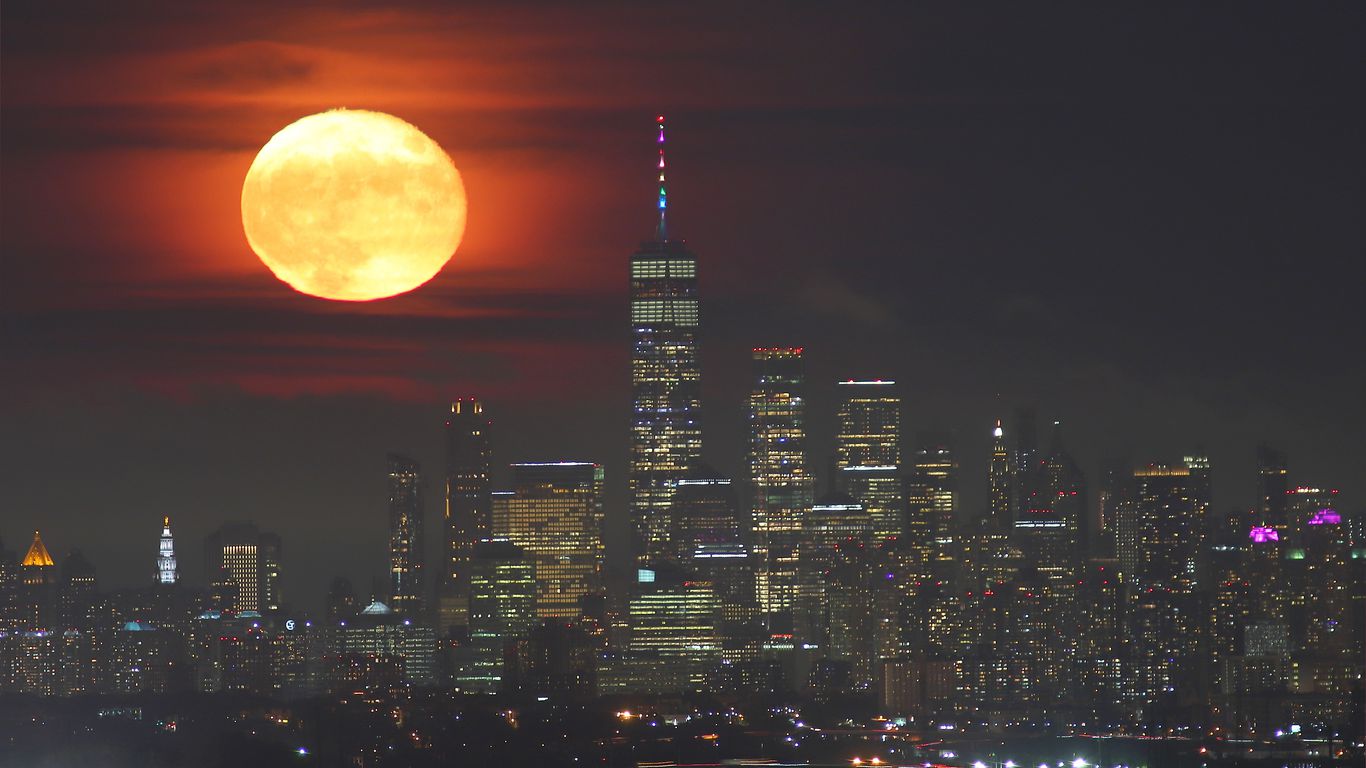 Make plans to look up to the sky this week when the second supermoon of 2022 arrives.

The big picture: The moon was bright Monday night ahead of the so-called strawberry moon that starts at 7:52 a.m. ET Tuesday when it appears opposite the sun, according to NASA.

Flashback: The name “Strawberry Moon” has been used by Native American Algonquin tribes to mark the June ripening of strawberries ready to be gathered, according to the Almanac.

Meanwhile, the name of the last full moon of spring is said to have nothing to do with the moon’s hue or appearance.

What they’re saying: “With the naked eye, you can see the vast highlands and lowlands of the moon, which can appear to be certain shapes and generate stories about those shapes, depending on the culture you follow,” Space.com says of full moons.

What’s next: July will also have a supermoon with the “Super Buck Moon” on July 13, according to Timeanddate.com.