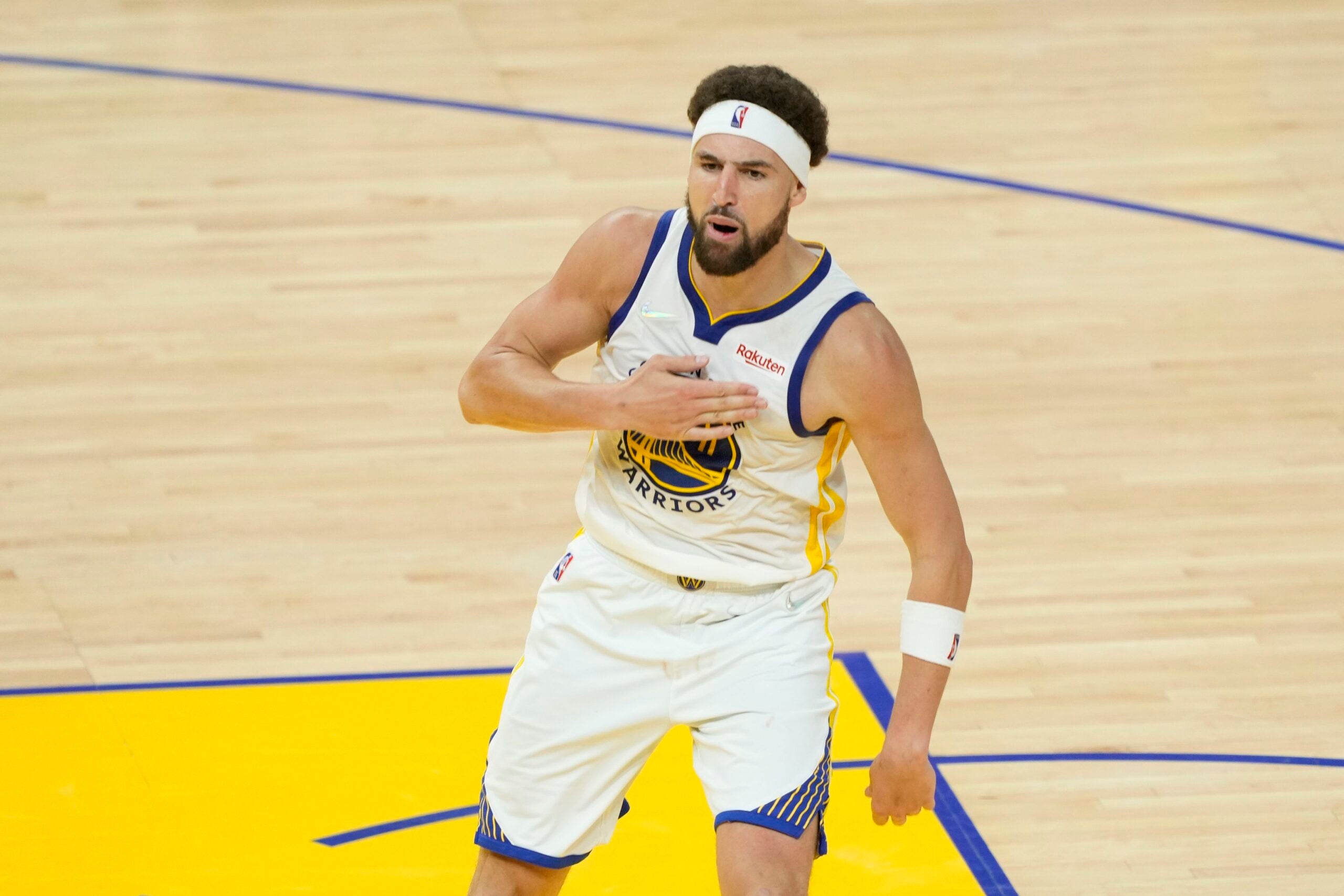 The Warriors have their fourth title in eight years within their sights.

A 104-94 Game 5 win over the Celtics gave the Warriors a 3-2 series lead, meaning they could hoist the Larry O’Brien trophy at TD Garden after Thursday night’s Game 6.

Warriors guard Klay Thompson, who had two steals in Game 5, wasn’t shy in sharing his excitement for Thursday’s Game 6 when asked if the Finals were his best defensive series so far this postseason.

“It could be, but it doesn’t mean anything if I go out there and lay an egg in a few days. I’m just excited to build on it,” Thompson said.

“I’ve never been excited to go to Boston, I’ll tell you that.”

Of course, Thompson was one of the Warriors to express disapproval of the chants Celtics fans gave Draymond Green during Games 3 and 4 at TD Garden. Thompson was met with a chorus of boos during warmups in Game 4 after he made his comments following Game 3, playing along with the crowd.

If Thompson and the Warriors indeed win on Thursday (or even Sunday if there’s a Game 7), he’ll have something in common with his father, Mychal. The elder Thompson also defeated the Celtics in the NBA Finals as part of the Lakers’ 1987 championship squad.

The younger Thompson was still a few years away from being born when his father helped take down the Celtics, but he also knows what it meant to beat Boston during that time and even now, 35 years later.

“Well, when you face a team with the history like the Celtics, it’s awesome,” Thompson said. “They have had some of the greatest players to ever dribble the ball, all the way to [Bob] Cousy, and [Bill] Russell, to [Larry] Bird, [Kevin] McHale, [Robert] Parrish, and watching Paul Pierce and Kobe [Bryant] go at it, and now to add to that legacy, it’s great.

“Growing up, we would watch those games, and you could just feel the tension in the Forum, or at the Boston Garden, and I know he looks back on those with so much joy as I do, too. Because the Lakers-Celtics rivalry really built the NBA, you can say, and it’s one of the greatest rivalries in the world.

“So to kind of be able to be a part of that with Golden State and Boston, it’s a new chapter, and it’s just awesome to be here. It’s like a dream, honestly. Like compared to I what was doing last year in this building at this time of the year, it’s a dream.”

Thompson isn’t getting in line to get his finger sized for the ring yet, though. He was a part of the Warriors’ squad that blew the only 3-1 lead in the history of the NBA Finals, losing three in a row to lose the 2016 series against the Cleveland Cavaliers.

“I mean, I’m not going to lie to you, it does feel good; but we’ve been here before, 2016, and we might have been, you know, overly eager,” Thompson recalled. “But so — like it feels good, but we haven’t done anything yet, and the mission still is the same. We’re all eager to get to Boston and play a great game on Thursday.”

Thompson’s Warriors will get two cracks at defeating the Celtics to lift the Larry O’Brien trophy. The first is on Thursday night in Boston. If the Celtics win that game, both teams fly back out to San Francisco for a Game 7 on Sunday.

Get breaking news and analysis delivered to your inbox during basketball season.