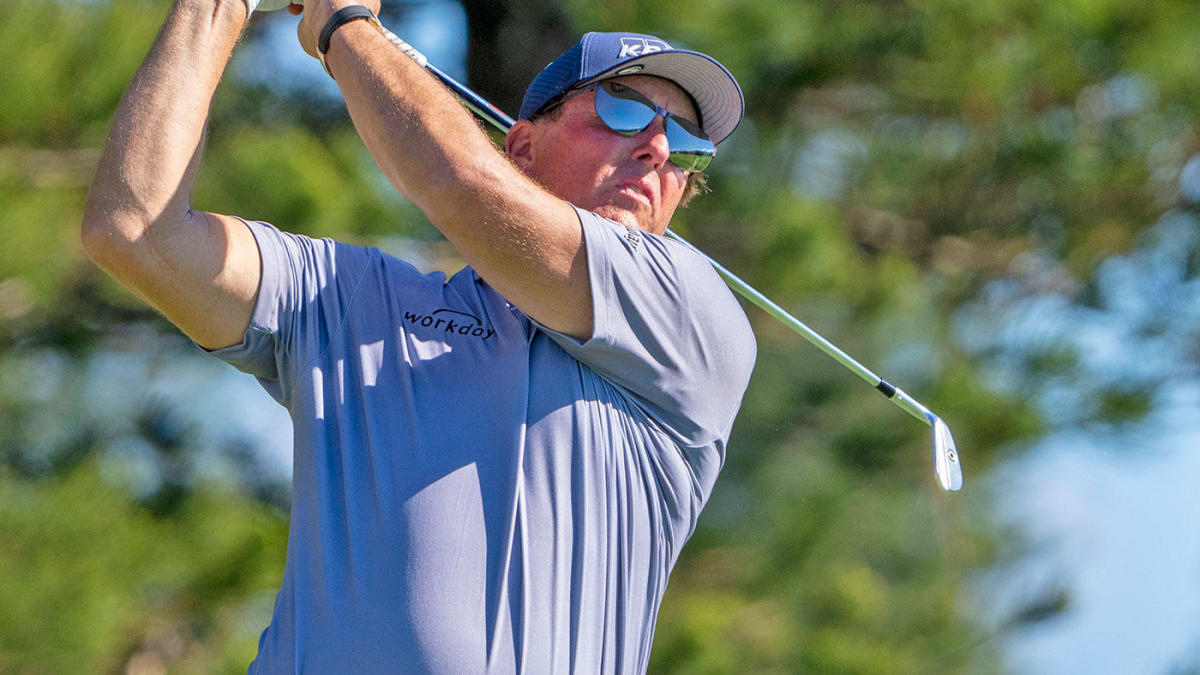 What a time for a major championship. Immediately following one of the wilder weeks in the modern history of professional golf, the U.S. Open returns to one of the most historic golf courses in the United States. The Country Club at Brookline has hosted three U.S. Opens, six U.S. Amateurs and a famous Ryder Cup at the turn of the century.

It was also one of the first five charter members of the USGA at the turn of last century, which gives it deep roots with a restoration over the last 15 years bringing the golf course into a new era. It is now prepared to take punches from players who are built more like Brooks Koepka than Francis Ouimet.

The golf course is one of many stories that will make this championship interesting. The splintering of pro golf at the highest level is the headliner, of course, and the tentacles of that story will affect almost every other story that takes place this week. Still, it will be nice to have a major reprieve, where the golf actually matters and the geopolitical and financial concerns can be mostly put aside for the next seven days.

Let’s take a look at the top 10 storylines from the 2022 U.S. Open at The Country Club at Brookline

1. LIV(e) from Brookline: The storyline that has dominated golf for the last few months has been ratcheted up over the last week with the launch of a PGA Tour rival league at the Centurion Club in London last weekend. The USGA has mostly stayed out of the fight between LIV Golf and the PGA Tour, and even this week it will allow LIV Golf participants to play in the U.S. Open because they were already qualified and placed in the field. However, from the first press conference on Monday (Phil Mickelson) to the end of the week, LIV will be a through line whether we want it to be or not.

LIV Golf is a big deal both in the present moment and as it relates to the future of the sport. Several of my friends who are only tangentially interested in golf have been peppering me with questions, and it’s essentially the only thing being discussed behind the scenes in golf right now. One benefit of this week at Brookline — as I wrote about here — will be that when more players are spread more widely across the world for regular golf events, the major championships will seem (and be) even more important than they already are.

2. Scottie’s romp: Since World War II, the only golfers to win the Masters and U.S. Open in the same year are one-name players. (Ben) Hogan, Jack (Nicklaus), Arnie (Arnold Palmer), Tiger (Woods) and Jordan (Spieth). Will Scheffler join them at Brookline? He’s been good in two events since missing the cut at the PGA Championship, and he was excellent at the U.S. Open last year, sliding in at T7 behind Jon Rahm at Torrey Pines. The concern for him is probably the same as it is for a lot of the top guys. Misses off the tee will be more punished at The Country Club than at a place like Augusta National. The short game has been magic this year, though, and if it remains that way this week then perhaps “Scheffler” will become a one-name player like the rest.

3. Lefty’s quagmire: There is a lot going on with Phil Mickelson this week. Sporting his new Barry Melrose-like look on Sunday, Lefty took a look at the course at the only major championship he has yet to win. A victory this year would be the most preposterous ending to this fortnight, but he’s going to be staging a multi-front war, as is normally the case with him. Mickelson leads the press conferences Monday and will face several queries about the league (LIV Golf) he allegedly helped create and what that means for his future on the PGA Tour (where he has not resigned) and at the major championships (where he is exempt for the next four years and at the Masters, PGA and Open Championship beyond that). It’s the wildest week imaginable for somebody who is not a real contender, and it could be the most incredible week in golf history. Imagine if, at the course where we got one of the youngest U.S. Open winners ever (Francis Ouimet at age 20 in 1913), we also get the oldest major winner of all time.

4. Can Rory stay hot? Rory McIlroy is your favorite on the oddsboard after retaining his title at the RBC Canadian Open. In his last five starts (including two majors), he’s finished 2-5-8-T18-1. He’s one of just four golfers to finish in the top 10 at three or more of the last five U.S. Opens, and he’s the No. 1 ball-striker in the world over his last 20 rounds. If he’s hitting approach shots at Brookline like he did at the Canadian Open — seven approaches inside of 5 feet in the final round — then he’s going to make Tiger’s performance at Pebble Beach in 2000 look like a nail-biter in comparison.

5. What kind of golf course do we get? One of the criticisms of the USGA in recent years is that it has often set up its golf courses so that only a handful of golfers can win. Torrey Pines in 2021 was similar to Winged Foot in 2020 in that it was mostly a contest between who could hit it the farthest and still be able to find it. I’ve been promised that The Country Club will be different — and it certainly looks different — in that more native grass creates more unpredictability, as Gil Hanse points out in the video below, which is a tour pro’s worst nightmare and also should create a more proper shotmaking contest. Hopefully.

6. History for Brooks and Spieth: There’s a lot going on right now, and it’s easy to lose sight of the history that’s in front of both Spieth (one U.S. Open win) and Brooks Koepka (two). If Spieth wins, he gets to four majors, which has been accomplished by just 29 golfers in history. If Koepka wins, he gets to five, which only 19 golfers have ever reached. That’s a massive deal as it relates to the arc of the sport over the last 100 years, and those two seem to be footnotes going into this week, even though Koepka has lost to four golfers over the last four U.S. Opens.

7. Rahm’s repeat bid: It should tell you how wild the last few weeks of pro golf have been that we’re almost to the end, and we haven’t even discussed last year’s champion. Going back to back at U.S. Opens is one of the most extraordinary undertakings in the game: It’s only happened three times since World War II (Hogan, Curtis Strange, Koepka), but Rahm is quietly playing well enough to make a run at it. Though he has just one win so far this year, he’s been driving the ball brilliantly, gaining strokes in 37 of 41 measured rounds and hitting his irons better than he had in two months a few weeks ago at the Memorial. He’s flying in with little fanfare, which I think irks him a bit in the same way it does Koepka. He’s low-key going to be a real menace at Brookline this week.

8. Xander Schauffele’s streak: The only golfer to finish in the top 10 at each of the last five U.S. Opens is Schauffele. The problem for him is that his actual chances of winning have been low. This is broadly the story of Schauffele at the majors. There is perhaps nobody more consistently good than him (13 top 25s in 20 events), but he has the same number of major titles as you and I. The question for him is whether he can transform a good week into a transcendent one.

9. The villains? Two of the last five U.S. Open winners (Bryson DeChambeau, Dustin Johnson) will tee it up at a major for the first time since announcing they are leaving the PGA Tour. It will be awkward for the USGA (and the entire golf world) if somebody the major championship organizations could effectively ban from their championships in the future ends up winning this week. Mickelson would obviously be the headliner in that arena, but his chances of winning are infinitesimal compares to those of DeChambeau and D.J.

10. J.T. back to back? After five years of fallow ground at the major championships, Justin Thomas is playing some of the best golf of his life and comes in with the confidence brought by a win at the PGA Championship and near-miss at the Canadian Open last week behind McIlroy. He has more shots than anyone in the game, and if he can keep his driver in check, it’s difficult to see him not contending. The only thing better than J.T. contending for a second straight major would be PGA Tour commissioner Jay Monahan’s dream of the two biggest supporters of his league — J.T. and Rory — running it back from last week, which is something they discussed on the 72nd green at the Canadian.

“We had that embrace on the final green and I just said, ‘Let’s do this all again next week,'” said McIlroy on Sunday. “That’s what I said to him. So that would be cool to be able to do it all over again with him.”