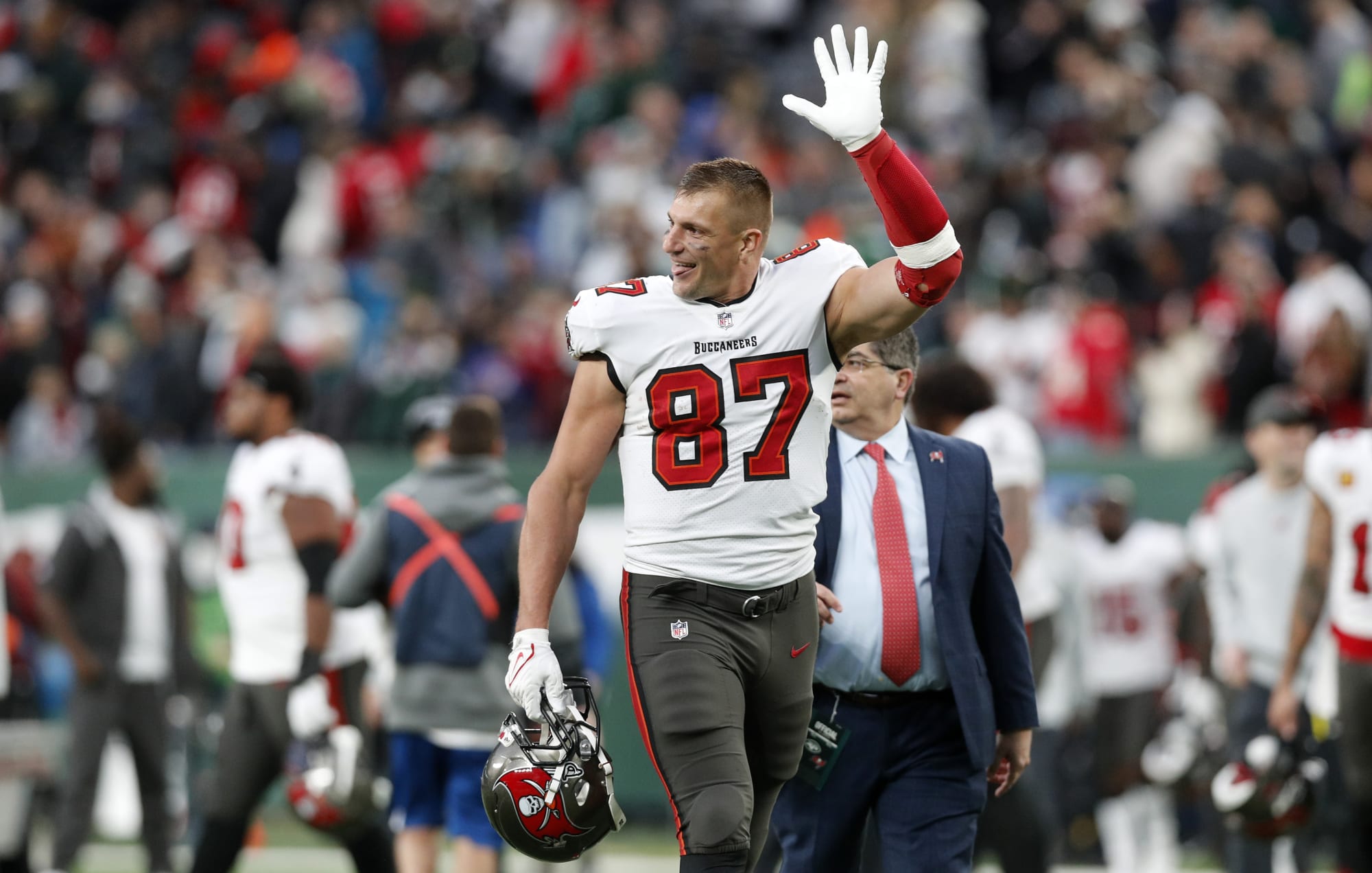 Tampa Bay Buccaneers’ Rob Gronkowski announced his retirement on Tuesday, which is good news for the New Orleans Saints.

Unless, of course, Gronk pulls a Brady and un-retires the same year.

After 11 seasons in the league, Gronk officially hung up his cleats having spent the majority of his career on the New England Patriots. He retired in 2019 only to return to play with Tom Brady for the Tampa Bay Buccaneers for the last two seasons, winning a ring in 2020.

With Brady under contract with the Bucs for the 2022 seasons, many believed Gronk would yet again follow in his footsteps and play one more season with his favorite QB, but it seems the 33-year-old tight end is happy with calling it quits — for now.

In reaction to Rob Gronkowski’s news, his agent Drew Rosenhaus texts: “It would not surprise me if Tom Brady calls him during the season to come back and Rob answers the call. This is just my opinion but I wouldn’t be surprised if Rob comes back during the season or next season.”

As we’ve already seen this offseason, anything can happen.

Brady has more than enough offensive weapons this season in his uber-talented wideout corps of Mike Evans, Chris Godwin, and Russell Gage, so the odds of Brady needing his trusty pass-catcher appear somewhat low.

The Bucs also have the much younger Cameron Brate prepared to fill Gronk’s shoes along with other promising tight end options, but admittedly none of those players can boast the same chemistry with Brady as Gronk can.

In the last two years at Tampa, Gronk recorded two solid seasons of 623 and 802 receiving yards, thriving under the arm of Tom Brady. The quarterback-tight end duo have been a pain in NOLA’s side ever since the two arrive in Tampa, and it’s safe to say the Saints would rather not see both of them on the field in 2022.

New Orleans will already have its hands full trying to contain the Bucs’ elite wide receiving threats — after the team shut out Brady last year, the old man no doubt wants his revenge on a Saints team he somehow just can’t beat in the regular season.

Currently, Tampa Bay stand as the favorites to win the NFC South, which is to be expected after Brady announced his un-retirement. Let’s just hope Gronk stays retired for good.