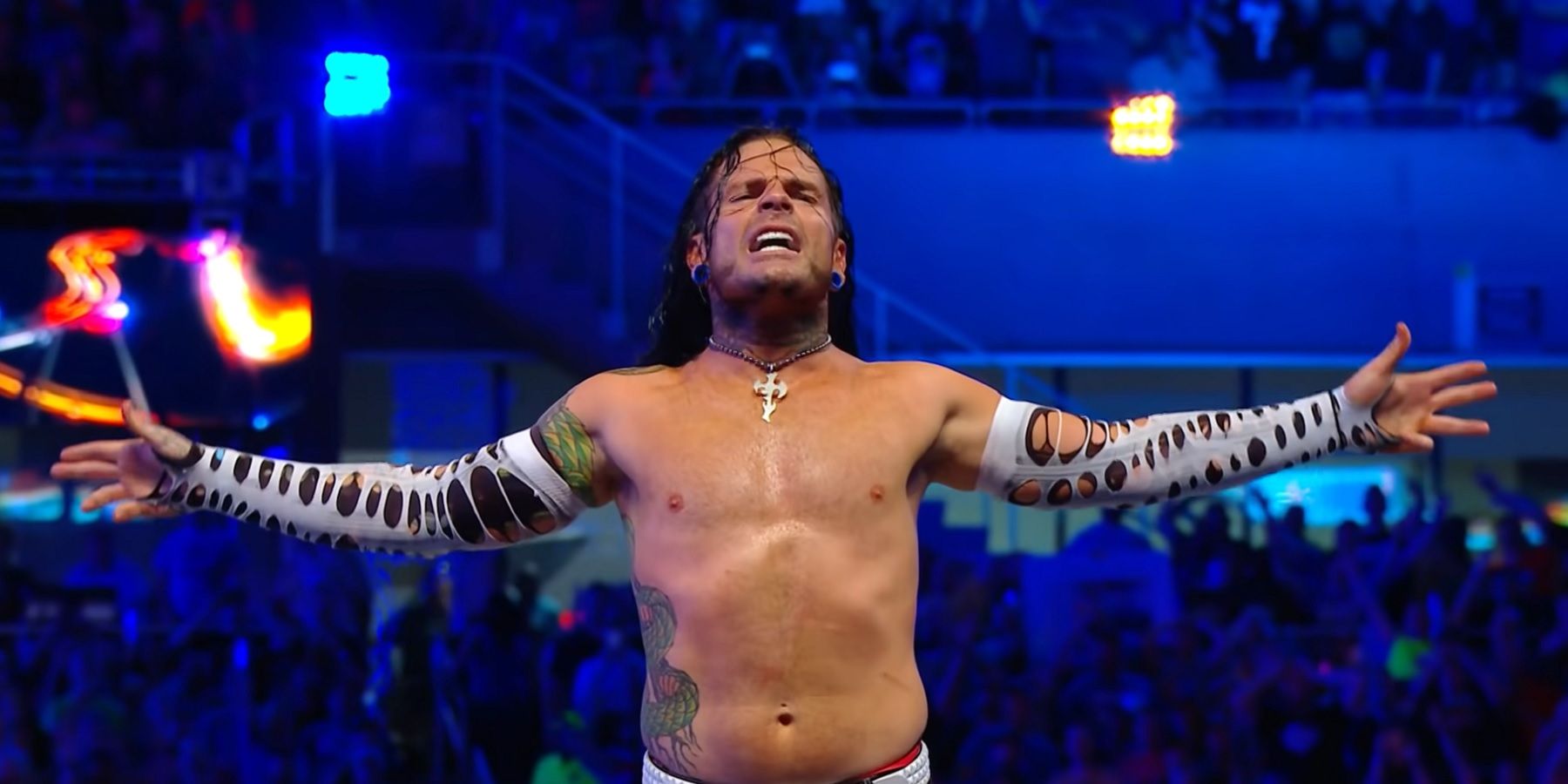 Jeff Hardy is one of the most recognizable and popular professional wrestlers in the history of the industry, rising to fame as part of The Hardy Boyz tag team in the late 90s and early 2000s with his brother Matt. While Jeff Hardy has earned plenty of praise for his accomplishments inside the ring, he has also made headlines for unfortunate incidents that have occurred in his personal life involving drugs and alcohol. Hardy has been arrested numerous times over the years, with the latest arrest happening the morning of Monday, June 13.

As reported by TMZ, former WWE Champion and current AEW star Jeff Hardy was arrested on June 13 and charged with a felony DUI, among various misdemeanor charges. According to the report, four individuals called the Florida Highway Patrol after allegedly witnessing Hardy driving under the speed limit, “weaving across travel lanes, and running off the shoulder of the roadway.” Police reportedly smelled alcohol on Hardy, who is said to have failed sobriety tests. Later testing at the police station showed Hardy with a BAC of .294, significantly above Florida’s legal limit of .08.

This is not the first time that Jeff Hardy has been arrested for a DUI, and so he had been required to have an ignition interlock device in his vehicle. For the uninitiated, an ignition interlock device requires the driver to blow in it to prove that they have not been drinking before they are able to start their car. The vehicle that Hardy been driving at the time of his arrest had no such device, according to TMZ.

Jeff Hardy had a bizarre exit from WWE last year, where he reportedly left in the middle of the match and walked into the crowd. At the time of the incident, WWE wanted Hardy to go to rehab, but Hardy refused. WWE supposedly conducted drug tests and found that Hardy had not been under the influence at the time. Since then, Hardy has been wrestling in competing promotion AEW, featured prominently on AEW television programs and pay-per-view events.

Hardy has been advertised for the next episode of AEW Dynamite, scheduled to take place on Wednesday, June 15. This coming episode of AEW Dynamite has been marketed as a special “Road Rager” edition of AEW’s flagship TV show, with Jeff scheduled to team with his brother Matt in a three-way Ladder Match for the AEW World Tag Team Championships against champions Jurassic Express and fellow challengers The Young Bucks. It’s unclear what the plan for the match will be in light of Hardy’s arrest.

Hardy’s struggles with addiction have been used in WWE storylines over the years. Longtime Jeff Hardy rival CM Punk referenced Hardy’s drug problems numerous times in their critically-acclaimed feud from 2009, and the issues were brought up again just recently when Jeff feuded with Sheamus in WWE.