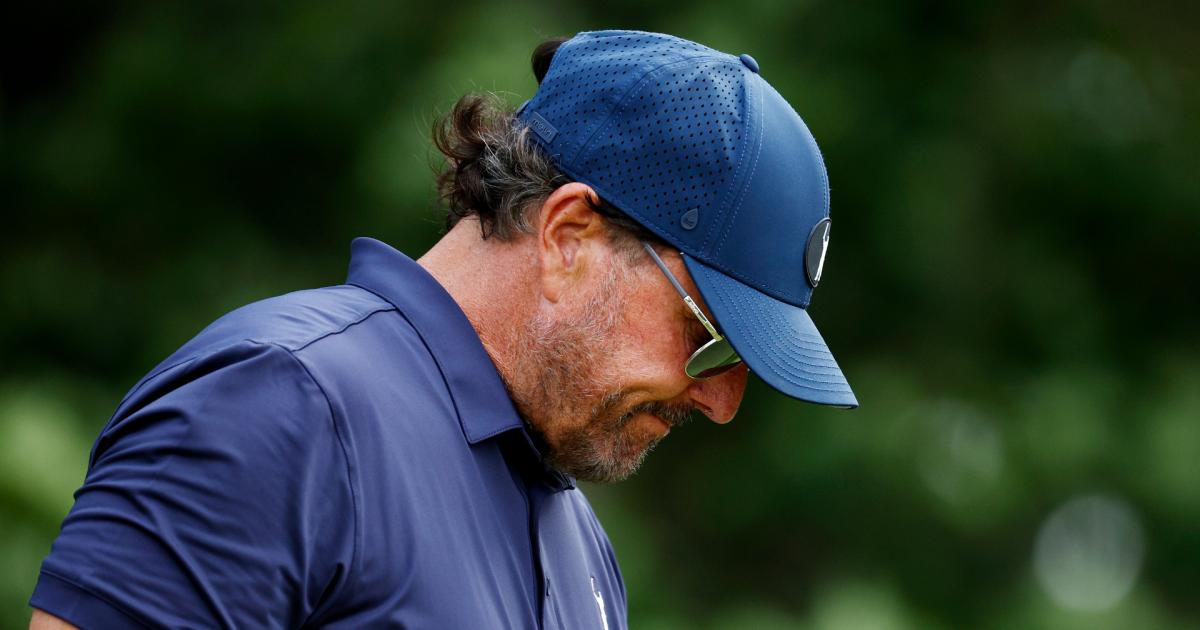 Phil Mickelson will leave The Country Club in Brookline, Mass., still needing a victory at the U.S. Open to complete his career Grand Slam.

If it’s any consolation to the 45-time PGA Tour winner, he was nowhere close to achieving the feat at the 2022 U.S. Open; he finished 11 over par for the tournament, well off the projected 3-over cut line. At the time he completed his second round, he was tied for 138th, ahead of only one PGA Tour regular and trailing 11 of 16 amateurs in the field.

Per ESPN Stats & Info, this is just the fifth time Mickelson has missed the cut at the U.S. Open. His 11 over is his second-worst score, relative to par, in any major event. His worst score came in the 2020 U.S. Open, where he shot 13 over.

Mickelson — a recent defector to the Saudi Arabia-backed LIV Golf Invitational Series and one of its biggest headliners — declined to speak to reporters following his finish Friday. Instead, the United States Golf Association, which runs the U.S. Open, released a statement. Mickelson made no mention of LIV Golf, per a transcript of his comments.

Mickelson, who turned 52 on Thursday, carded an 8-over 78 in Round 1. He was decidedly better on Friday but still finished 3 over par for the day to miss the cut line by a wide margin.

“It was OK,” Mickelson said of his second round. “I had a good day.”

“Good” is relative, as only 52 golfers shot 3 over or worse Friday. Moreover, Mickelson’s dud at the U.S. Open caps a two-week stretch of bad golf. He finished LIV Golf’s inaugural event — LIV Golf London — at 10 over.

Mickelson’s lowlights at the U.S. Open — his first tournament on American soil in over four months — included a four-putt double bogey on the par-3 sixth hole in the first round, all of which were within 12 feet of the hole. He totaled five bogeys, two double bogeys and one birdie in the opening round.

Mickelson finished the front nine of his second round even, with two birdies and two bogeys each. But consecutive bogeys on Holes 13, 14 and 15 ensured he would have one of the worst major outings of his professional career.

Fans in attendance declined to add insult to injury to the beleaguered golfer, generally shouting words of encouragement (his former PGA Tour contemporaries have expressed disappointment or disdain for his move to LIV Golf.)

“The fans here have always been terrific, and they really support all sports,” Mickelson said, according to the transcript. “I love it when we bring golf here because they create a really special atmosphere.”

If there is any silver lining for Mickelson, it’s this: He will have at least three more chances to add the U.S. Open to his list of career victories, through 2025. He has a five-year exemption to the U.S. Open, courtesy of his victory at the 2021 PGA Championship.

Mickelson was one of 17 LIV golfers suspended from the PGA Tour by commissioner Jay Monahan on June 9.

Even if Mickelson is unable to win at the U.S. Open over the next three years, it won’t be difficult for him to improve on his 2022 performance.