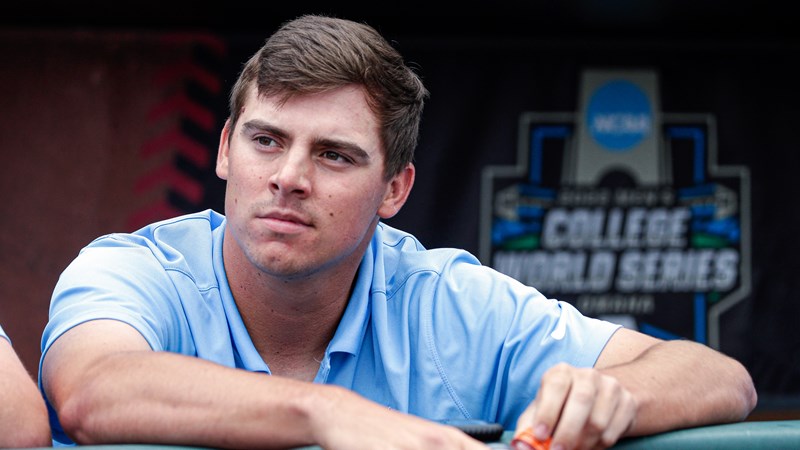 LEADING OFF
• Ole Miss is participating in its sixth NCAA College World Series and the second of the Mike Bianco era, last reaching Omaha in 2014.

• The Rebels are joined by Texas A&M as the only teams in the field to go undefeated during postseason play. Ole Miss has outscored its opponents 46-11 during the NCAA Tournament.
• The Ole Miss bullpen has not allowed an earned run since May 21, surrendering just one unearned run during the NCAA Tournament.
• During the NCAA Tournament, Ole Miss leads the nation in Hits allowed per 9 innings (5.60), shutouts (2), strikeout-to-walk ratio (5.58), strikeouts per 9 innings (13.4) and WHIP (0.89) and ranks second in ERA (2.00).
• Ole Miss reached the College World Series with a two-game sweep on in-state foe No. 10 Southern Miss, recording the first two shutouts of the season for the Rebels.
• Rebel pitching posted 21 strikeouts in Hattiesburg to just three walks.
• The Rebels are one of four programs all-time to make three-straight Super Regional performances, joining Arkansas, East Carolina and Stanford.
• Ole Miss advanced to the Super Regional round by winning all three of its games at the NCAA Coral Gables Regional, the first-ever road regional win for the Rebels.
• The Rebels captured the regional championship with a 22-6 victory over Arizona, the most runs scored in a single NCAA Tournament game in program-history.
• Ole Miss is ranked 8th in the Collegiate Baseball Newspaper Top-30.

THEY LET THE REBS GET HOT

Since the start of the postseason, Ole Miss has been on a tear. The Rebels join Texas A&M as the only teams undefeated in the NCAA Tournament, outscoring opponents 46-11. The Rebels racked up 22 runs against Arizona to claim the Coral Gables Regional, the most runs scored in a postseason game in program-history. The Rebs then swept No. 10 Southern Miss in Hattiesburg in the Super Regional round, securing Ole Miss’ first two shutouts of the season.

Starters Dylan DeLucia and Hunter Elliott were nothing short of sensational during the Hattiesburg Super Regional. DeLucia pitched 5.2 shutout innings, striking out nine batters and allowing just four hits and two walks. The next day, freshman Elliott rose even higher, tossing 7.1 scoreless frames with a career-high 10 strikeouts, while surrendering three hits and no free passes.

Josh Mallitz has allowed 0 earned runs in 12-of-15 relief appearances this season, pitching at least one complete inning in 10 of those 12 instances. The Florida native has held Ole Miss’ opponents scoreless in each of his last six outings, totaling 14.1 innings.

Peyton Chatagnier was in top form during the Coral Gables Regional, pacing the Rebels with 10 runs driven in, while posting a .538 average, five extra base hits and three runs scored. The Texas native’s biggest swings came in game one against Arizona, tying the game with a towering two-run blast and notching the winning hit with a bases clearing double.

THE PEN IS MIGHTIER

Ole Miss’ Jacob Gonzalez and Hunter Elliott have been invited to the 2022 USA Baseball Collegiate National Team, which will be managed by Rebel head coach Mike Bianco. It is the second-straight season that Gonzalez has made the Team USA Roster. The team will compete this summer in North Carolina and The Netherlands.

Left hander Hunter Elliott was tabbed to the Collegiate Baseball Newspaper Freshman All-American list. Elliott ranks fourth in the SEC with a 2.82 ERA, fourth lowest in the nation among freshmen. The Tupelo, Mississippi, native Also ranks fourth in the SEC in opponent batting average at .202. Elliott has struck out 92 batters on the year, the seventh most in the conference. In league play, the rookie excelled as well, ranking ninth in the SEC in strikeouts (53) and 10th in ERA (3.43).

Ole Miss landed three players on the 2022 All-SEC teams, with Jacob Gonzalez, Tim Elko and Hunter Elliott all honored. Gonzalez was named to the first team as a shortstop, ranking in the top-10 in the SEC in walks, runs and home runs. Elko received his first All-SEC nod with Second Team recognition after recording the third most RBIs in the league during the regular season. Elliott rounded out the honorees with a spot on the Freshman All-SEC team, posting a 3.29 ERA with 74 strikeouts, ranking seventh in the league in both.

Ole Miss has not one but two of the greatest home run hitters in the history of the program on its roster in seniors Tim Elko and Kevin Graham. With 22 home runs this season, a single-season record at Ole Miss, Elko has racked up 44 in his career, second most in program history and four shy of Kyle Gordon’s career record. Not far behind is Graham, who with 10 this season sits at 37 in his career, tied for the fifth most in a Rebel career.

Ole Miss ranks 20th in the nation and has set a single-season program record with 99 home runs on the year. The Rebels have five double-digit home run hitters in Tim Elko (22), Jacob Gonzalez (17), Peyton Chatagnier (11), Kemp Alderman (10) and Kevin Graham (10) and have had 13 different players go yard. The Rebels have hit back-to-back home runs five times this season, including launching three in a row twice.

Ole Miss earned a 5-2 win over Mississippi State at Trustmark Park, regaining control of the Governor’s Cup for the first time since 2015.

GREAT IN A PINCH

After filtering in and out of the starting lineup at the beginning of the year, senior Ben Van Cleve has settled into a role as the Rebels’ best option off the bench in a pinch-hitting situation. Van Cleve is batting .300 this season as a pinch hitter, including three doubles.

Ole Miss ranked fourth in the nation in both total and average attendance this season. In 31 home games this season, 309,949 total fans packed the stands at Swayze Field, good for an average of 9,998 per game.

Of the 41 players on the Ole Miss roster, 11 hail from the state of Mississippi. The 11 local products are tied for the most for the Rebels since 2017.

Jacob Gonzalez lashed his third triple of the season in the Rebels’ Governor’s Cup win over Mississippi State at Trustmark Park, becoming the first Rebel with at least three triples in a season since Tate Blackmon legged out four in 2017.

THE BOYS ARE BACK!

Ole Miss returns nearly the entirety of its potent offense from the 2021 season with eight of nine positional starters returning to the Rebel lineup, Ole Miss is poised once again to put up gawdy numbers on the scoreboard.

Ole Miss has nine junior college products on the 2022 roster, five of which are new additions. Four of the five JUCO players come from schools within the Mississippi Association of Community Colleges Conference.

STARS IN THE MAKING

Ole Miss has six players ranked in D1Baseball’s Top 2022 MLB Draft College Prospect Rankings. All six Rebels are ranked inside the top-150, tied for the most in the top-150 in the nation. Additionally, a pair of Rebs find themself in the top-100 for the 2023 rankings.

STUDS AROUND THE DIAMOND

When D1Baseball released its top-50 position power rankings this offseason, Ole Miss was well represented, landing at least one player at every single position. The Rebels’ full rankings can be found below:

Rebels in the Top-50 Position Rankings

RESPECT FROM THEIR PEERS

Ole Miss landed a league-high five players on the Preseason All-SEC team, having a player recognized at four of five infield positions.

Bursting onto the scene last season with one of the greatest true freshmen seasons ever in a Rebel uniform, shortstop Jacob Gonzalez quickly established himself as one of the nation’s elite young talents. In addition to being named D1Baseball’s National Freshman of the Year, the California native joined Stephen Head as the only Rebs ever to be named an All-American as a freshman, earning the honor from both D1Baseball and the NCBWA. Starting all 67 games at short, Gonzalez led all true freshmen in hits and runs scored. Poised for another big season, the sophomore has reeled in a myriad of preseason honors for 2022.

Gonzalez’ Preseason Honor Round Up

COME TO THE SIP

With a pair of electric arms departing for the Major League Baseball Draft in Gunnar Hoglund and Doug Nikhazy, Ole Miss utilized the transfer portal to bring in some talent on the mound in Division I transfers John Gaddis and Jack Washburn. Both bring quality experience to the Rebel roster, with Gaddis pitching four seasons at Texas A&M-Corpus Christi and Washburn moving to Oxford after two seasons at Oregon State.

Keep up with all the latest news and information on the Rebels by following Ole Miss baseball on Twitter at @OleMissBSB, on Facebook at Facebook.com/OleMissBaseball, on Instagram at Instagram.com/officialolemissbsb and on TikTok at @olemissbsb. Also, follow head coach Mike Bianco on Twitter at @CoachMikeBianco.