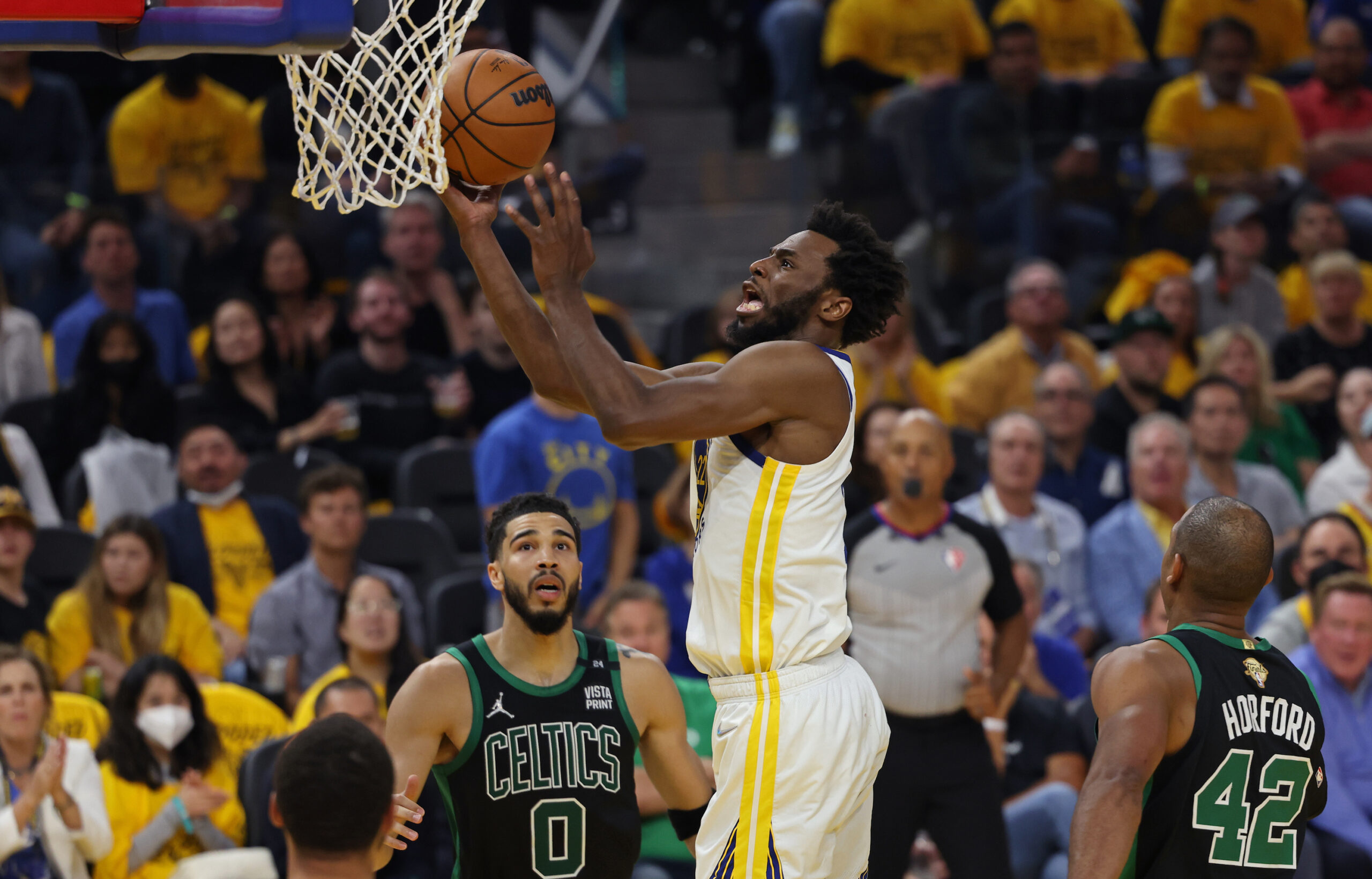 From printing posters to shutting down stars, Andrew Wiggins was the lead story coming out of Golden State’s Game 5 win against Boston on Monday. The former No.1 pick finished with 26 points and 13 rebounds after amassing 17 points and 16 rebounds in Game 4.

Wiggins has seen his career arc shift mightily since the Timberwolves traded him to the Warriors, with a February peak in his All-Star starting nod. Now, the 27-year-old forward is just one game away from an NBA championship.

The drama of Wiggins’ story, punctuated by Monday’s performance, did not go unnoticed by the NBA world as former players and NBA legends chimed in on his play.

Wiggs is making the game look easy. He’s not forcing anything. He’s letting the game come to him but he’s still being aggressive!

Andrew Wiggins has been the best player on the court tonight pic.twitter.com/9qFdy4rqq6

Wiggins was awesome tonight. Lots to unpack tomorrow on @FirstTake

Steve Kerr told me a few years ago when they got Andrew Wiggins, “Andrew doesn’t have to be the best player for us. He just has to be the third or fourth or fifth best play for us.”

This has been fun to watch.

That damn CULTURE of the Warriors will definitely bring the BEST out of any player! That brother Wiggins is the PERFECT example. Carry the hell on…

It was an eerily appropriate performance for Wiggins, who followed in the NBA Finals footsteps of his father. Mitchell Wiggins also made his mark in Game 5 of the 1986 Finals against, you guessed it, the Boston Celtics.

Mitchell Wiggins, father of Andrew Wiggins, came off the bench for the Rockets in Game 5 of the 1986 #NBAFinals against Boston and helped lead Houston to victory with 16 PTS and 7 REB! #NBAVault #NBA75 pic.twitter.com/2neSjzIKge