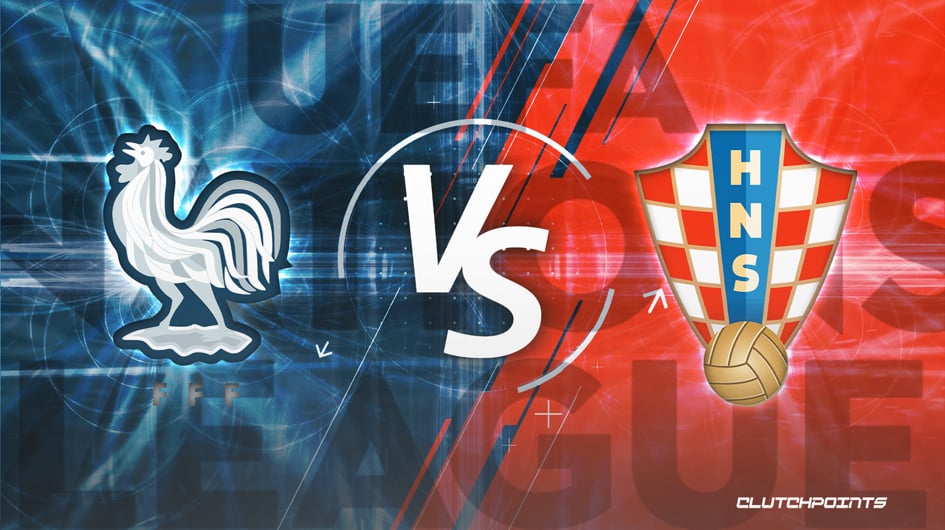 France will play host to Croatia on the fourth day of UEFA Nations League A, with the former trying to get their first win of this competition and latter looking to challenge the leaders of their group. With that said, it’s a good time to check out our Nations League odds series, which includes our France-Croatia prediction and pick we have laid out below.

France have been doing poorly in this competition since it started on June 3rd. The current World Cup holder have managed just two points in three games, losing to Denmark and drawing 1-1 ties with Croatia and Austria. Relegation to Nations League B would be a huge upset, so France need to be alert in these next few games.

Croatia opened the tournament with a 3-0 loss to Austria, but bounced back with a 1-1 draw with France and a win over Denmark. They are only two points behind Denmark and will look to secure a win here to push up the table.

Courtesy of FanDuel, here are the France-Croatia Nations League odds.

Why France Could Win This Game

The famous Tricolori were enjoying a great run of form until they started to play in this competition. They secured their place in the 2022 World Cup with ease and have dominated friendlies ever since. However, it seems like fatigue of some of their best players is really showing here. After tying twice and falling to Denmark,  France would be on their way out of Nations League A with a loss to Croatia, a major embarrassment for the World Cup champions.

Their biggest reason for optimism, at least on paper, is a clear talent advantage. France have the best player in the world right now, Karim Benzema, and while he might be tired from the number of games he played for Real Madrid, he is still amazing. Benzema is joined by the likes of Kylian Mbappe, Antoine Griezmann, Aurelien Tchouameni, Christopher Nkunku and many more high-level players who thrive on the football world’s biggest stages.

In terms of quality, the French squad is set.

However, aside from factors we can measure or debate like player quality, the fact that France might be last in this group, as World Cup holders, is likely going to be the biggest motivator for them. They already beat Croatia in a more important game, the 2018 World Cup Finals, and despite playing to a 1-1 draw in Croatia, they are rightful favorites at home.

By all metrics, France have the better team and should take all the points from this match.

Why Croatia Could Win This Game

From losing 3-0 at home to Austria to playing France to a 1-1 draw, Croatia have had a wild ride in this edition of the UEFA Nations League. Still, a win over group leaders Denmark must have been great for the confidence of this team. Now they are in a position to not only secure their position in the A league, but also push France further back.

For a team that lost to the French in the final of the 2018 World Cup, that provides all the motivation needed.

It is not only about motivation, however, as Croatia also possess a great team headlined by midfielder Luka Modric, one of the players who carried Real Madrid to the Champions League Trophy this year. They also have Mateo Kovacic, Marcelo Brozovic, Andrej Kramaric and Sime Vrsaljko, all of whom play for great clubs in top European leagues. Just the presence of those players gives the Croats a huge chance of beating anyone through their individual brilliance alone.

However, the biggest reason why Croatia could win this game is the implication of the results. If they were to win this match, Croatia would be at seven points. And with France completely out of the picture, the Croats could go for the throat of both Austria and Denmark, taking this group outright.

Winning the group would mean a place in the finals and a chance to win an international trophy, the first in Croatia’s history.

These teams are closer in quality than the names suggest. France have a better team, but Croatia keep showing they can tussle with the best national teams in the world. In the end, due to their status, quality and the fact the game is being played in their country, the advantage should go to the French.

Our final France-Croatia prediction is a France win at Stade de France stadium.