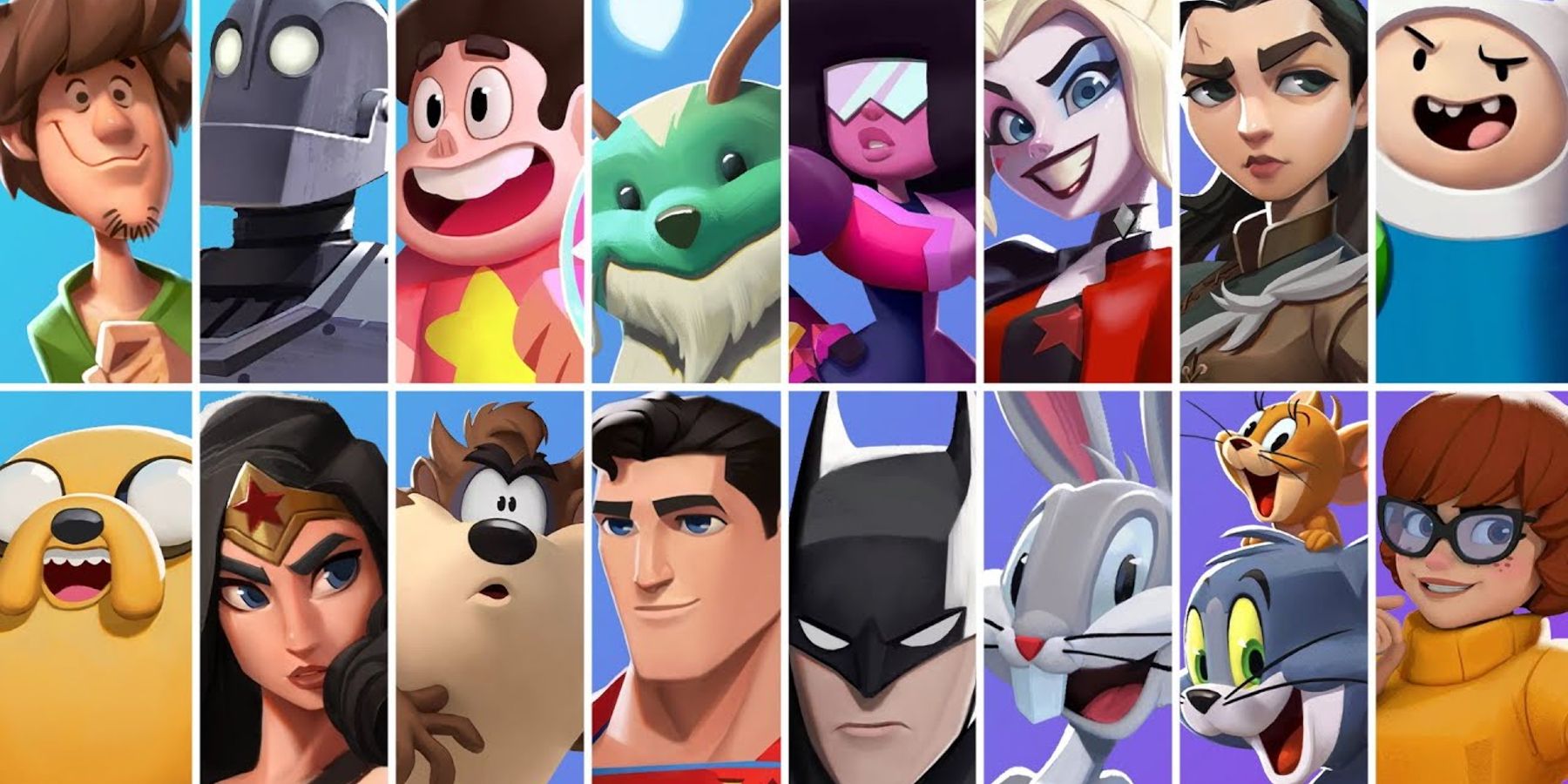 MultiVersus is now soft-launched, with Early Access available to anyone willing to watch 60 minutes of a Twitch stream to earn a code drop. The excitement surrounding the fighting game continues to build, but many potential MultiVersus players are still unclear about how the free-to-play title’s progression and monetization systems work. With that in mind, Player First Games and Warner Bros. Interactive have released a short trailer delving into MultiVersus‘ currencies, character unlocks, skins, and other rewards.

In MultiVersus there are two main currencies. Gold can only be earned in-game by playing, largely through completing matches and winning, while Gleamium is a real-money currency with no current way to acquire otherwise. Both can be used to purchase various cosmetics, though Gold-unlocked cosmetics are rare (and expensive) while most else is Gleamium-restricted at the moment. All unlocks are direct with a specific Gold or Gleamium price tag, so players shouldn’t expect any randomization or loot boxes.

There are multiple different meta progression systems available in MultiVersus as soon as a player logs in. It starts with the player’s own Career level, with experience earned per match and rewards being a simple 100 Gold per level. Next are individual character levels. Each character has a track of 15 levels with each level unlocking a reward, whether it’s Gold, an ever-important Perk, or certain cosmetics. Once reaching a certain level, character Perks in MultiVersus can also be improved with Gold. Progression has a direct impact on power, in this regard.

MultiVersus also has a monetized progression track, too. The MultiVersus seasonal Battle Pass will grant rewards as players complete challenges and earn experience. There’s a free track and a premium track, each providing useful rewards and cosmetics. Note that the premium track does offer XP Boosts for character progression, which could be considered gameplay-influencing due to Perks. These can’t be acquired directly, however, and character experience is earned relatively simply and speedily through normal play anyway.

Perhaps the most important system in MultiVersus, and perhaps the most controversial, is its character unlock system. Characters can be unlocked in MultiVersus in one of two ways. The first is by purchasing a Founder’s Pack, which can include Character Tickets. The second is with Gold, which cost between 1,500 and 3,000 at the moment. Gold does require quite a bit of grinding to earn, so players should make sure they pick which characters to unlock only after they’re certain.

In the end, MultiVersus offers a unique mix of progression systems and rewards, including both free content and premium options. Progression can absolutely influence gameplay but also rewards players for their time investment. Whether this balances out into a fun meta-experience will take some time to realize, especially as new content is added to MultiVersus. It undoubtedly provides a solid foundation for MultiVersus to prove itself, though, as a major free-to-play fighting game.

MORE: MultiVersus: How To Get Into The Beta