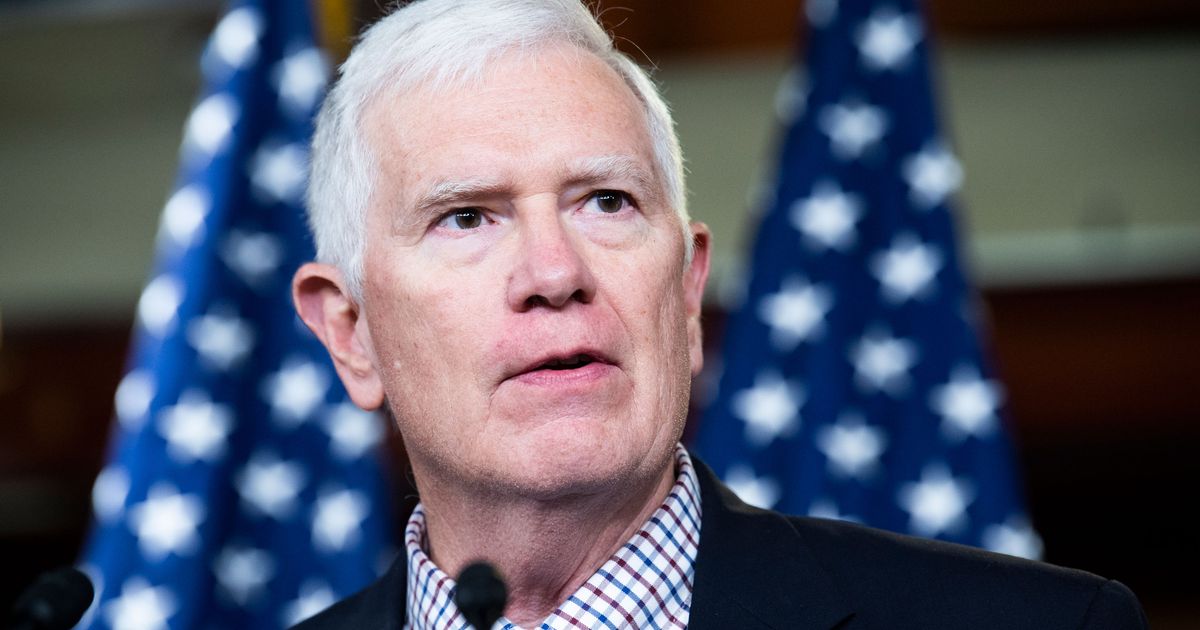 “MAGA Mo” somehow survived after being dumped by Trump, but not for long.
Photo: Tom Williams/CQ-Roll Call, Inc via Getty Images

Morris Jackson “Mo” Brooks Jr., whose long political career probably came to an end with a crushing defeat in a U.S. Senate runoff on June 21, was first elected to public office as a Republican at the age of 28, during Ronald Reagan’s first term, when many Alabama conservatives were still Democrats (George Wallace was elected to his final term as governor the same year). Brooks has been a staunch partisan Republican and steely conservative ideologue ever since. As Alabama political columnist Steve Flowers noted recently, Brooks has never much cared about legislating during his many years in elected office in Montgomery and Washington:

Mo and I were freshman legislators together in 1982. Mo served one four-year term in the Alabama House and left in 1986. He was immediately recognized as a right-wing nut, who was driven by an ideological agenda rather than being an effective legislator for his constituents. He was laughed at and ridiculed by the entire House and placed on the back row by the Speaker.

And that assessment is from someone who liked Brooks. After much wandering around through local elected offices and one failed statewide race for lieutenant governor, this “right-wing nut” managed to get control of a North Alabama congressional seat in the great tea-party election of 2010 and compiled the same record of grim negativism in Congress as he had in the state legislature; he was, characteristically, a co-founder of the obstructionist and proto-MAGA House Freedom Caucus. Had it not been for his belated alliance with Donald Trump (against whom he endorsed Ted Cruz in the 2016 primaries), Brooks probably would have drifted into history as just another reactionary crank. But instead he became the leading congressional champion of Trump’s effort to reverse the 2020 election, and when veteran pork-barreler Richard Shelby announced he would retire in 2022, Brooks leapt into the U.S. Senate race with Trump’s support and an early lead in the polls over Shelby protégé Katie Britt.

It’s been a long way down for Brooks. He ran what was generally considered a poor campaign that annoyed the loser-averse Trump; the former president took an interest in Britt after his buddy Bill Belichick, who coached Britt’s husband on the New England Patriots, vouched for her. Casting about for an excuse to dump Brooks, Trump seized on the hard-core constitutionalist’s refusal to support a post-inauguration ouster of President Joe Biden to suggest that this classic troglodyte had gone “woke.” He soon de-endorsed Brooks.

It’s a testament to Brooks’s stamina (along with the deep pockets of the Club for Growth, which kept his candidacy on the air, and old right-wing allies like Cruz, who campaigned with him) that after losing the support of his idol, the congressman made something of a comeback before the May 24 GOP Senate primary. Brooks finished second to Britt, but forced her into a runoff. He campaigned as “MAGA Mo” despite the rebuff from Mar-a-Lago, but then Trump put the final knife in his back with an endorsement of Britt on June 10. Brooks tried to explain away this treachery as the product of a scheme by Mitch McConnell, a not-so-secret Britt backer. But it was too little and too late. Mo lived by the MAGA sword and died by the MAGA sword.

You’d have to guess Brooks looks at Britt and sees a 21st-century version of the old conservative Democrats with whom he battled in the 1980s. Change her gender and her party ID, and Britt indeed looks familiar: a smart, young wheeler-dealer who knows how to shake down the federal government for the folks at home just like her mentor Shelby; a loyal satrap to corporate interests in the Deep South (Britt most recently ran the state’s top business-lobbying group); and a fair-weather demagogue willing to mouth right-wing culture-war pieties as a price of admission to power. All she really needed to seal the deal with Trump was to pay minimum lip service to his stolen-election fables by calling for a “nationwide forensic audit” of the 2020 results.

No wonder True Conservative Believer Mo Brooks bitterly referred to Britt’s victory as a triumph for the Alabama Democratic Party (whose Senate nominee has approximately zero chance of winning in November). She’s the reincarnation of Mo’s ancient enemies, and is probably off to a long career using government to serve her favored constituencies, instead of battling government itself.

Daily news about the politics, business, and technology shaping our world.

By submitting your email, you agree to our Terms and Privacy Notice and to receive email correspondence from us.