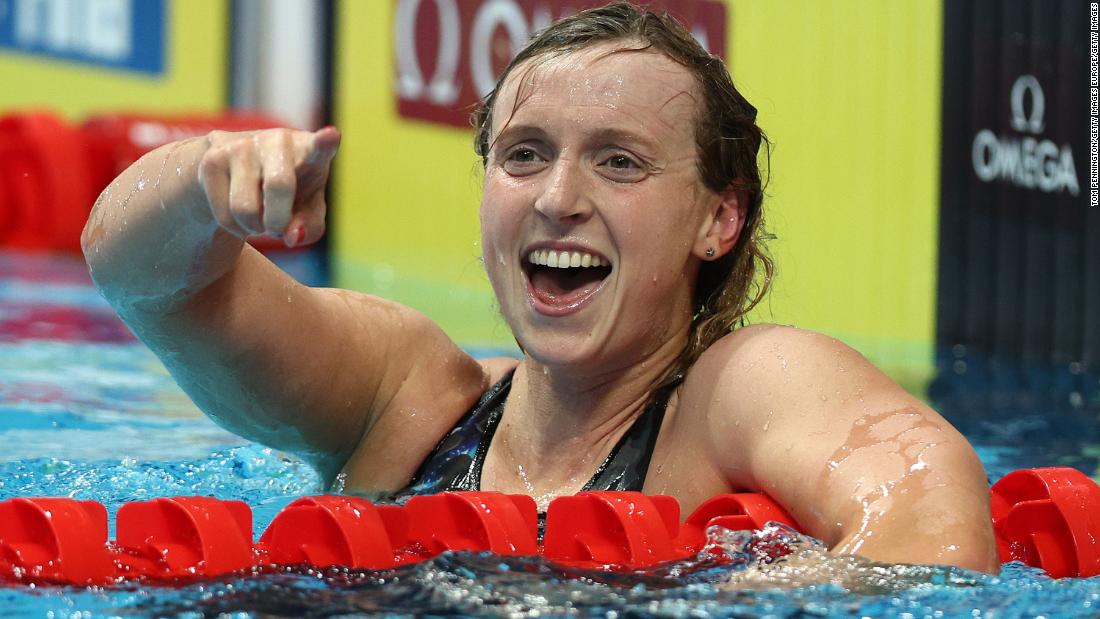 With this latest gold medal, Ledecky also tied fellow American Natalie Coughlin for the women’s record of 20 career medals at the world championships.

“It’s pretty wild because I feel like just yesterday I was in Barcelona at my first worlds,” Ledecky said, according to the Guardian. “It’s awesome representing Team USA year after year, and it’s an honor and a privilege, and it’s why I work hard.”

It was a dominant performance from the dominant force in women’s distance freestyle. Ledecky’s time of 15:30.15, though nearly 10 seconds off her world record, was more than eight seconds faster than any other women has ever completed the event.

The American left the rest of the field in her wake as she finished 14.74 seconds ahead of her compatriot Katie Grimes who took the silver medal.

The 16-year-old Grimes becomes the second-youngest medalist in the 1,500m at a world championships since Ledecky herself won the event for the first time in 2013.

“It is just awesome to be on the blocks next to her, be in the lane next to her, and to share this moment with her is really special,” Ledecky said, according to the swimming website SwimSwam.

The 1,500m free was Ledecky’s second gold medal of these world championships following victory in the 400m free on Saturday.

She has two events still to contest at these championships: the 4x200m freestyle relay on Wednesday and the 800m free on Thursday and Friday in which she can become the first swimmer to win five consecutive world titles in one event.