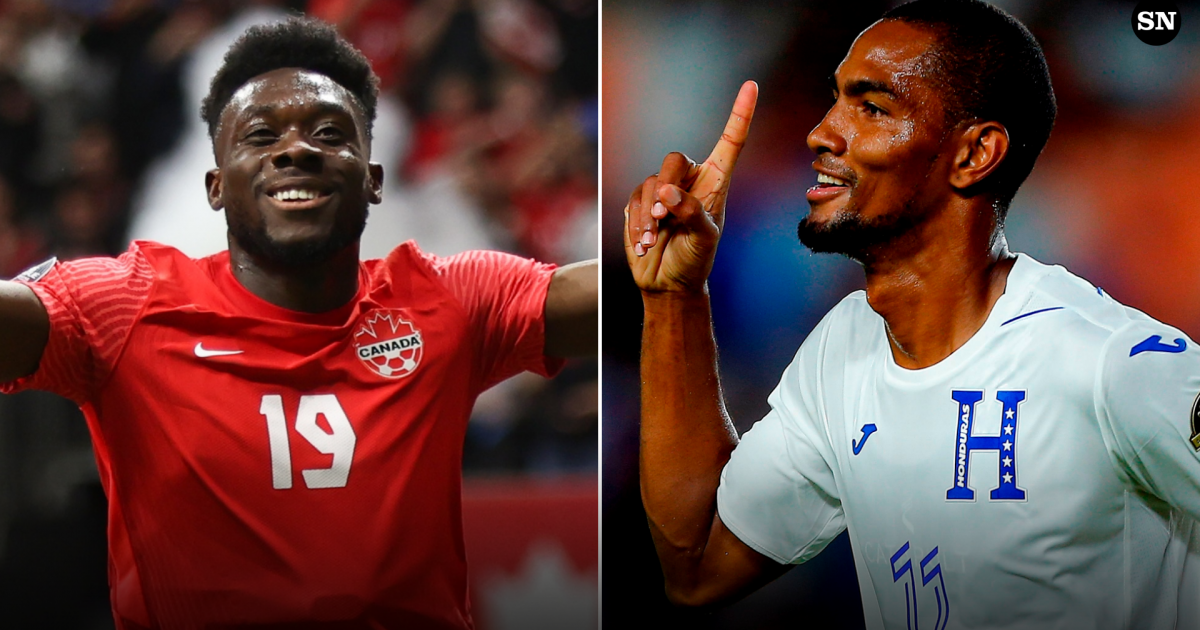 Canada shrugged Curacao aside with a 4-0 win last Thursday to open CONCACAF Nations League play, and now Les Rouges face a road test at Honduras with a chance to position themselves alone atop Group C.

The opening match win already has Canada in the top spot on goal difference, level with Honduras, but victory in San Pedro Sula would see them go three points clear and in prime position to secure qualification to the final stage of the tournament as expected.

Canada’s 2022 World Cup preparations were disrupted by a contract dispute between the players and federation, and a one-game strike led to the cancellation of a friendly against Panama on June 5. The players returned to training the next day ahead of last Thursday’s Nations League home win over Curacao.

Now, the men’s national team faces its first road test of the summer. While Canada had no troubles against Honduras in World Cup qualifying, Les Rouges did display some road struggles down the stretch of qualification after their World Cup place had already been secured. Losses at Costa Rica and Panama marred an otherwise unblemished qualification cycle, and the Canadians will be eager to display a return to form away from home ahead of the November tournament in Qatar.

MORE: Canada’s schedule and opponents in Group F at the World Cup

Monday’s match between Honduras and Canada from the Estadio Olimpico Metropolitano in San Pedro Sula will be broadcast by OneSoccer in Canada, which is streamed on fuboTV.

The match will be televised in the USA on UniMas and TUDN, wit both channels also streaming on fuboTV. An English-language stream is available on Paramount+ for subscribers in the United States.

MORE: Which teams have qualified for the 2022 FIFA World Cup?

Honduras has won just one of nine matches played in 2022, topping Curacao 1-0 in the first CONCACAF Nations League matchup. Outside of that lone victory, 2022 has been a complete nightmare for Los Catrachos.

After finishing bottom of the CONCACAF World Cup qualifying octagonal, Honduras fired head coach Hernan Dario Gomez in mid-April after just seven months in charge, installing Diego Vasquez as interim manager until a permanent solution is found. It has not resulted in significant change, with the narrow win at Curacao followed up by a disastrous home loss to the same tiny island nation three days later.

The Honduras starting XI from those two Curacao matches remained the same, although it’s possible that Vasquez makes some changes after the embarrassing loss.

Striker Jerry Bengtson was brought back into the fold by Vasquez after being frozen out of the squad by the former boss, but he couldn’t find the net in either match against Curacao. There aren’t many options behind him, as Bryan Rochez does not have an international goal from his 13 caps, and other attacking options like Edwin Solano or Luis Palma have equally poor international goalscoring records.

This summer, Canada has brought Alphonso Davies back into the national team for the first time since his COVID-induced myocarditis kept him out of the picture, and he has burst back onto the international scene. Davies scored two goals in the Friday win over Curacao, playing 76 minutes.

John Herdman deployed an attacking lineup last week, with Davies on the wing in front of left back Sam Adekugbe, with Tajon Buchanan on the other wing and both Jonathan David and Cyle Larin up front. It proved effective, producing two goals in each half.

The lineup used against Curacao is probably Canada’s most effective starting XI, and it is one that will surely be used most going forward. Atiba Hutchinson is going strong in midfield at 39 years old, but having played over an hour just a few days ago, it’s possible Mark-Anthony Kaye gets the start on the road in San Pedro Sula.

Herdman also has options at all positions off the bench, with Lucas Cavallini providing a goalscoring threat late in games, in addition to the presence of veteran Junior Hoilett. Young Ike Ugbo is also pushing for a World Cup roster spot and could be given more minutes in Honduras. Herdman could potentially deploy Dayne St. Clair or Maxime Crepeau at goalkeeper to see the two battle it out for the second-string spot behind entrenched starter Milan Borjan.

Interestingly, despite Canada’s dominance of CONCACAF World Cup qualifying, the 4-0 win over Curacao, and the return of Alphonso Davies, Les Rouges still don’t get the same respect from the betting market that the USA and Mexico are typically granted.

While the United States is a -245 favorite on the road at El Salvador on Tuesday, Canada isn’t given nearly the same love at just -145 on the moneyline. While this has to do with Canada’s recent road struggles in continental competitions, it’s still a surprisingly favorable line.

Additionally, the under is a heavy favorite as a cagey affair is expected despite Alphonso Davies scoring two in his first Canada match for months.