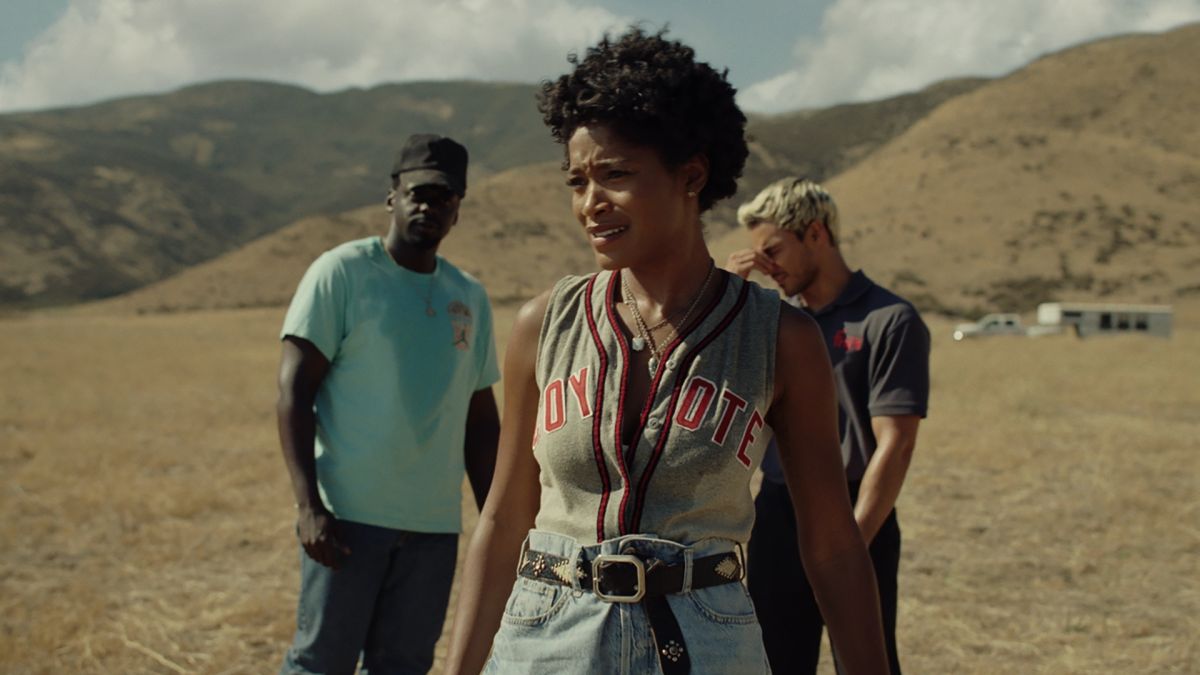 Nope director Jordan Peele has responded to a fan calling him the best horror movie director of all time, and it’s a masterclass in humility for a director who just pulled off a stunning hat trick with his latest release.

In case you missed it, reviews are pouring in for Peele’s upcoming movie Nope, and they’re glowing. Total Film’s review gave it four out of five stars and praised the “slow, masterful” build-up of action, contemporary themes, and spectacle of an ending. “You’ll spill out into the night jawing with your friends and gazing at the stars,” writes Jamie Graham.

Even still, Peele isn’t ready to call himself the king of horror, or even allow such proclamations by others to go unchallenged. Over on Twitter, a fan asked hypothetically if it’s time to “declare Jordan Peele the best horror director of all time.” Sure enough, Peele himself of all people responded, sarcastically asking the fan to “please put the phone down.”

Sorry. I love your enthusiasm but, I will just not tolerate any John Carpenter slander!!! pic.twitter.com/71sVfXAu7SJuly 20, 2022

Peele followed up by saying he “loves the enthusiasm,” and in doing so made it clear who he thinks is the real best horror director ever: John Carpenter, the auteur of horror classics including the original Halloween, The Fog, The Thing, Christine, and They Live.

It’s a smart move showing deference to Carpenter in this situation, but Peele has every right to feel proud about his own accomplishments in the genre, with Nope being his third horror (or at least horror-adjacent) flick to attract near-universal critical acclaim. His debut horror film, Get Out, even made it on our list of the best horror movies ever made. Whether he’s earned a spot next to Carpenter in the horror hall of fame is a matter of opinion, of course, but Peele’s opinion is clear: he still has some work to do to earn that honor.

Nope is just one of the many upcoming movies we can’t wait to see.