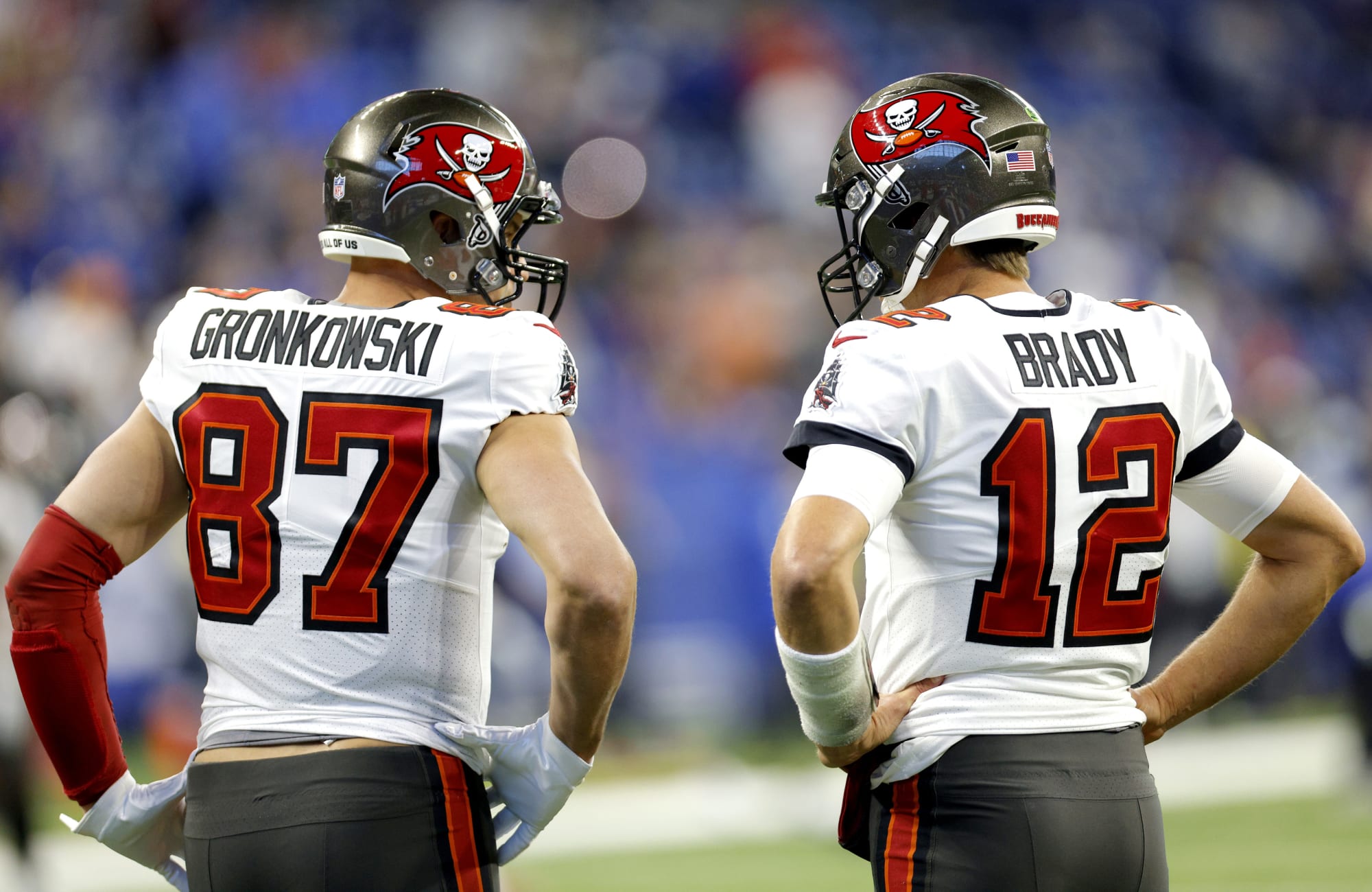 The Buccaneers just got a bit of extra cap space to play with during the 2022 season without the need to re-sign tight end Rob Gronkowski.

The decision by Rob Gronkowski to retire is going to leave the Buccaneers in a weird spot. Gronk is obviously still one of the best tight ends in the NFL, but his injuries and price tag last season did put an extra level of pressure on the team.

Now, the Bucs aren’t going to need to pay out to bring Gronk back, and this should leave them with a decent amount of cap space to make another signing or two.

If Tampa really wants to make the most of Tom Brady’s last season and shift from Gronk into someone else, it might make the most sense to go after another Hall of Fame pass-catcher to fill the void.

There is an interesting connection between Jones, the Bucs, and Brady. It is obvious that the GOAT would like as many weapons as possible and has already shown an interest in Jones, but the money wasn’t there at first.

Tampa already had a lot of money invested in wide receivers and needing to pay Gronk too was going to take the offense over the top from a money standpoint.

Instead of signing Gronk to a large deal, Tampa will probably go after a cheaper tight end to pair with Cameron Brate at the top, and this should leave enough money in the budget to quiet the doubters on the signing Jones.

Jones has the size, talent, and athleticism to step in as one of the best third or fourth wide receivers in the NFL. Some people may worry about his recent injury history, but he can’t be much worse than Gronk in that regard.

The Bucs are one of the few teams in the league that can make the most of a wide receiver room with three or four quality starters. This offense and the pass-first mentality from Tom Brady could easily make the most of Jones’ talents, and the Bucs should at least consider it if they want to stem the bleeding from this loss.

Good teams go after great players when they’re available. Jones is a lock to make the Hall of Fame down the road, and switch from a HOF tight end to a HOF receiver seems like a great way to keep talent on the field.

Want to write about the Buccaneers? Apply below!

Want your voice heard? Join the The Pewter Plank team!