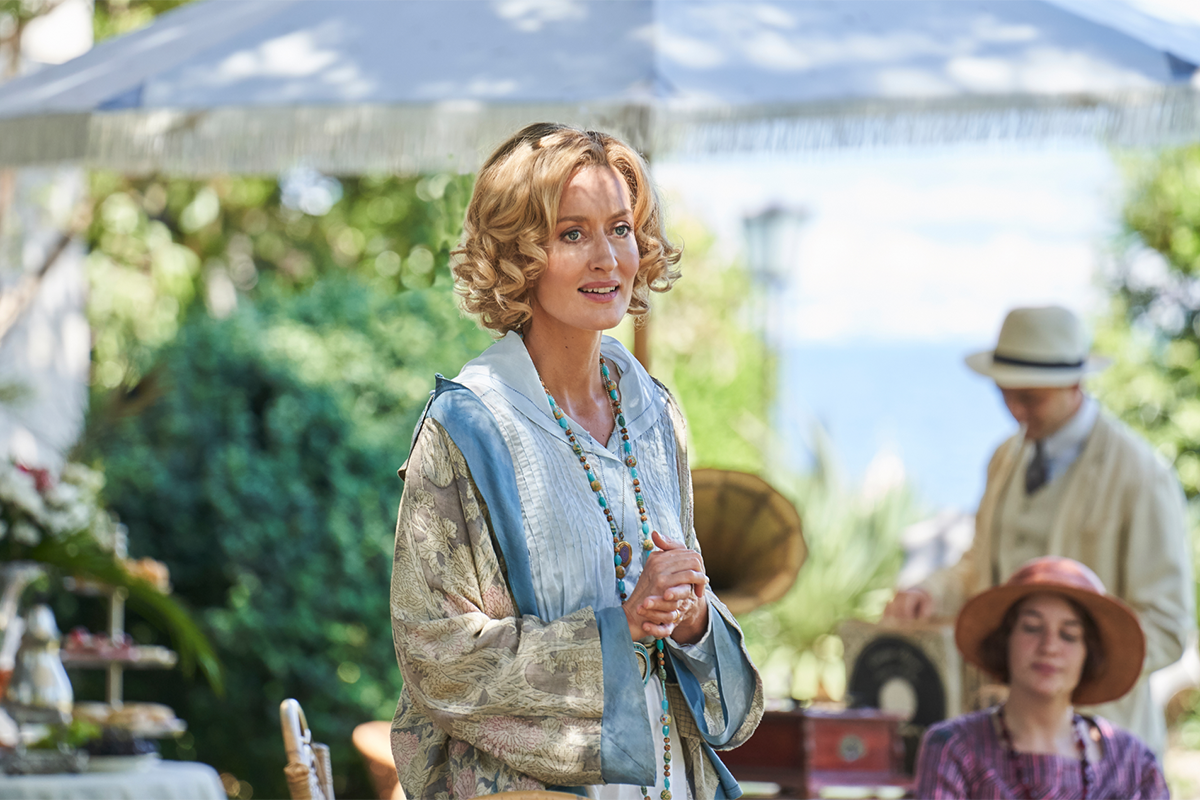 Hotel Portofino is PBS’ latest period drama, and it has a cast full of faces that British drama fans will recognize.

Natascha McElhone leads the cast as Bella Ainsworth, the owner of the eponymous hotel on the Italian Riviera who has to do not only with the rise of fascism, but also a classic whodunnit on her doorstep.

The Masterpiece show’s cast also includes one of the most beloved actors from the cast of Four Weddings and a Funeral, as well as some actors with some serious showbiz family connections

Here’s your guide to the characters of Hotel Portofino, as well as all the main info on where you have seen the actors before.

Who is in the cast of Hotel Portofino?

Who is Bella: The owner of the Hotel Portofino whose dreams of a quiet life in the Italian sun are dashed by the events of the plot.

Who plays her: Natascha McElhone, the British actor with a string of American roles under her belt. Most recently, she starred in the TV adaptation of the video game Halo, and her previous roles include Designated Survivor, Californication and The Truman Show.

Who is Cecil: Bella’s rich aristocrat husband whose main obsession is getting his son married off.

Who is Lady Latchmere: The hotel’s most notorious and hard to please guest.

Who plays her: Anna Chancellor, forever known to a certain generation as Four Weddings and a Funeral‘s Duckface. She also starred in Ordeal By Innocence, as well as recent shows like Hulu’s The Split and the upcoming movie Mrs. Harris Goes to Paris.

Who is Jack: A rich, self-made American hotel guest and Renaissance art expert.

Who plays him: Adam James, recently seen in submarine drama Vigil and period drama Belgravia. He also appeared as the book agent in Michaela Coel’s acclaimed I May Destroy You.

Who is Claudine: A Black dancer dealing with the prejudices of the 1920s, who is also mistress to Jack.

Who plays her: Lily Frazer, familiar from British shows like Ladhood and Cuckoo as well as cult horror Saint Maud. She also starred in Guy Ritchie’s film The Gentlemen.

Who is Melissa: A young hotel resident who is great-granddaughter of Lady Latchmere.

Who plays her: Imogen King, last seen in British dramas Clique and The Bay.

Who is Billy: A hotel employee, and the only surviving child of cook Betty (Elizabeth Carling).

Who plays him: Louis Healy, whose last role was in British soap Emmerdale. He is also the brother of Matt Healy, lead singer of band The 1975.

Who is Lucian: The son of Bella and Cecil, whose plans to marry him off may be foiled by his close friendship with Indian doctor Anish Sengupta (Assad Zaman).

Who plays him: Oliver Dench, possibly familiar to CW viewers from his role on Pandora. The name may also be familiar: Judi Dench is his great aunt.