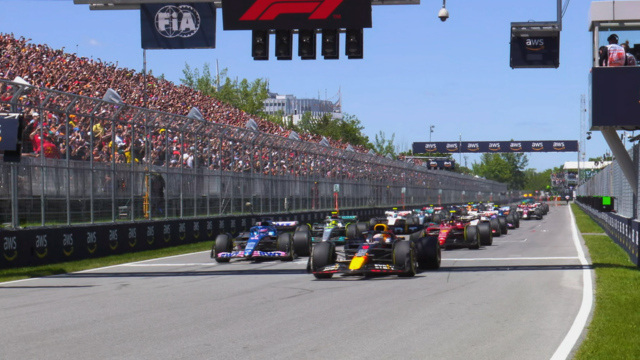 Max Verstappen enjoyed a perfect getaway from pole position for the Canadian Grand Prix, the Red Bull driver quickly establishing a healthy lead over Fernando Alonso – who failed in his stated mission to lead the first lap of the race for Alpine after qualifying a sensational P2.

Starting P19 after his raft of engine penalties, Ferrari’s Charles Leclerc made up two places on the opening lap, while Haas’s Mick Schumacher found himself falling two positions from P6, as he was passed by Alpine’s Esteban Ocon and Mercedes’ George Russell in quick succession.

LIVE COVERAGE: Follow all the action from the Canadian Grand Prix

Enjoy the race start in the video above.