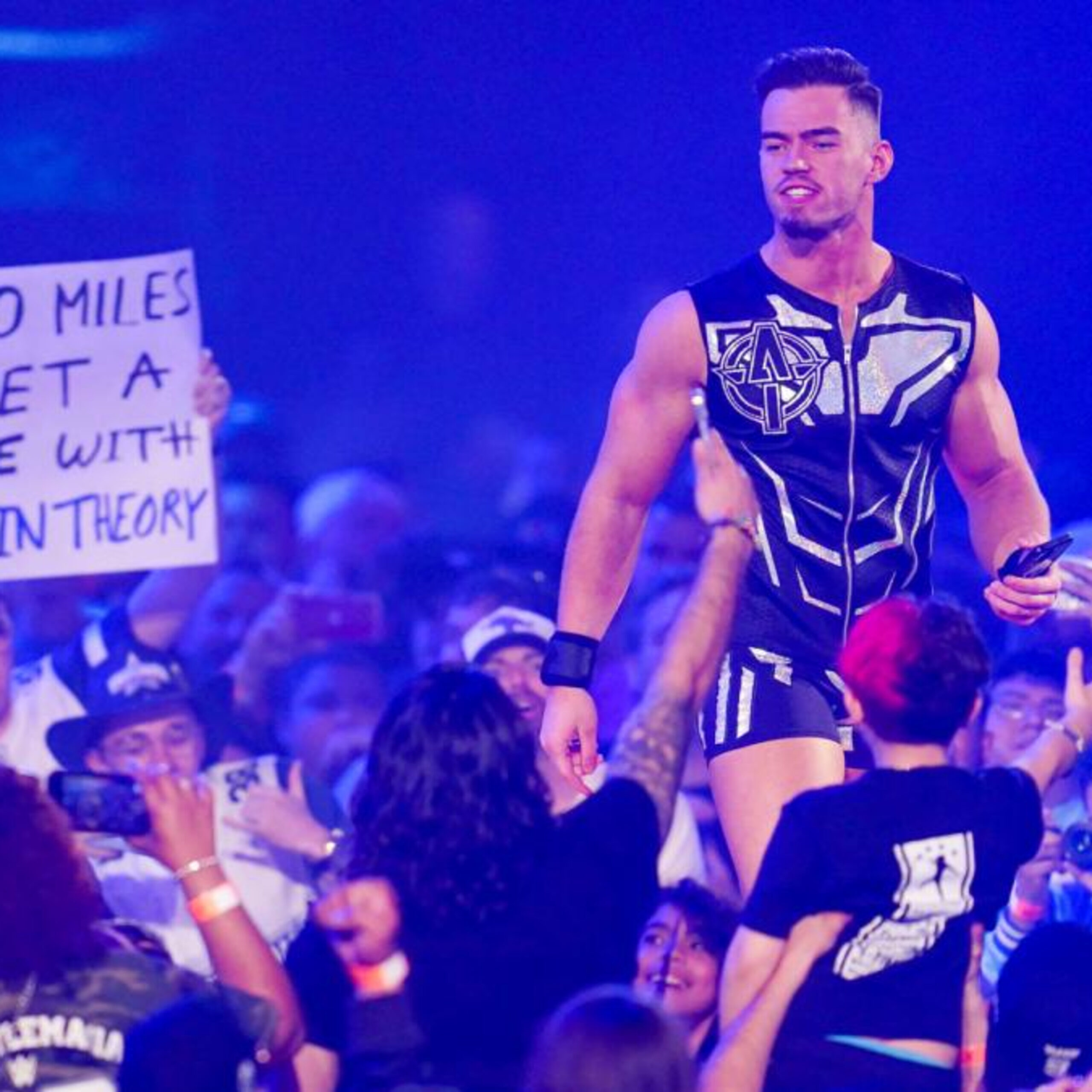 Injuries, departures and scattered schedules have left WWE with a major roster depth issue heading into the summer season.

This is typically the time of year the company likes to bring back big names and stack their shows with star power. However, with multiple main-eventers expected to miss the remainder of the year, both the men’s and women’s divisions will be directly affected.

Cody Rhodes underwent surgery for a torn pectoral muscle earlier this month and will be out approximately nine months, per WWE. Meanwhile, Sasha Banks’ exit could be imminent based on a recent report from Raj Giri from WrestlingInc.com after she walked out of Raw last month.

That’s in addition to Randy Orton’s timetable for a return to the ring being unknown and Roman Reigns’ appearances becoming much less frequent. WWE desperately needs fresh faces on both SmackDown and Raw right now, and it’s not as if they don’t have a wealth of talent to choose from to push.

These are some promising prospects (all having debuted on the main roster within the last three years) the promotion should attempt to feature more prominently in the absence of the aforementioned headliners.

In seemingly record time, Theory has gone from just another under-carder to a star on the rise on Raw.

He last stint on the red brand in 2020 was short-lived as it wasn’t long before he was moved back to NXT for additional seasoning. Although he’s always been skilled in the ring, it was there that he found his footing as a performer and as a character, laying the groundwork for what we’ve seen from him so far on Monday nights.

Becoming the on-screen protege for Mr. McMahon has done wonders for his career, and his standout performance against Pat McAfee at WrestleMania 38 earned him the United States Championship mere weeks later.

Now in the midst of a feud with Bobby Lashley and a potential program with John Cena in the works, it’s clear that WWE sees big things in Theory, and rightfully so. He’s really come into his own this year, and his gradual push up the card has been handled exceptionally well.

If WWE needs more main-event-level heels, Theory should be someone they look to, though it would be wise to not rush him too quickly if he’s not fully ready for that sort of spotlight.

Anyone who is a top talent in NXT being called up to either Raw or SmackDown is always a risk. It’s never guaranteed that they’ll be booked or portrayed the same way or that the powers that be on the main roster will see them for the star they are.

Granted, the presentation of the former WALTER received a complete overhaul to his name, his entrance music and even the color of his attire, but the key is that his intimidating aura remains.

He and Ludwig Kaiser (f.k.a. Marcel Barthel) have been on an absolute tear these past two months. Last Friday on SmackDown, Gunther scored his first taste of main roster gold in the form of the Intercontinental Championship.

That once-prestigious title is a fine stepping stone for him, but he should be bound for bigger and better things before long. He has the potential to be a major force on Friday nights and be a compelling challenger for Roman Reigns’ Undisputed WWE Universal Championship eventually.

The WWE Universe and Vince McMahon himself are slowly but surely starting to realize what made this menacing man so special in NXT UK. A fully-unleashed Gunther would be a worthy addition to SmackDown’s depleted main event scene at the moment.

Despite the needless name change, Raquel Rodriguez has so far had a seamless transition from NXT to SmackDown.

The former NXT Women’s champion arrived on the blue brand days removed from WrestleMania 38. Although it took WWE a few weeks to finally put her in the ring, she debuted with dominance and has impressed any time she’s been in action over the last two months.

Her first breakout performance came on the May 13 edition of SmackDown when she answered an open challenge for Ronda Rousey’s SmackDown Women’s Championship. She took the UFC Hall of Famer to the limit in what was a physical, entertaining outing for as long as it lasted.

It was only days later that Sasha Banks and Naomi walked out of Raw, resulting in a big blow to SmackDown’s women’s division. Beyond Rousey, they were positioned as the two top female faces on Friday nights for WWE, and all signs point to them not being back any time soon.

Rodriguez doesn’t have anywhere near the same kind of connection to the crowd as they do, but she’s someone who is absolutely worth WWE investing in. She’s improved immensely in recent years, and when the time comes for her to return to her roots as a heel (ideally soon), she’ll be even more appealing as an opponent for Rousey.

Regardless of whether he’s going by Butch or Pete Dunne, the former NXT United Kingdom champion has all the tools necessary to be a top star. Thus, WWE must stop biding their time with him and begin his ascent up the card immediately.

He’s been a member of the SmackDown roster for all of three months now and has done nothing of note. In fact, he’s lost a majority of his television singles matches and has hardly been positioned as any sort of a threat.

He has natural chemistry with his Brawling Brutes buddies Sheamus and Ridge Holland, but the alliance has done him no favors. He was doing just fine breaking bones and targeting tendons as Pete Dunne in NXT, and that’s the formula WWE should follow with him on the main roster.

SmackDown needs more main-event players, and Dunne can be one of them with the right booking. He’d obviously first need to be taken seriously as a midcard competitor, but nothing will change until he’s repackaged or he reverts back to who he once was.

At just 28 years old, Butch has his entire career ahead of him, but there’s no excuse for WWE wasting him in a one-dimensional gimmick in the meantime.

His extremely delayed arrival on Raw started out as something of a meme among fans, but Veer Mahaan has actually proved to be quite the competitor since finally debuting immediately following WrestleMania 38.

He never had much of a chance to showcase his skills during his short-lived tandems with NXT’s Sanga or SmackDown’s Shanky. Having amassed victories over the likes of Rey Mysterio, Dominik Mysterio and Mustafa Ali, breaking out on his own has undoubtedly been the best thing for him.

His in-ring skills are still progressing, but he has a certain presence about him that few others on the roster do, specifically when it comes to his strong social media game on Twitter and Instagram.

He’s also shown through pre-taped promos that he’s a well-spoken individual and that there’s more to him than the foreign monster heel WWE has made him out to be. He may actually have more upside as a babyface in the long-term, which WWE could easily explore with Cody Rhodes and Randy Orton being gone from Raw for the foreseeable future.

It’s imperative that the company doesn’t build him up for months on end only to have him lose to the patriotic babyface and render him irrelevant from there. He has much more to offer than that and has barely scratched the surface of what he can do.

WWE has thankfully increased Shotzi’s presence on SmackDown as of late, but she’s far from where she should be on the card.

It’s quite clear the company has had no idea how to utilize her from the moment she was brought up to the blue brand almost one year ago. Her tag team with Tegan Nox amounted to nothing, and her subsequent heel turn stripped away everything that made her stand out as a character.

Her brief feud with Sasha Banks didn’t exactly boost her stock, either.

She’s basically been a punching bag for Ronda Rousey and Raquel Rodriguez in recent weeks, and it’s been disappointing to see for fans who are aware of what she’s capable of. She can easily connect with a crowd as a babyface and is a talented performer in the ring, but the average viewer wouldn’t know that because of how she’s been booked.

A Money in the Bank Ladder match would instantly turn her fortunes around, but that doesn’t appear to be in the cards. She’ll first need to go back to being a babyface and be built up from there because the audience has zero incentive to care about her as a heel.

It will be near impossible for anyone to fill the void The Boss leaves behind, but Shotzi is someone who should at least be afforded an opportunity to shine before being written off entirely.

There’s no better time to start experimenting with Montez Ford as a singles star than now.

The man has charisma oozing out of his pores and has been primed for singles stardom for quite a while. He and Angelo Dawkins have had a ton of success in the tag team ranks as The Street Profits, but they’ve done all they can do as a duo, and Ford can be a real asset to the upper-midcard right now.

That isn’t to say Street Profits should break up. Rather, they can remain aligned while Ford tries his hand at singles competition and attempts to make a name for himself on his own.

Ford checks all the boxes of what WWE looks for in their top talent and has flourished any time he’s had one-on-one matches with Roman Reigns, Seth Rollins, Andrade and Dolph Ziggler.

The biggest issue with pushing him in the past was that there was the fear he could be overshadowed by someone far more established and/or accomplished. However, with there being so little star power on either brand these days, WWE has nothing to lose from at least doing a test run with Montez Ford on his own and seeing how he fares.

If he does well (and there’s no reason to think he wouldn’t), WWE could have a future world champion on their hands.