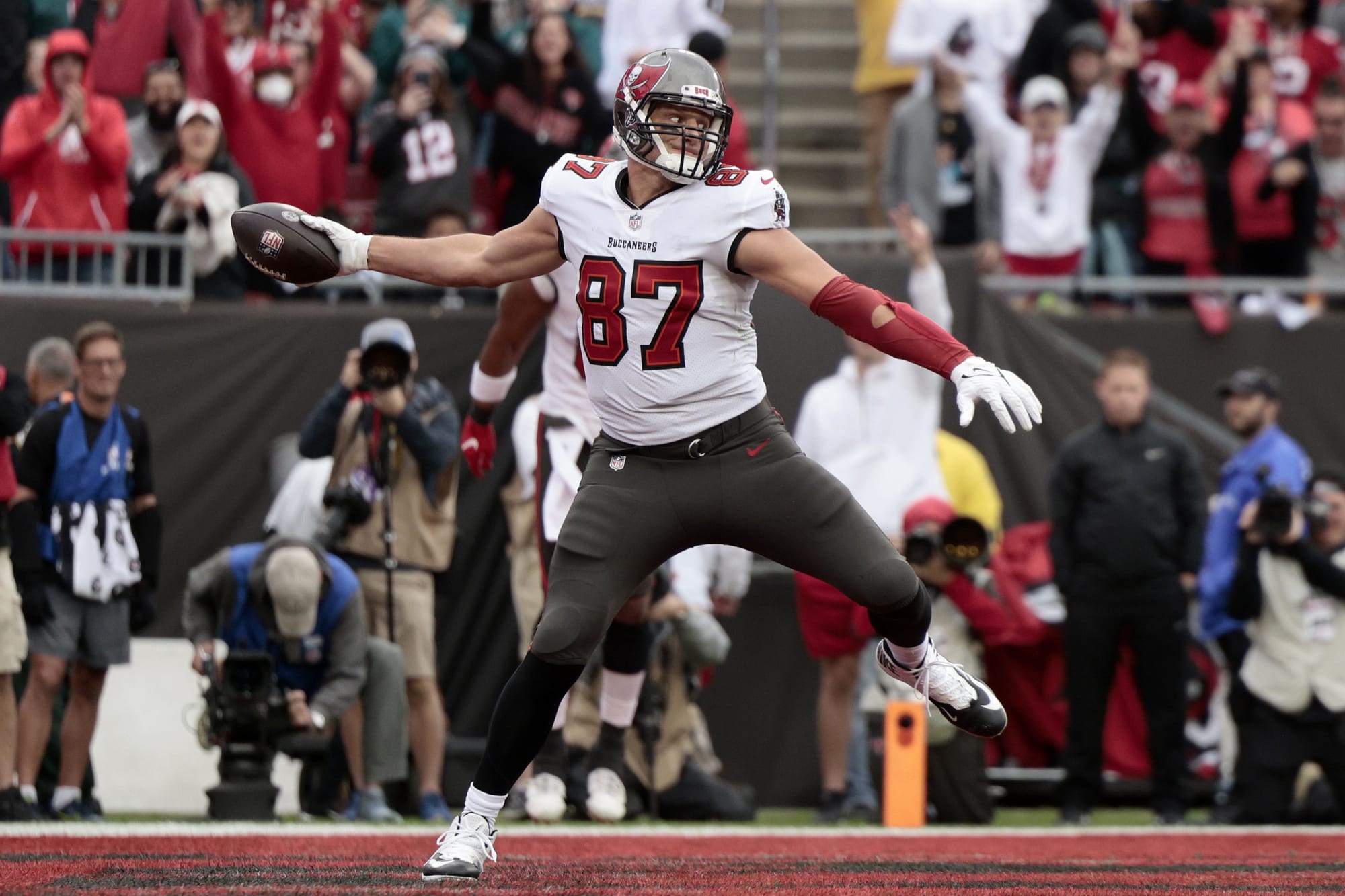 Rob Gronkowski hasn’t caught a pass for the New England Patriots since his spectacular 2019 Super Bowl performance, a game where he and Tom Brady hooked up one final, impactful time on a lunging, diving play to set up a rare score in the snoozeworthy affair.

He’ll eternally remain a legend of this franchise, however, even after unretiring, joining the Tampa Bay Buccaneers for one final title run with TB12, and adding to his Hall of Fame resume.

For now, though, that tenure in the league is done…we think…probably…right?

Gronk released a lengthy statement on Instagram on Tuesday solidifying his retirement decision for the second time in three-plus years.

Much like his partner in crime Tom Brady, though, he didn’t mention the Patriots in his post — a reasonable omission this time around, though, considering he’d already had a grandiose departure from New England back in the 2019 offseason.

An all-time great officially hangs em up at 33 years old.

How official is “official,” Gronk? Asking for a Patriots fanbase that’s already been burned by this.

It’s been a long time since the days of Gronkowski threatening retirement rather than a trade to the Lions, and he’s added an additional ring to his trophy case after linking back up with Brady.

As Gronkowski put it in his statement, though, playing in Tampa was the dream, according to a collegiate writing assignment, where he could soak up the sun and fun:

And let me tell ya, the journey in Tampa over the last 2 years has blown away what I originally wrote about in college, big time. And for this, I want to thank the whole entire first class Buccaneers organization for an amazing ride, trusting me to come back to play and help build a championship team. I will now be going back into my retirement home, walking away from football again with my head held high knowing I gave it everything I had, good or bad, every time I stepped out on the field.

Will this really be permanent retirement? The legend’s agent Drew Rosenhaus isn’t so sure he won’t be swayed by Brady one more time.

If it is the end of the road, however, that means we’re a few months closer to a Canton enshrinement and a reignition of Gronk’s relationship with Robert Kraft, Bill Belichick and the rest of the “un-fun” posse.

Here’s hoping Patriots fans get a chance to embrace one of the most unique hybrid weapons/elite blockers this game will ever see.