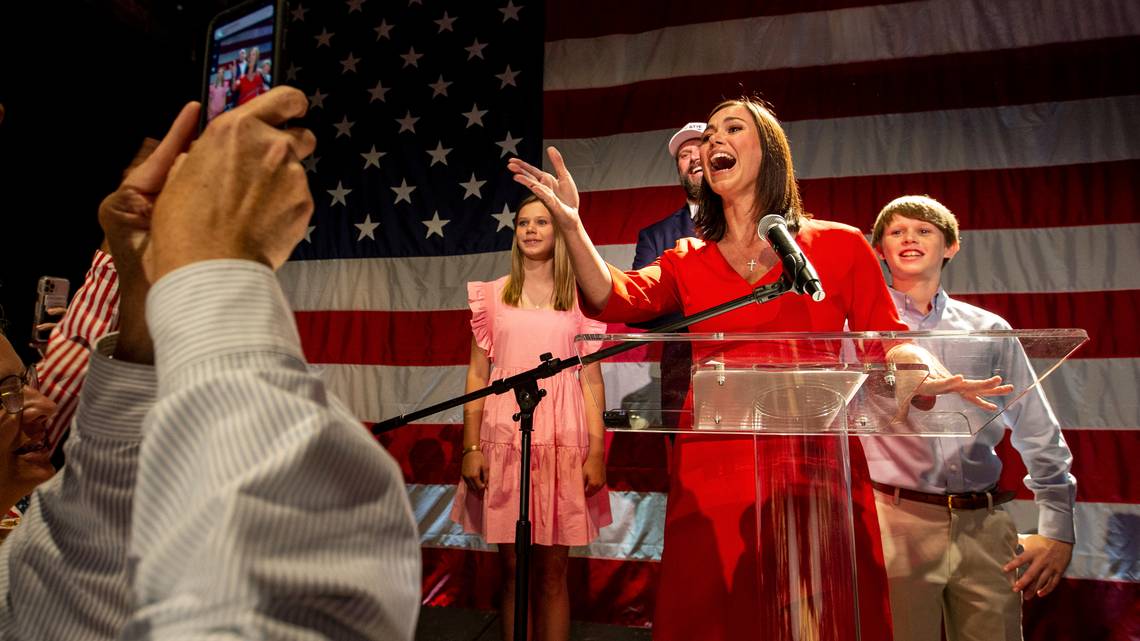 A menace to Mitch McConnell was vanquished in Alabama Tuesday night.

Katie Britt, a first-time candidate aided by a McConnell-aligned super PAC, handily defeated Mo Brooks – a perpetual McConnell antagonist – in a runoff election for the Republican nomination for U.S. Senate.

Rand Paul, who held multiple campaign events for Brooks, conceded before the result that conservative candidates were struggling this year.

“We were on the rise,” Paul said of the lot of outsider, insurgent congressional contenders who have scored wins over the past dozen years. “Now the establishment’s on the rise.”

The resounding double-digit defeat of Brooks, a congressman who attended former President Donald Trump’s Jan. 6 rally before the attack on the U.S. Capitol, eliminates a surefire troublemaker for McConnell, who is attempting to wrest back control of the Senate in November.

The Alabama seat is safely Republican, but Brooks promised to be a cantankerous member of the GOP caucus, whereas Britt is seen as a more traditional Republican member who is conservative but not antagonizing.

Paul traveled to Alabama on Friday to campaign for Brooks in Homewood and Huntsville, Alabama. On Monday evening, he was the featured speaker on a Brooks tele-townhall.

Kentucky’s junior senator said the forces who lined up against Brooks “are the same people who tried to keep me out of the Senate.” Paul characterized Brooks’ opponents as fearful RINOS, nomenclature for Republicans In Name Only. He even called out former President Donald Trump’s un-endorsement of Brooks and late support for Britt.

Trump revoked his endorsement of Brooks after the congressman declared that voters should move past the 2020 election, an obsession that the former president won’t let go of. Once Britt took first in the initial round of voting, Trump jumped on board with his support.

“He’s made some big whopper of mistakes,” Paul added of Trump on Monday evening.

The Senate Leadership Fund, the McConnell super PAC, contributed $2 million to a PAC boosting Britt and after her victory it boasted that their contribution “played a decisive role in ensuring Mo Brooks had no ultimate path to becoming the Republican nominee.”

Brooks tried mightily to make his opposition to McConnell a centerpiece of the race, declaring that he wanted to replace the Republican leader and naming one of his campaign swings the “Fire McConnell” tour.

But analysts said Brooks’ approach fell flat because Britt is a charismatic candidate with no real links to McConnell.

“She is a fresh face with strong Alabama roots so painting her as a creature of the McConnell DC Swamp was a hard sell. And once Trump stuck the knife in and un-endorsed Brooks there was just no real rationale for his candidacy,” said Zac McCrary, a Democratic pollster in Alabama. “Ultimately I don’t think there was ever a credible narrative around Britt and McConnell, it never felt like a Trump vs McConnell race. If it had, then the Trump candidate would swamp the McConnell candidate – but once Trump pulled the plug on Brooks and Britt beat back [a third candidate] Mike Durant, the cake fully baked in favor of Britt.”

The final full-blown anti-McConnell Republican candidate is running in Missouri’s Senate primary in August. Eric Greitens, a former governor who had to resign due to scandal, has called McConnell a “disgusting coward” and accused his allies of leaking damaging information about his ex-wife’s allegations of abuse.

Greitens has led some polling but the race remains competitive with at least two other candidates and the primary isn’t until August.

That’s well over a month for McConnell’s allies and Trump to intervene once again.

David Catanese is a national political correspondent for McClatchy in Washington. He’s covered campaigns for more than a decade, previously working at U.S. News & World Report and Politico. Prior to that he was a television reporter for NBC affiliates in Missouri and North Dakota. You can send tips, smart takes and critiques to [email protected]