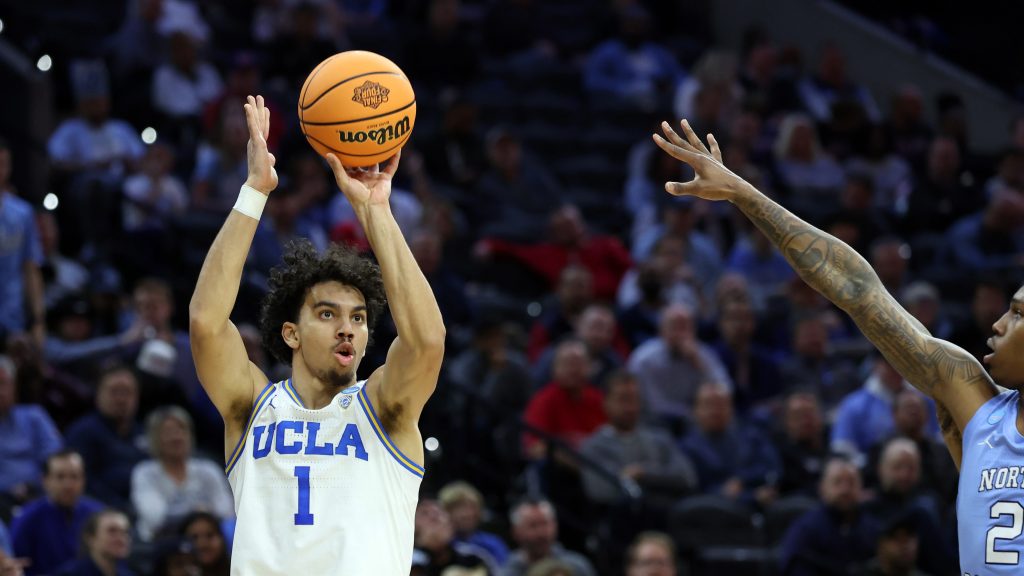 Just because the Los Angeles Lakers do not have a pick in the upcoming NBA draft doesn’t mean they’re not doing their due diligence on draft prospects.

The team is reportedly interested in acquiring a second-round pick, and many expect it to also try to sign at least one undrafted player as a free agent.

One player the Lakers recently brought in for a workout is Jules Bernard, a guard at the University of California, Los Angeles.

Bernard played a full four seasons for the Bruins, and at 6-foot-7, he can play both the shooting guard and small forward positions.

Here is a look at Bernard.

One of Bernard’s biggest strengths is his outside shooting. He is known as a shooter, and his high-water mark in terms of accuracy came last season when, as a junior, he hit 39.6 percent of his 3-point attempts.

This season, however, that figure dropped to 33.7 percent, which may be a red flag.

He can also score a bit off the dribble, as well as in the post, but according to nbascoutinglive.com, his outside shooting tends to be streaky.

Playing on a team that went 27-8 this year, finished second in the Pac 12 and reached the East Regional Semifinal of the NCAA Tournament seems to have helped Bernard’s profile a bit.

Defensively, he has some potential, and he is a pretty good athlete, but he doesn’t particularly stand out in any one facet.

Experts figure he could either get selected towards the end of the second round of the NBA draft or get signed as an undrafted free agent.