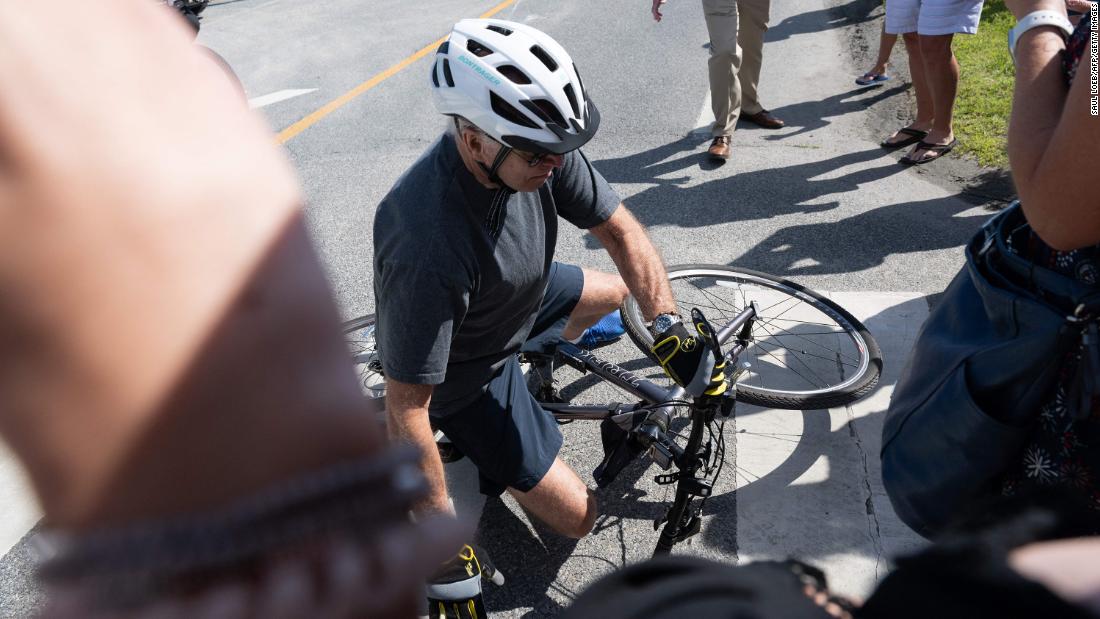 No medical attention is needed, the official added in a statement released to reporters traveling with the President.

“As the President said, his foot got caught on the pedal while dismounting and he is fine. No medical attention is needed. The President looks forward to spending the rest of the day with his family,” the official said.

Biden took a tumble when he was finishing a bike ride alongside first lady Jill Biden. The President deviated from the group as he biked over to a crowd that had gathered nearby. Biden came to a stop and appeared to get his foot caught on the pedal while trying to dismount.

“I got my foot caught” on the toe cage, Biden told reporters traveling with him later. “I’m good.”

US Secret Service agents quickly helped the President up after his fall.

The crowd clapped when the President, who turns 80 in November, got back on his feet. Biden then chatted with the crowd for several minutes, bringing one onlooker over to meet his dog Commander.

Asked by a child in the crowd what it was like to run the country, Biden joked, “Oh, it’s like any other job.”

The Bidens are spending the long weekend at their home in Rehoboth Beach, in part to celebrate their 45th wedding anniversary.

This story has been updated with additional information.