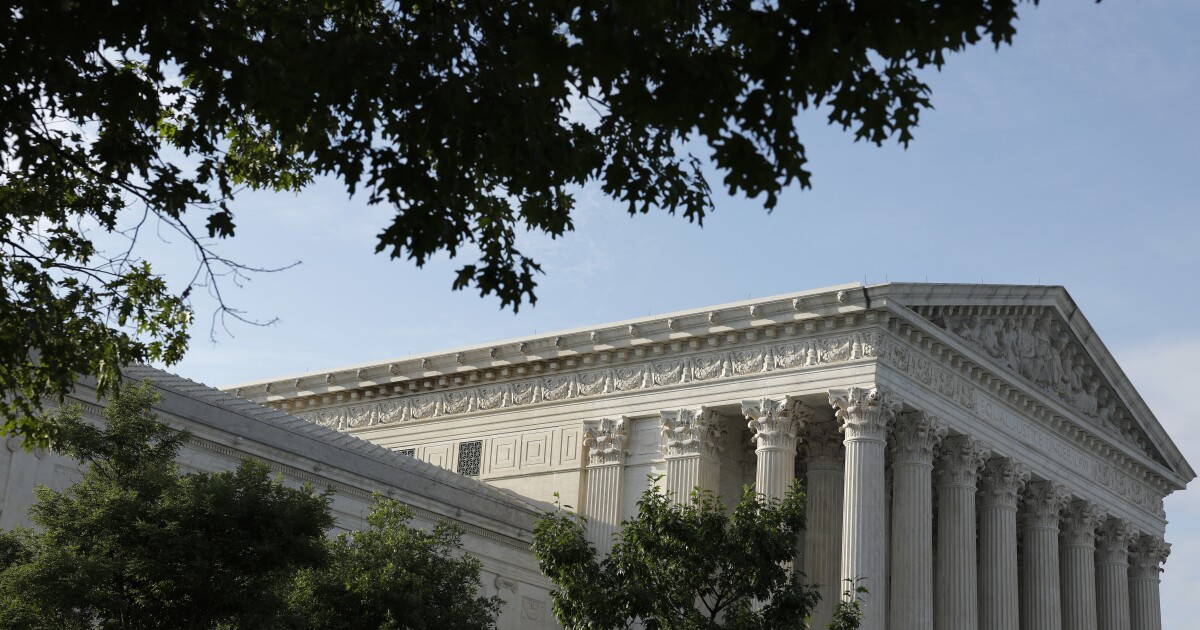 One of the biggest Supreme Court terms in recent memory still has a handful of major cases left on the docket — cases that could that alter the political landscape on abortion, gun control and the environment.

In total, there are 13 decisions yet to be announced this term. The court usually tries to wrap by the end of June, and generally saves the biggest cases for last.

The next opinion date is Thursday. The court probably won’t announce all of the remaining decisions that day, so it is likely that more cases will be decided next week.

Here are the biggest remaining cases:

In the nearly 50 years since the landmark Supreme Court ruling Roe v. Wade found a constitutional right to abortion, conservatives have been working to overturn it. Dobbs v. Jackson Women’s Health Organization is their most serious chance yet.

The case concerns a Mississippi law that bans all abortion past 15 weeks, except in very limited medical circumstances.

A draft opinion leaked in May suggested that five of the court’s conservative justices had decided to overturn Roe, sparking protests nationwide.

But there’s no guarantee that the draft is the court’s final opinion. Notably, reports of the leak did not include how Chief Justice John Roberts planned to vote – should he choose to join the majority, he could re-assign the opinion to himself and change it significantly.

West Virginia v. Environmental Protection Agency is all about the federal government’s ability to create environmental regulations. The challengers are a group of 27 Republican attorneys general, many from states with traditions in the fossil fuel industry, including West Virginia.

Essentially, they argue that the executive branch of government – which includes the EPA – should not be allowed to set rules and regulations around greenhouse gas emissions. Rather, it should be Congress to do so, they say.

Neither of the actual regulations at the heart of the case – the Obama-era Clean Power Plan, and the Trump-era Affordable Clean Energy rule – are currently in effect.

Despite that, a wide-ranging ruling could weaken the federal government’s ability to combat climate change by regulating greenhouse gas emissions.

Read more about the case:

New York State Rifle & Pistol Association, Inc., v. Bruen is the court’s biggest gun control case since 2008, when it ruled that the Second Amendment guaranteed individuals the right to have a gun at home for self-defense.

Now, the court is considering whether states can regulate an individual’s ability to carry a gun outside the home.

The case concerns a New York state law that requires New Yorkers to show a “proper cause” – some sort of special need different from the general public – in order to qualify for an unrestricted license to carry a concealed firearm outside their home.

The law was challenged by two gun owners whose applications were denied based on failure to show such a need.

Biden v. Texas is the case over the so-called “Remain in Mexico” immigration policy, which was enacted by then-President Trump in 2019.

The policy requires many asylum-seekers to stay in Mexico while they wait for asylum hearings – a wait that typically lasts months or years.

The Biden administration has twice tried to end the policy, first in June of last year, and again in October. But lower courts have ordered the administration to reinstate the policy after challenges from Texas and Missouri, who argue that efforts to reverse the policy violated administrative and immigration law.