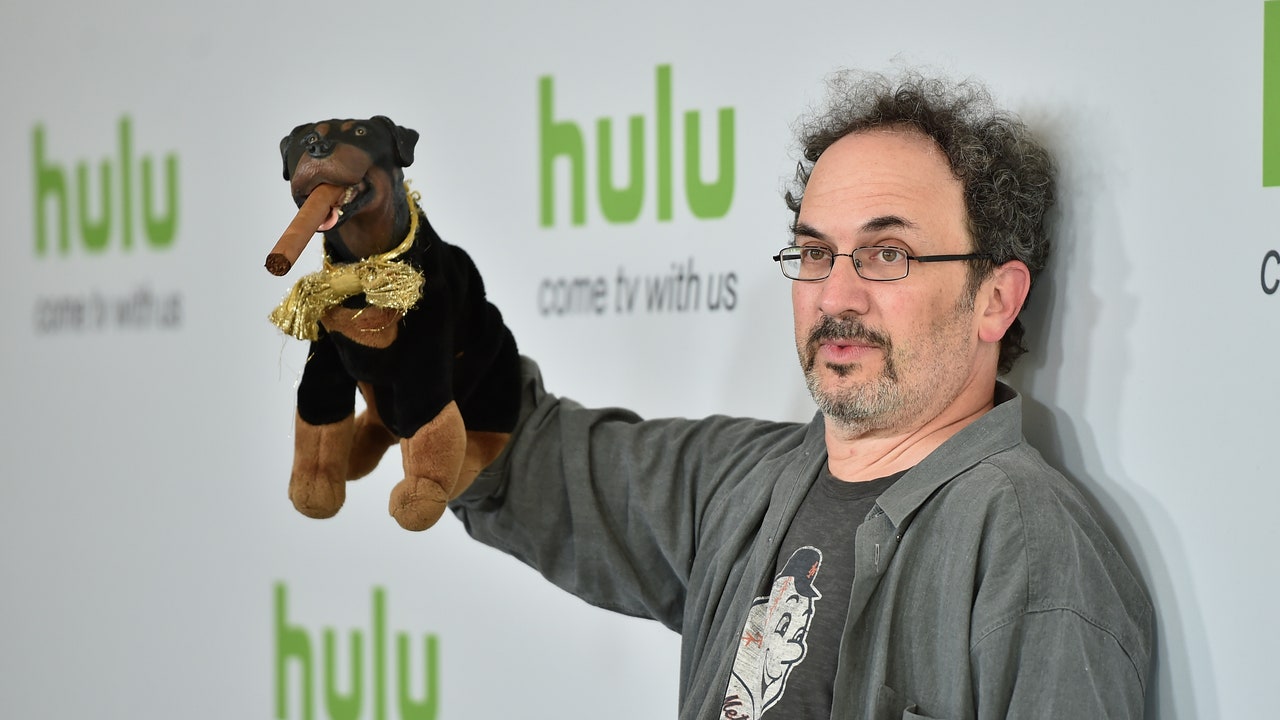 Triumph the Insult Comic Dog, a wisenheimer pooch with a long cigar, a desire to defecate on things he dislikes, and an overall demeanor even Don Rickles would find uncouth, got his start on Late Night with Conan O’Brien in 1997. In 2002, Triumph harassed Star Wars fans outside Manhattan’s since-closed Ziegfeld Theater, in one of the more memorable bits from the era.

The 62-year-old Smigel had his first substantial gig in 1985, joining the Saturday Night Live writing staff. He was responsible for the somewhat controversial “Get A Life” sketch, in which William Shatner ribbed fans at a Star Trek convention. (Gee, sensing a trend!)

For The Dana Carvey Show, he created the animated sketch The Ambiguously Gay Duo, which led to recurring SNL animated sketches called TV Funhouse. He has also co-written several films for Adam Sandler, including You Don’t Mess With The Zohan and Hotel Transylvania. At the Uncut Gems premiere party at Katz’s Delicatessen during the 2019 New York Film Festival, he ate a half-pastrami, half-turkey sandwich.

In early 2020, Smigel/Triumph was in Washington, D.C. during Trump’s second impeachment trial, and made news when he held a “Will Lie For Rubles” sign behind Senator Lindsey Graham (R-S.C.) as he spoke to the press. The offending dog puppet and his owner were later escorted away by security.

This content can also be viewed on the site it originates from.