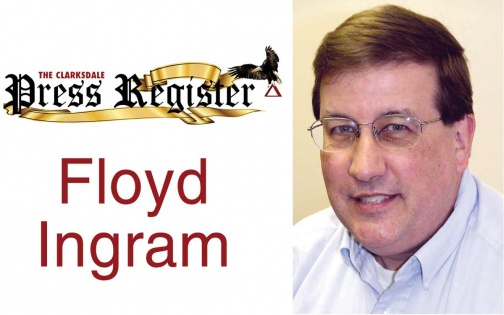 Now before any giggling starts over that headline, let me clarify that my 34th Wedding Anniversary with Sara Reid Ingram and Father’s Day fall just one day apart this year.

On my parents’ 25th wedding anniversary – the genius that I am – I proclaimed to my mother in a moment of revelation that they had been married longer than I had been alive. My mother looked at her boy of 22 years and stated, “Yes, we planned it that way.”

Momma worked hard to teach her boys something new every day.

Father’s Day is not a day any man can celebrate by himself. The same holds true for my 34th wedding anniversary.

I wish I had my father this Father’s Day – actually every day. Daddy passed away Dec. 1, 2007. It seems like so long ago.

Now while my Daddy and I didn’t always see eye-to-eye, he was always my Daddy. A military man, he never made us call him sir, but he did do those things that commanded respect.

He tolerated no harsh words to his wife. He paid the bills. He kept the peace at 132 Jefferson Street in West Point, Mississippi. It was his house and every door had a handle on each side – we could leave any time we wanted and we were always welcomed back – but we followed his rules while we were under his roof.

I think one of the great problems in our society is we don’t celebrate Father’s Day loud enough. Sadly, many children don’t have good memories of their father. Many homes don’t have a father.

Pastors will get on daddies this Sunday and say they don’t do enough. I think most fathers want to do more, but today’s kids have their head stuck in a cellphone or video game and are so far away from that place we call home. I think today’s moms don’t let dads be the Man of the House.

I also think our society works very hard to demean real men. Name the last time you saw a man in a positive, firm, serious and respected role on TV?

As I learned from my Daddy, the biggest part of a father’s job is to provide, keep the peace and keep Momma happy.

The most beautiful woman I have ever seen in my life turned to corner at the front of First Baptist Church in West Point at 1 p.m. Saturday, June 18, 1988.

She had red hair, a white dress and dark brown eyes that still hold sway over my heart to this very day.

Marriage doesn’t mean the same thing to our society and our culture that it did 34 short years ago.

Raising four boys on a newspaperman’s salary has not been easy. The ill winds that blow into everyone’s life have blown through ours.

But we’ve stuck together. Sara has been at my side, watched my back and even taken the lead when she had too. I would be so much less a man without her.

I think that is the key to success in so much of life. You just commit your body and soul to doing something and never stop.

We live in a world where we want it heated up in 30-seconds. We want it delivered the next day. And we want our way right now!

But I’ve found it is the things built over 34 years that bring true joy. The memories, the tears, the laughter, the four boys we share . . .

Happy Anniversary and Happy Father’s Day, Sara. I couldn’t have done it without you.

Floyd Ingram is the Editor of your Clarksdale Press Register. Call him at 662-627-2201 and tell him just how lucky he is to share his life with Sara.