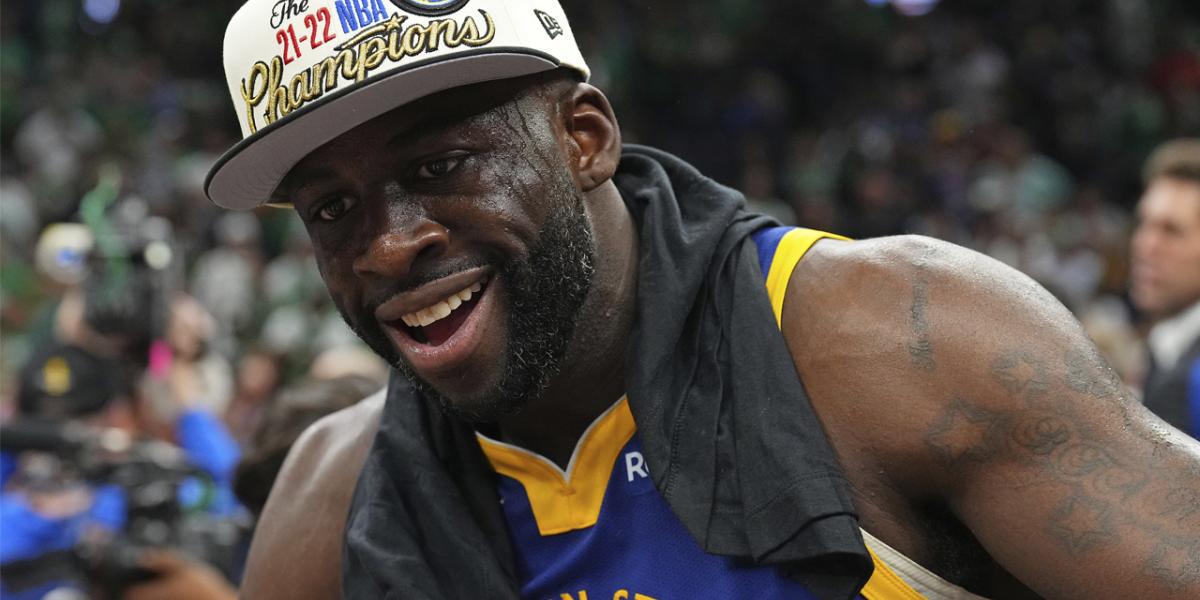 During their quest for an 18th NBA Finals championship, the Boston Celtics provided fans at Game 4 with a shirt featuring a blank banner.

If they had won the series against the Warriors, No. 18 would have fit in the space nicely. What they didn’t consider, however, is the trolling job they would suffer at the hands of Draymond Green if they lost.

After Golden State earned its fourth Finals win in eight seasons by beating Boston in Game 6 at TD Garden Thursday night, Green showed off his penmanship on Friday by making some additions to the Celtics shirt.

Above the empty banner, Green scrawled “WARRIORS” with two arrows pointing to the previously blank slate. He added, “NOPE!! Maybe in 23” with two more arrows inside of the square.

Along with the excellent t-shirt roast, Green spent his morning on a receipt-filled Twitter tirade as he called out naysayers and others who doubted him and his team during the Warriors’ incredible playoff run.

It’s clear that Green is taking no prisoners as he basks in the glory of his fourth NBA title. What isn’t as clear is how the Celtics didn’t see this coming, even though some immediately predicted how the shirts could backfire.

And Green was the most likely person to capitalize on the opportunity after enduring a relentless Boston crowd during the series.

Plus, his roast is right — the Celtics are talented and could very well end up back in the Finals next season.

If they do, they might want to think further ahead when designing their shirts.