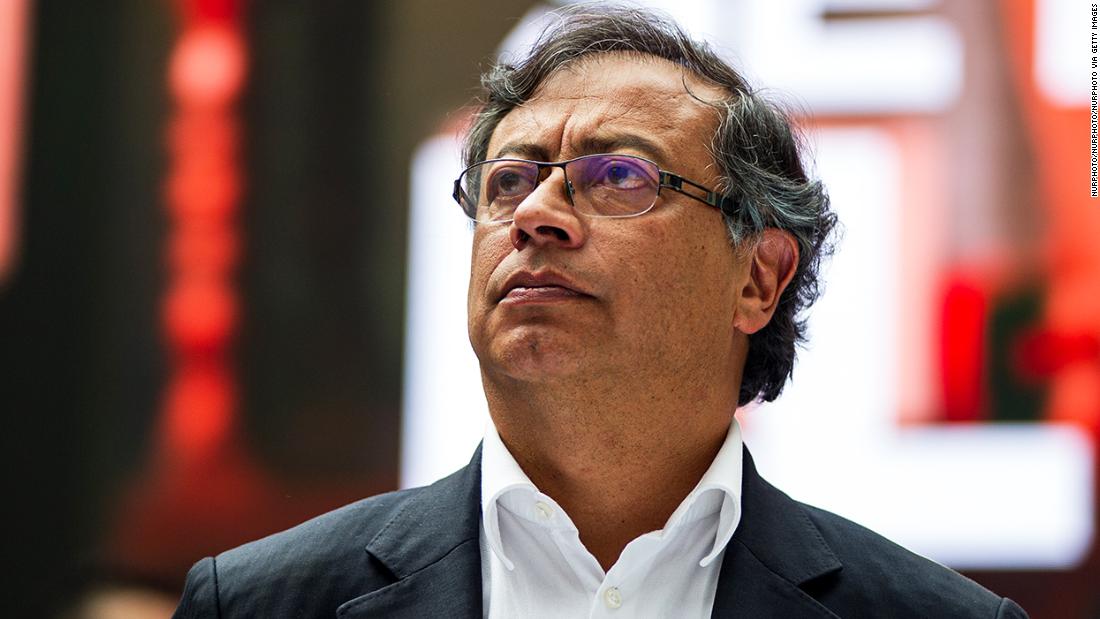 The former guerrilla won by a slim margin with over 50% of the votes, against 77-year-old entrepreneur Rodolfo Hernandez. In this historic win, his running mate Francia Marquez will now become the first Afro-Colombian to hold executive powers.

During his victory speech on Sunday night, Petro said he is open to dialogue with Hernandez. He also called for a Great National agreement to end violence in the country, saying, “What is coming here is real change, real change. That is what we are committing our lives to. We will not betray the electorate that has demanded that Colombia change from today.”

“Let’s celebrate the first popular victory. May so many sufferings be cushioned in the joy that today floods the heart of the homeland,” Petro tweeted in celebration on Sunday night.

Outgoing Colombian President Ivan Duque said he called Petro to congratulate him on his victory and that they had “agreed to meet in the coming days to initiate a harmonious, institutional and transparent transition.”

“I accept the result as it should be if we want our institutions to be strong. I sincerely hope that this decision that has been taken is beneficial for all and that Colombia is heading towards the change that prevailed in the vote in the first round,” he said.

Hernandez also said he hopes Petro knows how to lead the country and that “(Petro) is faithful to his speech against corruption and that he does not disappoint those who trust him.”

Both candidates had run on promises of change, seeking to take advantage of how many Colombians are fed up with Duque — a leader whose tenure has been defined by his administration’s handling of police conduct, inequality, and clashes between organized criminal groups.

Petro, 62, had already seen two failed presidential bids in 2010 and 2018. Sunday’s run-off vote suggests that he has finally overcome the hesitation of voters who once saw him a radical left-wing outsider — no small feat for a politician looking to win over one of South America’s most conservative countries.

The support Petro has garnered can be partially attributed to Colombia’s worsening socioeconomic situation, including deteriorating living conditions, made worse by the impact of the Covid-19 pandemic and the impact of the war in Ukraine.

While Colombia has seen impressive economic growth in recent years, inequality rates remain among the world’s highest, with nearly half of Colombians saying that the economy is headed in the wrong direction, according to a recent Gallup poll.

Petro has historically campaigned in favor of higher corporate taxes and public subsidies for the working class and the poor, a tactic that might help him draw more people from that demographic to his camp.

Petro’s party and allies were already the largest bloc in the Senate — though they do not control a majority of seats.

Born in the rural north Colombian town of Ciénaga de Oro, Petro spent his youth in the ranks of a leftist guerrilla movement, the 19th of April Movement (M19) — founded to protest against allegations of fraud in the 1970 elections.

The group was part of a so-called second wave of guerrilla movements in the country that swept the region in the 1970s under the influence of the Cuban Revolution.

M19 was associated with illegal activity — including alleged kidnappings for ransom — but Petro says he carried out legal activities that aimed to mobilize people to stand up to what he called a “false democracy,” even serving as a councilman in the city of Zipaquirá.

Petro was detained by the police in 1985 for concealing weapons. Shortly after, M19 launched an attack to take over Bogota’s Supreme Court building that left at least 98 people killed, including 12 magistrates (11 are still missing). Petro denies he was involved in the assault, which took place while he was behind bars.

By the time Petro was released in 1987, after 18 months in military jail, his ideological perspective had changed. He said that time helped him realize that an armed revolution was not the best strategy to win popular support.

Two years later, M19 entered peace negotiations with the Colombian state, with Petro ready to fight the system from the inside.

Since losing the 2018 election, Petro has consistently tried to play down fears that his economic plan — which also proposes a halt to fossil fuel explorations and renegotiation of international trade agreements — is “too radical” for Colombia. He has since surrounded himself with more traditional politicians who could build bridges with the establishment.

Now, he’s presenting himself as a new type of progressive.

In April, he signed a pledge not to expropriate any private land if elected. He’s also tipped a moderate to be his economic minister, and has sought to make international ties with new progressives, such as the United States’ Congressional Progressive Caucus, rather than traditional left-wing leaders like Bolivia’s Evo Morales.

His critics have said he is too intellectual and detached — if not outright pedantic, with even his own campaign team referring to him as “the Petroxplainer,” given his tendency to lecture.

To counter this, he’s been campaigning in some of the country’s most impoverished areas, where he’s been chatting with locals in conversations streamed on Instagram.

Petro bet on Colombians to believe in him as an evolved politician, telling CNN that he’s managed to successfully combine his revolutionary zeal with practice public management.

Next, the former guerrilla — whose nom-de-guerre Aureliano Buendia is taken from writer Gabriel Garcia Marquez’s magical realism classic, One Hundred Years of Solitude — hopes to trigger a scientific revolution in Colombia, asking economists to run through his proposals.

“Magical realism comes from the heart while my scientific proposals are from the brain. To rule you need them both,” he said.