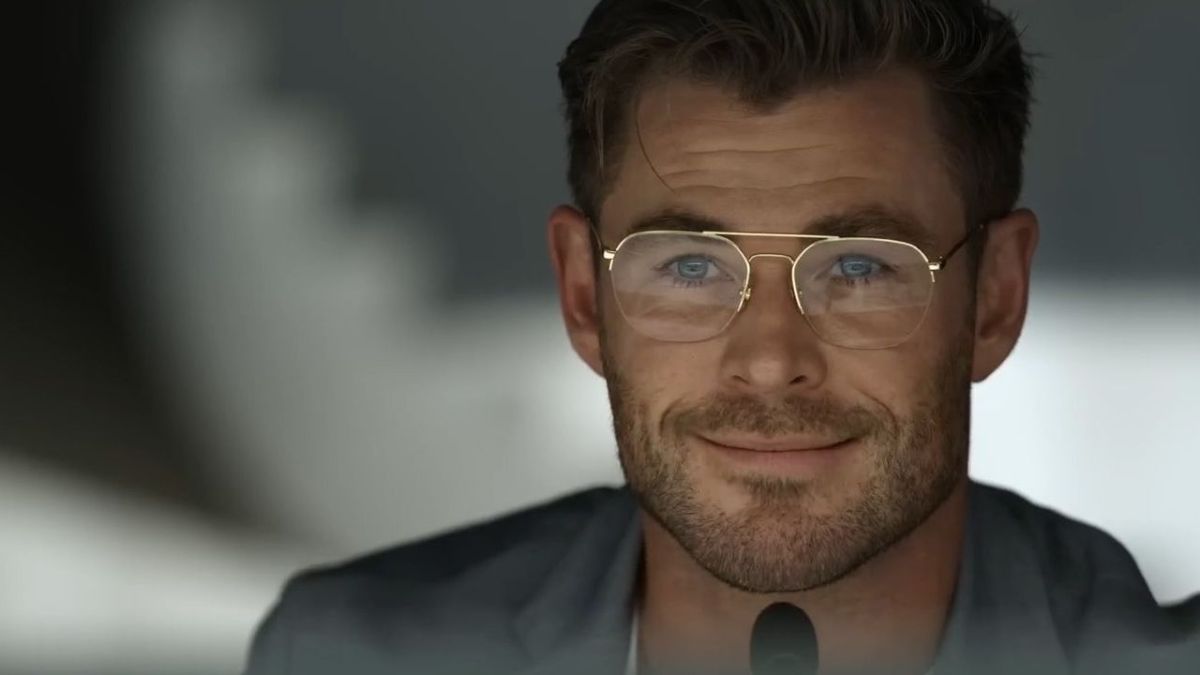 Light spoilers for Netflix’s Spiderhead are present, so read at your own risk.

Just ahead of Chris Hemsworth’s return to Marvel with Thor: Love and Thunder, the actor appears in the sci-fi thriller Spiderhead. In the new Netflix movie release, the Aussie actor plays the director of a program that uses convicts as medical subjects for experimental, emotion-altering drugs. And as it turns out, there’s one key moment from the movie that Hemsworth admits he was “scared” to shoot.

CinemaBlend’s own Sean O’Connell spoke to Chris Hemsworth and the Spiderhead cast and, during the interview, the actor shared that he founding having to portray his character as being afflicted by the Darkenfloxx drug was a particularly daunting task. In his words:

Science fiction concepts like the ones seen in the Netflix movie can be difficult to execute performance-wise, because the actor has to make us believe in aa reality we’ve never seen before. Though Chris Hemsworth had trepidations about playing someone under the influence of the Darkenfloxx in a scene, he made it work. In order to push through it, the Thor actor said he just went for it rather than thinking too hard about how he would play each element of the scene.

Spiderhead is based on the short story “Escape from Spiderhead” by George Saunders, which was initially published in The New Yorker in 2010. The movie follows Chris Hemsworth’s character, Steve Abnesti ,as he tests a behavior-altering drug on convicts played by Miles Teller, Jurnee Smolett, Tess Haubrich and more.

The movie was written by Deadpool and Zombieland scribes Rhett Reese and Paul Wernick and helmed by Joseph Kosinski, who is already seen massive success over last few weeks, thanks to his directorial efforts on Top Gun: Maverick. The Tom Cruise-led movie just became the actor’s highest-grossing domestic movie, with its domestic cume currently at $422 million and its worldwide haul of $806 million.

This movie marks Miles Teller’s third collaboration with Joseph Kosinski. Aside from starring as one of the viral heartthrobs of Top Gun , Teller also worked with him on the 2017 firefighter drama, Only The Brave. Their new streaming release has been met with mixed reviews from critics and audiences thus far.

When it comes to Chris Hemsworth, fans will surely be excited to see him return to the Marvel Cinematic Universe and suit up as Thor once more. And given he’s so comfortable with the MCU and his character, I doubt any scenes will truly shock or scare him like his major moment in the sci-fi flick did.

You can check out Chris Hemsworth’s work in Spiderhead by grabbing a Netflix subscription, and you can see him return as the God of Thunder when Thor: Love and Thunder hits theaters on July 8th.