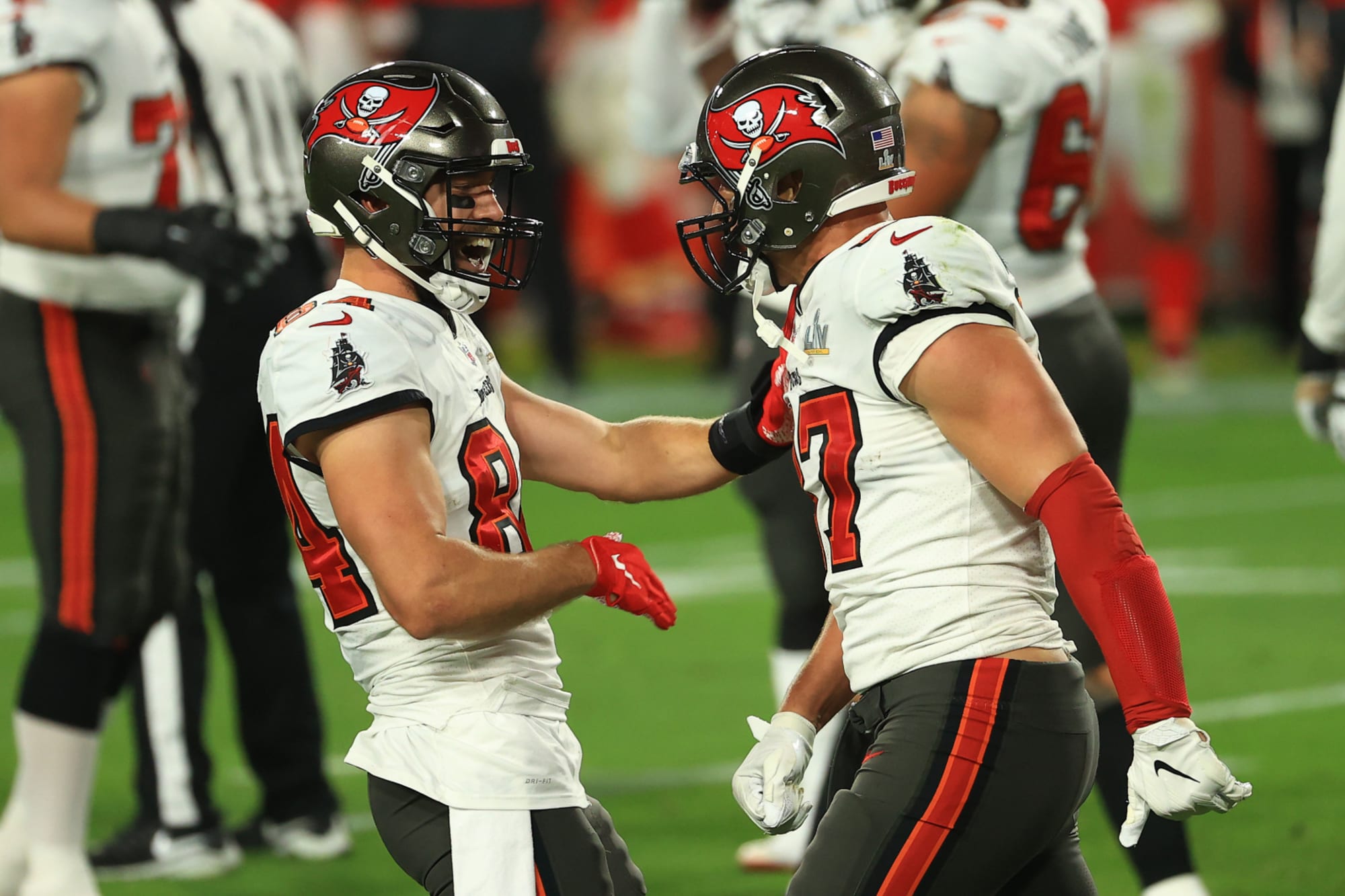 Arguably the greatest tight end of all time, Rob Gronkowski, has called it a career (again). Fortunately, the Tampa Bay Buccaneers are in great shape thanks to smartly preparing for the inevitable.

Rob Gronkowski has decided to hang up the cleats once again and call it a career, and this time it appears to be permanent. The news was first broken on Twitter by Jordan Schultz.

An all-time great officially hangs em up at 33 years old.

Naturally, some are starting to panic as to what will become of the Buccaneers’ tight end situation going forward. In the words of Kevin Bacon in Animal House, “Remain calm. All is well.”

Jason Licht and company have done a fantastic job preparing for life in Tampa Bay if Gronk, arguably the greatest tight end in NFL history and second greatest in Buccaneers’ history, decided to return, or if he decided to walk off into the sunset.

The Bucs drafted two tight ends, and both compliment each other splendidly. Fourth-round pick Cade Otton is the more natural receiver, with great run-after-the-catch skills. Ko Kieft meanwhile, the tight end they drafted in the sixth round, is an absolute bowling ball of a tight end, whose biggest strength is his blocking. Both tight ends put together essentially equal one Gronk as far as their best skill sets are concerned. Obviously, we’ll wait and see what the production produces.

Sure, neither were seen as “first-round talents”, and their draft spots reflect as such, but with tight ends that doesn’t matter. Great tight ends are rarely drafted in the first round or even any early rounds at all. Besides, with Tom Brady throwing them the football, they’ll come into the league with something of a silver spoon.

They’ll also have a veteran presence to guide them. Nobody exemplifies the point of tight ends not needing to be first-round talents than Cameron Brate. The undrafted Brate looks to once again be the Bucs starting tight end. Of course, that isn’t as “glamorous” as Gronkowski being at the top of the depth chart, but there are far worse situations to be in at tight end.

Now, while he may not get the recognition he deserves around the league, Bucs fans have come to appreciate just how reliable ol’ reliable has been for them. The Ivy Leaguer never misses time, and if the best ability truly is availability, then start getting him fitted for his gold jacket. Now the de facto starter, Brate is in a great (Brate?) position to thrive thanks to the growing rapport he’s developed with Brady.

As alluded to earlier, Brady is probably the biggest reason why the tight end room is in a good spot. Throughout his career, he has always made his tight ends better, like every other position on the team, which is why every team he’s on has been able to utilize multiple players at the position at a time.

For what it’s worth, the notion of two rookie tight ends and an aging veteran might not seem ideal. However, in 2010 the New England Patriots had an ancient Alge Crumpler at tight ends to go along with two non-first round rookies in Gronk and Aaron Hernandez. The next year Brady and the two young tight ends were in the Super Bowl. Do with that what you will.

The news of the retirement of Rob Gronkowski may be a lot to take in and process. An instinct may be to comb the free agent market, but with the way they’ve already prepared, it may not be completely necessary. Once the initial wave of emotion subsides, clear eyes can see that the Tampa Bay Buccaneers are still in good shape, even with their full hearts.