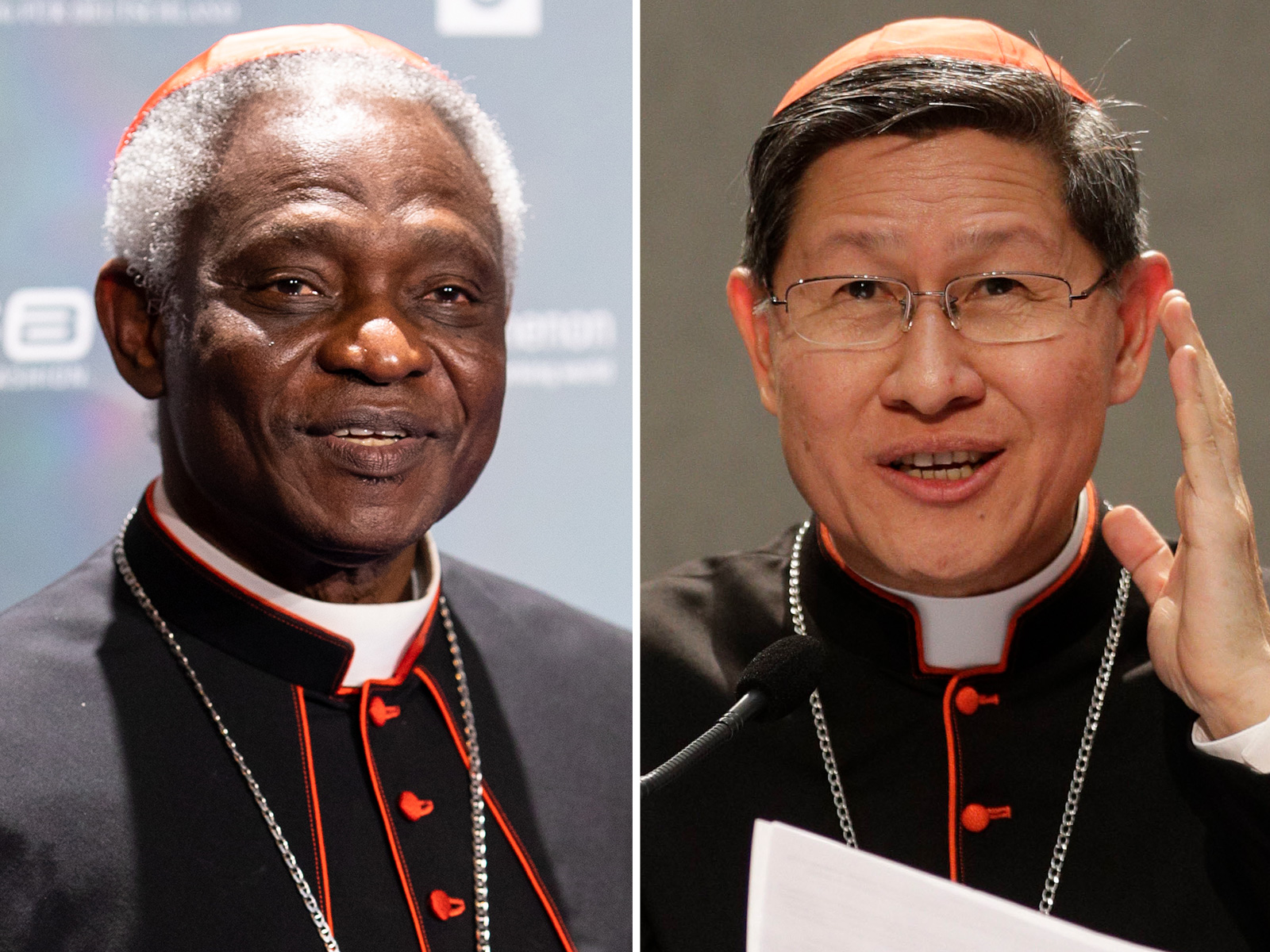 As rumors continue to swirl that Pope Francis may soon resign, bookmakers predict a Black or Asian cardinal could succeed him.

Speculation about Francis’ future has grown after the Vatican announced earlier this month that he would not be going on a planned trip to the Democratic Republic of the Congo and South Sudan in July. The Vatican cited Francis’ knee ailment, which has forced the 85-year-old to use a wheelchair for at least a month.

Meanwhile, plans to visit the Italian city of L’Aquila in August for a feast have been viewed as an effort to cement his legacy, adding fuel to speculation that Francis could soon follow in Pope Benedict XVI’s footsteps and step down from leading the Catholic Church.

If he does, a conclave of cardinals will secretly elect Francis’ successor.

And while Catholic hierarchy has been dominated by Europeans for most of the church’s history, bookmakers have tipped cardinals from Africa and Asia as favorites to be elected the next pope.

Cardinal Luis Antonio Tagle from the Philippines has been given 5/1 odds of being elected the next pope by British bookmakers OLBG. Also highly favored to replace Francis is Ghanaian Cardinal Peter Turkson, who has been given odds of 6/1.

Bookmaker Paddy Power has Turkson at 4/1, while Tagle is priced at 6/1.

Tagle, the former archbishop of Manila who was made a cardinal by Benedict XVI, is viewed as a top papal contender thanks to a series of promotions that make Francis’ esteem for him clear.

Dubbed the “Asian Francis” in Catholic media, the 64-year-old was appointed by Francis in 2019 to lead the Congregation for the Evangelization of Peoples, which oversees the church in Asia, Africa and other mission territories. Francis later made Tagle a cardinal-bishop.

Turkson, 73, has long been viewed as a papabile, a term for someone considered a possible or likely candidate to be elected pope.

If elected, he would be the first African pope for more than 1,500 years.

Turkson late last year resigned his role as head of the Dicastery for Integral Human Development, a Vatican department formed in 2016 to deal with issues including migration, charities, justice and peace. It has been plagued by management issues and turf wars, Reuters reported, citing Vatican sources.

Other candidates favored by bookmakers inlcude Italian Angelo Scola, who OBLG has given odds of 6/1 of being elected the next pope.

Canadian Marc Ouelett is priced at 7/1, while Austrian Christoph Schonborn and American Raymond Leo Burke have both been given odds of 8/1.