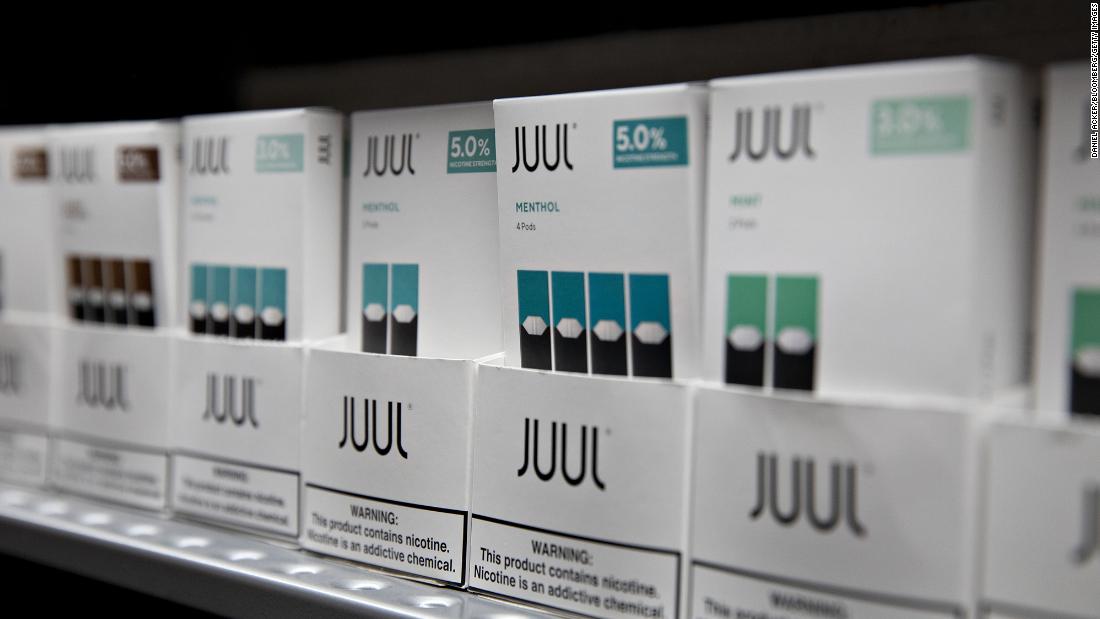 The Wall Street Journal reported Wednesday that the FDA could order the e-cigarette maker to remove its products as early as Wednesday following a several years review of the brand regarding concerns that it may have helped fuel vaping’s popularity among underage users. The FDA hasn’t formally announced a move as of yet, and CNN has been unable to verify the Journal’s report

An FDA spokesperson told CNN the agency could not provide any information at this time. Juul Labs did not immediately respond to CNN’s request for comment.

Altria shares tumbled 8% Wednesday and the stock has fallen 13% this year. The company invested $12.8 billion for a 35% stake in Juul in 2018. The deal quickly went south as concerns mounted about the health risks of vaping, and US regulators pushed for a crackdown on e-cigarettes. Juul was also criticized for selling vape pods with flavors such as mango, creme and cucumber that became popular with teens.

In 2019, the company ended sales of its flavored products in the United States. That move came shortly before the FDA banned all vaping flavors except tobacco and menthol at the start of 2020.

Altria (MO), which sells Marlboro, Virginia Slims and Parliament cigarettes in the United States, announced in 2020 that it took a $4.1 billion charge related to its Juul investment. The tobacco giant cited “the increased number of legal cases pending against Juul and the expectation that the number of legal cases against Juul will continue to increase.”
That followed Altria’s 2019 announcement of a $4.5 billion write down on its stake in Juul. At the end of last year, Altria said its Juul investment was worth less than $2 billion.

The Journal notes that Juul “could pursue an appeal through the FDA, challenge the decision in court or file a revised application for its products.”

This move comes after the Biden administration signaled Tuesday that it will develop a proposed rule to establish a maximum nicotine level in cigarettes and other tobacco products that will essentially lower the amount of nicotine in products available in the US. It is a step that no other administration has taken before and is one public health experts say would be transformative if enacted.

Though e-cigarette products have been allowed to remain on the market for years, in 2020, the FDA asked the companies to submit applications to keep products on the market.